Under Thomas von Planta’s presidency, the insurer is to become even more European and digital. For the Basler, however, the mandate is a return to his own roots.

The Roche Towers may be higher, of course. But the new Baloise Park is Basel’s first calling card that a visitor sees when leaving the train station in the direction of the city center: where the bronze-colored Hotel Hilton once exuded the charm of the 1970s, a light-glass ensemble now characterizes the gateway to City.

“There used to be no red light here when turning right,” says Thomas von Planta and points to it the big intersection between the train station, the Baloise building and the striking tower of the BIS – the meeting point of the world’s central banks. The President of the Baloise, who was newly elected in the spring, receives a media talk on the first floor of the southern building. It is one of the first since he took office.

Von Planta has been a member of the Board of Directors since 2017; nevertheless, the Presidium represents a return to Basel for him. “The circle is coming full circle,” he says. Planta’s way to school used to be right here: at half past seven he turned the corner on his bike into the Aeschengraben, and at twenty before lessons began at the grammar school on Münsterplatz. The 59-year-old bears the name of an old Engadin family whose roots can be traced back to the 13th century. But his grandfather had already moved from Graubünden to Basel because of love. His parents grew up on the knee of the Rhine, and so Thomas von Planta is also a real Basel native, although he currently lives with his wife in Zurich.

There Planta, who had lived in Basel until completing his law degree and temporarily in Geneva, moved out in 1992. He followed the call of the US investment bank Goldman Sachs Branch in Limmatstadt is currently being converted into an independent bank. Von Planta accompanied the process as General Counsel, but soon wanted to no longer just be responsible for legal issues, but rather become an investment banker himself. Accordingly, he moved to Frankfurt for the bank in 1996 and later to London.

He developed into a specialist in corporate finance and supported capital raising, mergers and IPOs. A lot happened in Germany after the fall of the Wall, with numerous East German state-owned companies and Deutsche Telekom being privatized. Later von Planta was involved in the partial privatization of Swisscom in this country. There were exciting assignments and work colleagues at Goldman Sachs: von Planta said he was lucky enough to be able to work on projects with Hank Paulson, who later became CEO of Goldman Sachs and US Treasury Secretary from 2006. He calls his ten an “apprentice” Years with the bank.

When Goldman Sachs went public in 1999 began to change and was more shaped by traders, von Planta wanted to turn to new shores. “I’ve always been a banker, not a trader,” he says. Also for family reasons he moved back from London to Switzerland in 2002.

At Bank Vontobel, which was in a difficult situation at the time, he was now in charge of corporate finance, ad interim investment banking. “I saw a way into the future – otherwise I would not have accepted the task.”

The turnaround succeeded, but after almost five years they parted ways Ways. Von Planta built up a new business as an independent corporate finance consultant. This was followed by an appointment to the board of directors of the newly established Bellevue Group after the merger with Swissfirst, which concentrated on asset management for institutional clients as well as on brokerage and financial analysis (Bank am Bellevue). Planta became President of the Group in 2015, but resigned this position in 2019 to become a member of the Board of Directors of the investment company BB Biotech, the most important investment vehicle of the Bellevue Group. While he ceased his advisory work to take over the Baloise Presidium, von Planta retained this mandate.

Von Planta has dealt extensively with the biotech industry over the years, which began to separate from the pharmaceutical industry in the late 1980s. He now sees a similar tipping point approaching insurers with the upcoming technological challenges – keyword Insurtech.

The Baloise at the crossroads

With Basler Versicherung, von Planta does not take on a problem, but a solidly positioned company. The challenge for Swiss insurance companies, however, is that their home market is saturated – for further growth they are almost forced to expand abroad.

With its business in Germany, Liechtenstein, Luxembourg and Belgium – the latter has been strengthened by two acquisitions – the Baloise has an existing basis for the other Expansion in Europe. However, around 70% of the income still comes from Switzerland. Von Planta’s goal is to bring the volume of foreign business closer to the level of the home market, “in order to strengthen the group and create added value for investors”. In addition to organic growth, he also wants to look around for further purchase opportunities; whereby, as an expert in corporate transactions, he does not look into the cards to see which objects are in focus. It is important to prepare in order to be able to act at the right moment.

Von Planta’s task will also be to give the national companies room for development – the insurance business is still localized – and at the same time to strengthen synergies: between the national units, but also between insurance and asset management and their own bank soba. The exchange with the two ecosystems that the insurance company is building on the topics of mobility and home ownership should also become even closer.

Von Planta is not a big fan of permanent home office work – “The work takes place in the office and outside with customers and partners,” he says , «And additionally in the home office». The corporate culture cannot be maintained in front of the screen.

Von Planta is a courteous but also cautious interlocutor. Whether for the acquisition strategy or the new cooperation with UBS in the home ecosystem: He prefers not to promise anything that may not be able to be kept. He always moves through structures that were shaped by the former President of the Baloise, Andreas Burckhardt. This applies to the Baloise Park, which opened during the pandemic, as well as to the strategy called “Simply Safe 2”, which will run until 2025.

Since von Planta has been part of the Board of Directors for several years, it should be clear that the 59-year-old is an evolution of the Baloise, not a Revolution is required. Against the background of the digital upheaval that the insurance industry is going through, there is still a great chance that insurance will look completely different after his term in office than it does today. Von Planta certainly has the tools to tackle such changes. Mushroom poisonings in China responsible for deaths in 2021

Cases linked to wild mushroom poisoning in China declined slightly this past year but still pose a huge problem in the country, according to researchers. In 2021, there were 327 investigations involving 923 patients and 20 deaths. Mushroom poisoning incidents and patients were more than 2019 but less than 2020 as deaths slightly decreased. The…
Read More 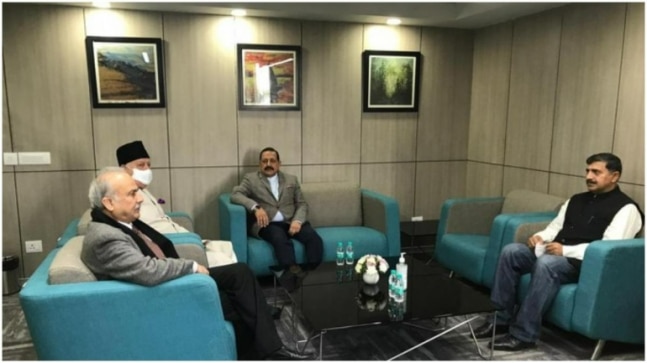 Invalid EmailSomething went wrong, please try again later.We use your sign-up to provide content in ways you've consented to and to improve our understanding of you. This may include adverts from us and 3rd parties based on our understanding. You can unsubscribe at any time.More infoGemma Collins treated her to dinner at one of London’s…
Read More 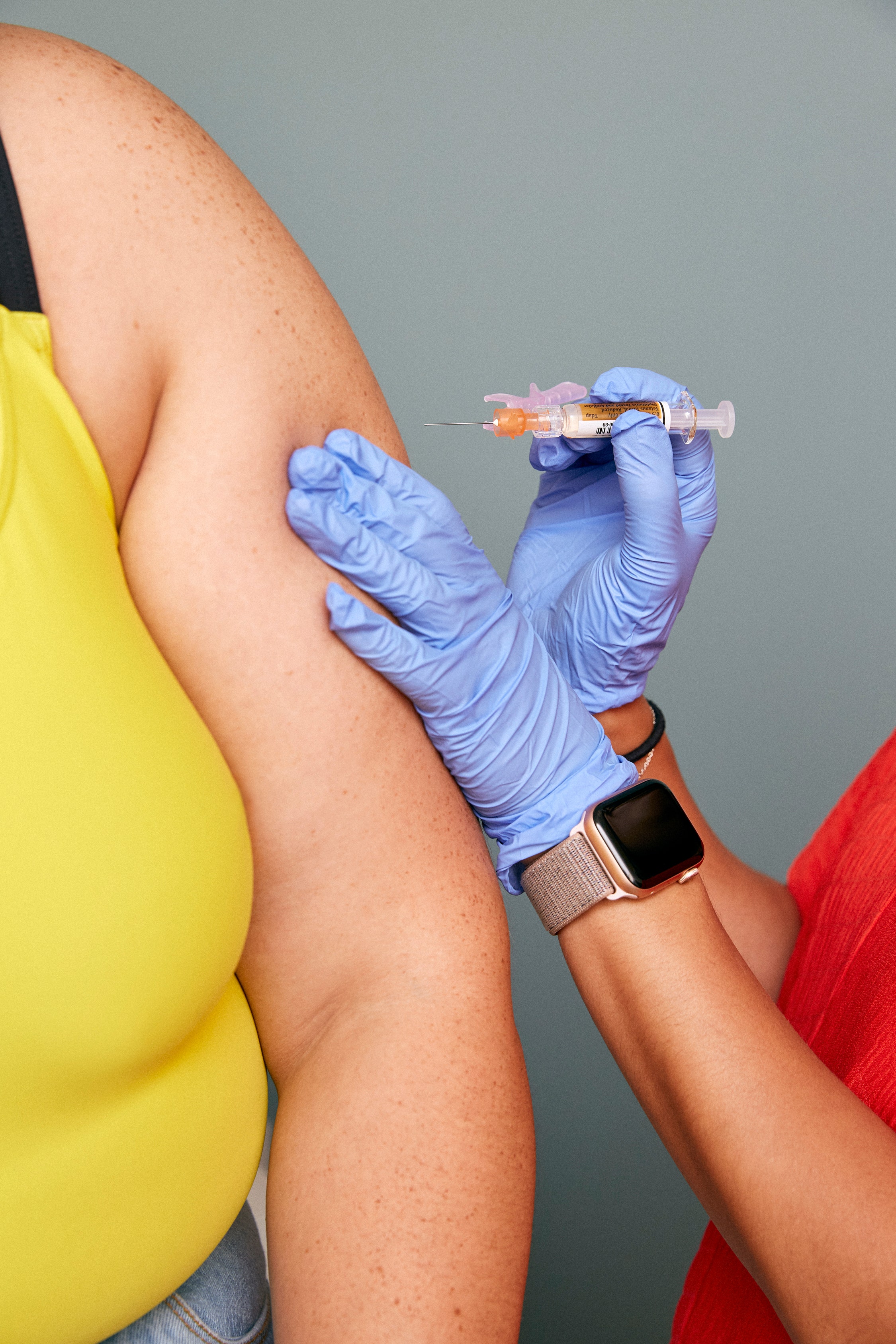 The U.S. Food and Drug Administration (FDA) announced on Monday that it has approved the Moderna COVID-19 vaccine for individuals aged 18 years and older. This makes Moderna the second vaccine to gain FDA approval, after the Pfizer/BioNTech vaccine in August 2021. The U.S. joins countries such as Japan, Canada, the U.K., and Israel, where…
Read More

When it comes to eating healthily, Very Hungry Greek proves that nutritious food doesn’t have to skimp on flavour and can truly make the soul sing. Written by social media influencer and talented cook Christina Kynigos, the cookery book showcases 100 soul-satisfying dishes from across the globe. With each recipe taking 30 minutes or less…
Read More 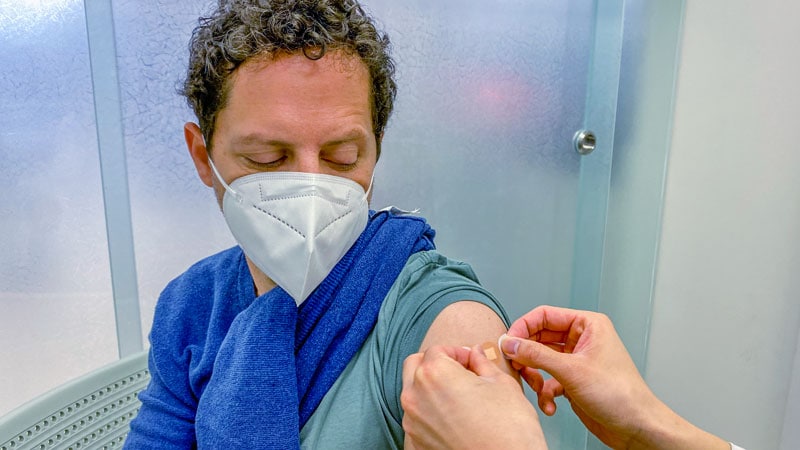 Editor's note: Find the latest COVID-19 news and guidance in Medscape's Coronavirus Resource Center. Parents who keep up to date with their COVID-19 vaccines may help protect their unvaccinated children from the disease in the process, new research shows. Having one fully vaccinated parent reduced the risk for infection with the original strain of SARS-CoV-2…
Read More
Index Of News
Consider making some contribution to keep us going. We are donation based team who works to bring the best content to the readers. Every donation matters.
Donate Now
Total
0
Share