Now that schools have welcomed students back to classrooms, they face a new challenge: a shortage of teachers and staff the likes of which some districts say they have never seen.

Public schools have struggled for years with teacher shortages, particularly in math, science, special education and languages. But the coronavirus pandemic has exacerbated the problem. The stress of teaching in the COVID-19 era has triggered a spike in retirements and resignations. Schools also need to hire staffers like tutors and special aides to make up for learning losses and more teachers to run online school for those not ready to return.

Teacher shortages and difficulties filling openings have been reported in Tennessee, New Jersey and South Dakota, where one district started the school year with 120 teacher vacancies. Across Texas, the main districts in Houston, Waco and elsewhere reported hundreds of teaching vacancies at the start of the year.

Several schools nationwide have had to shut classrooms because of a lack of teachers.

In Michigan, Eastpointe Community Schools abruptly moved its middle school back to remote learning this week because it doesn’t have enough teachers. The small district north of Detroit has 43 positions vacant — a quarter of its teaching staff. When several middle school teachers resigned without notice last week, the district shifted to online classes to avoid sending in unqualified substitutes, spokeswoman Caitlyn Kienitz said.

“You don’t want just an adult who can pass a background check, you want a teacher in front of your kids,” Kienitz said. “This is obviously not ideal, but we’re able to make sure they’re getting each subject area from a teacher certified to teach it.”

According to a June survey of 2,690 members of the National Education Association, 32% said the pandemic drove them to plan to leave the profession earlier than expected. Another survey by the RAND Corp. said the pandemic exacerbated attrition, burnout and stress on teachers, who were almost twice as likely as other employed adults to feel frequent job-related stress and almost three times more likely to experience depression.

The lack of teachers is “really a nationwide issue and definitely a statewide issue,” said Linda Darling-Hammond, president of California’s State Board of Education.

“This is the most acute shortage of labor we have ever had,” associate superintendent Tony Wold said. “We opened this year with 50 — that’s five-zero — teaching positions open. That means students are going to 50 classrooms that do not have a permanent teacher.”

There are an additional 100 openings for non-credentialed but critical staff like instructional aides — who help English learners and special needs students — custodians, cafeteria workers and others, Wold said.

Schools try to fill in with substitutes, but they’re in short supply, too. Only about a quarter of the pool of 1,000 qualified substitutes is willing to work in Fresno Unified, said Nikki Henry, a spokeswoman for the central California district with 70,000 students and 12,000 staffers.

At Berkeley High School, a shortage of substitutes means teachers are asked to fill in during their prep periods, leading to exhaustion and burnout typically not felt at the start of a school year.

“We are absolutely strained. This has been an incredibly stressful start to the year,” said Hasmig Minassian, a ninth-grade teacher who describes physical and mental exhaustion as she tries to juggle staffing needs and the emotional needs of students who are showing signs of more mental fragility and learning loss.

“It doesn’t feel like there are enough adults on these campuses to keep kids really safe. We feel short-staffed in a way we’ve never felt before,” she said. “You know the early videos of nurses crying in their cars? I kind of expect those to come out about teachers.”

The California shortages range from dire to less severe in places that planned ahead and beat the competition, but those are the minority, said Darling-Hammond of the board of education.

Money is not the problem. School districts have the funds to hire staff, thanks to billions in federal and state pandemic relief funding.

“We’re all competing for a shrinking piece of the pie,” said Mike Ghelber, assistant superintendent at the Morongo Unified School District in the Mojave Desert, which has more than 200 openings for special education aides, custodians, cafeteria workers and others. “I don’t know if everybody is getting snatched up, or if they don’t want to teach in the COVID era, but it’s like the well has dried up.”

The district of 8,000 students has ads in newspapers, radio and social media. Teachers are packing “now hiring” flyers into kids’ lunchboxes, with a long list of openings so families can spread the word. In the meantime, everyone is pitching in.

“Principals and administrators are out being crossing guards. Secretaries are directing traffic because we’re short on supervisors,” Ghelber said.

Mount Diablo Unified School District, which serves 28,000 students east of San Francisco, has had to fill several elementary school classrooms at the maximum capacity of 32 students. It’s not ideal for social distancing but frees up teachers for online school.

About 150 kids initially signed up for distance learning, but with spiking infections blamed on the highly contagious delta variant, the number ballooned to 600 when school reopened. The same happened in Fresno, where enrollment in remote learning exploded to 3,800 from 450.

San Francisco Unified is offering a similar starting bonus for 100 paraeducator jobs. Nearby West Contra Costa County Unified has set $6,000 signing bonuses for teachers, with a third paid out after the first month and rest when the teacher enters year three.

Districts in Oklahoma, North Carolina, New Jersey and elsewhere are offering a range of cash incentives for new teachers, particularly in low-income and low-performing schools.

Of a dozen officials interviewed in California districts, only one said it was facing no shortages.

Long Beach Unified, the state’s fourth-largest district with over 70,000 students, anticipated the need last spring for a hiring spree of about 400 jobs.

A virtual interview team worked through the summer. Recruitment events drew hundreds of applicants, and as HR employees met hiring benchmarks, they got rewards like catered breakfasts and an ice cream truck.

“We probably would have experienced the same shortages as others,” Zaid said. “But we became much more assertive, and as a result, we are not in the same position.”

Credit: Unsplash/CC0 Public Domain A smartphone app that identifies severe jaundice in newborn babies by scanning their eyes could be a life-saver in areas that lack access to expensive screening devices, suggests a study co-authored by researchers at UCL (University College London) and the University of Ghana. The app, called neoSCB, was developed by clinicians…
Read More

International Migrants Day – migrants stepping up in the COVID-19 response

On International Migrants Day 2021, WHO/Europe is showing the many ways refugees and migrants are contributing to fighting the COVID-19 pandemic. Many migrants across Europe are working on the frontlines in hospitals and care homes for older people, while others have stepped up and started volunteering. Every day, they are supporting health systems and communities…
Read More

Our apologies. The page you are looking for may have been removed, had its URL changed, or is temporarily unavailable.  To keep looking, you may want to:  Use the Search box at the top of the page Try our site map below contact us directly to see if we can help [email protected] (800) 638-2772 --…
Read More 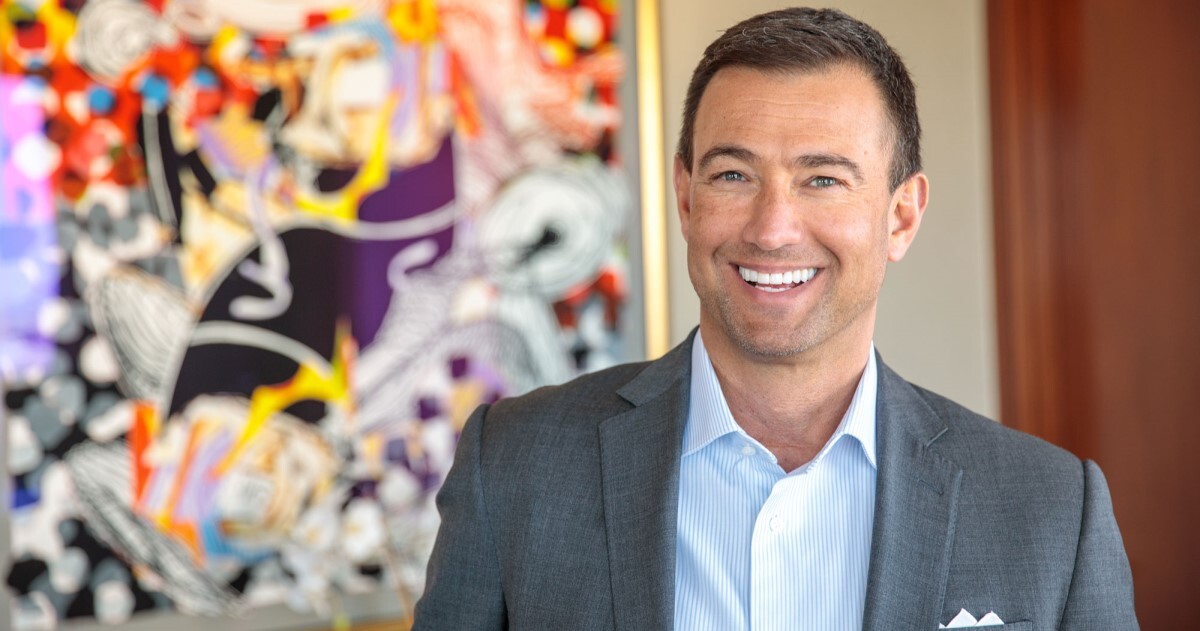 From the distant past of the 1990s up to just a few years ago, many healthcare technologists have predicted that telemedicine would make it into the mainstream of healthcare delivery. Today, thanks to many factors surrounding the COVID-19 pandemic, telemedicine has finally made it into the mainstream. And now that it is being so robustly
Read More As Omicron peaks, here’s the status of 3 Covid-19 drugs Molnupiravir, Paxlovid and Ronapreve

On Friday, Delhi Health Minister Satyendar Jain said 10 new cases of the new coronavirus variant, Omicron, have been detected in the national capital, taking the tally to 20. Meanwhile, India's tally of Omicron cases jumped over 100. With the new variant now reported in six continents, calls to vaccinate the global population is once…
Read More 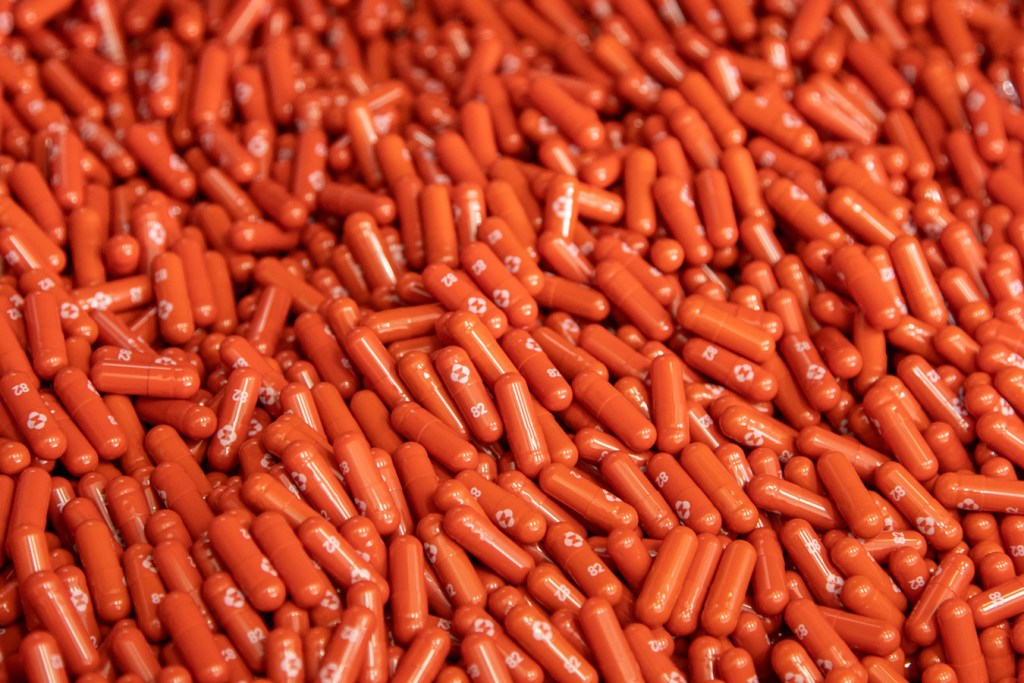