Corona epidemic has led to the sharpest decline in life expectancy at an unprecedented rate in Western Europe and other countries since World War II and the disintegration of the USSR. International Journal of Epidemiology.

The decline was identified in 27 of 29 countries (Israel was not included in this list) that published data relating to the decline in life expectancy at the end of 2020 and this Attributed to the corona epidemic and excess mortality in the various countries it caused.

The most significant decrease was recorded in the United States – 2.2 years on average among men and in Lithuania – 1.7 years of life expectancy in them. In a birth that returned to that which existed in those countries in 2015. That is, since then it has risen steadily for five years whereas now, because of the plague, the decline suddenly mimics this steady increase.

In the research report Not all countries in the sample have data from the first half of the last century (20th century) but at least 11 of them (Austria, Italy, England-Wales, USA, Belgium, the Netherlands, France, Spain, Scotland, Sweden and Switzerland) this time Last seen in one year Such a reduction in life expectancy was during World War II.

The study is based on an analysis of statistics that confirmed that the source of the decline in life expectancy is in the mortality rates reported from Corona. Previous research has indicated that in 105 countries by the end of 2020 corona deaths are higher than the annual average and are attributed to the epidemic. The life expectancy index refers to the average age that a baby born today is expected to reach, if current mortality rates remain unchanged in the future.

Only in two countries – Denmark and Norway – has there been a decrease in life expectancy. Some attribute this to a close and complete quick closure that both imposed as early as March 2020 when the epidemic was just beginning to spread, while other countries did not take this approach or imposed less tight closures and at a much later stage.

Dr. Ridhi Kashiap of the research team said: “Our findings highlight the great impact directly attributed to the virus and it shows how destructive shock has created in many countries.”

Credit: Unsplash/CC0 Public Domain Beijing on Tuesday launched mass coronavirus testing for nearly all its 21 million residents, as fears grew that the Chinese capital may be placed under a strict lockdown like Shanghai. Under its zero-COVID policy, China has used lockdowns, mass testing and travel restrictions to stamp out infections. Its biggest city, Shanghai,…
Read More

Everyone’s worried about catching Covid this winter, but Christmas could be the real culprit if you’re feeling under the weather. Britain’s been struck down with Omicron - the latest, fast-spreading Covid variant - with symptoms like headache, sneezing, sore throat, fatigue and runny nose giving us grief. Some even struggle with an upset stomach. But…
Read More 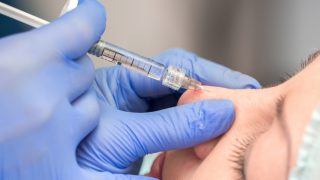