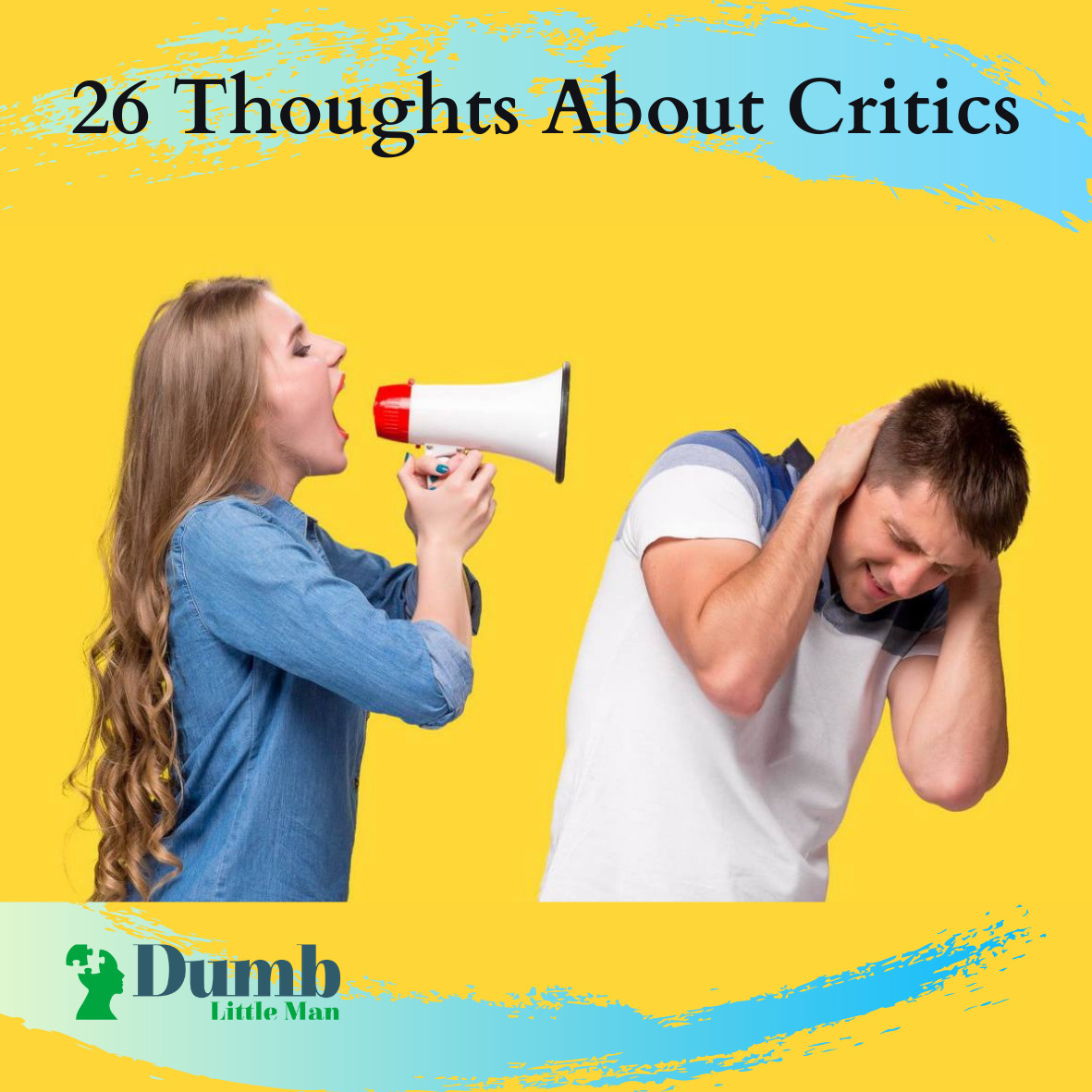 We all face criticism online or in everyday life. However, everyone reacts differently to criticism. Some are great at it, while others become sad and sink deeper and deeper into their emotions. They start to bite themselves. Why is this happening? Maybe it depends on how we interpret statements about ourselves? Perhaps it depends on the knowledge we have experienced or the truths we have heard?

I have received a lot of criticism in my life. I was sensitive to it at first, but over time I realized that criticism could help. For example, critics can help you understand yourself, your mistakes and learn to manage your emotions.

There are many other nuances associated with critics. I will shortly share the phrases, speeches that I have created over the past decade. I believe everyone will find here thoughts that will help you better understand why it is not worth being sad about what others say about you.

2. Value is created not by critics but by creators of art, poems, music. Since critics don’t create any value, they will not leave their mark in history.

3.  Successful people don’t go around criticizing others because they are too busy to do so!

4. When someone calls you a loser, smile at them and continue your mission because there are far more essential things to do.

5. A fellow once told me I was fat. It was true. However, the critic didn’t suggest going to the gym together. He refused to help me because he didn’t care. He just wanted to stretch his tongue + pretend to be a caring person. Such characters bark, believing that their lousy opinion changes the world for the better. However, in many cases, the criticism is about condemnation rather than helping.

6. The behavior of those who criticize their victims shows how cold, indifferent, vindictive, and unintelligent these critics are.

7. Don’t be angry—when someone criticizes you or your loved ones, parents, or friends, they often don’t want to bite; they don’t know how to open up. In the old days, schools didn’t teach them to be empathetic towards other people and subtly express their opinions.

8. Let your neighbor criticize you. Let your boss and coworkers not believe your ideas. WHAT’S MOST IMPORTANT IS THAT YOU BELIEVE IN YOURSELF! Because only by believing in yourself can you achieve amazing things!!!

9. When someone says you’re a freak, tell them “thank you” because being normal in modern society means being like everybody else.

10. One day, an arrogant critic will laugh at you; he will boast about your mistakes on the internet. But later, the critic will face criticism from others. It will be hard for him so you will help him. You will help him because you are HUMAN, not a critic.

11. They will always judge you, whether it be you create something or purchase a car. Some will laugh at the color. If you buy a Jeep, they will tell you that you’re driving a tank! They will always have something to say, so please ignore them. Strive for your dreams no matter what others say!

12. They criticize you because being judgmental is way easier than being understanding.

13. Sarcasm is the number-one weapon to use against critics. Use it more often!

14. Remember that your well-being depends only on you and not on the thoughts of other people. So when someone criticizes you, turn some happiness on!

15. Here’s an extraordinary way to distinguish a wise critic from a non-constructive one. A non-constructive critic will leave shit in the comment section and will spew shit elsewhere, but an intelligent critic will tell you how to solve problems or even offer you a hand.

16. The more they criticize you, the less internal peace they feel.

17. One day you will receive a dose of criticism. A mad critic will shout, “Your art is garbage!” or “you are stupid!” After some time, the same critic will say to his friends, “Oh, I know that brilliant person!” It will be hard for the critic to admit that they were picking on you.

18. It’s not wise to feel sad about nasty comments if they’re created by someone who didn’t learn etiquette.

19. The more criticism you receive, the greater the chance that you’re moving forward against the system, just as Jordan Peterson, Ayn Rand, and other revolutionaries who changed the world.

20. You will never be criticized by someone who does more work than you do! Amen!

21. Critics are teachers of your patience. Learn endurance and thank them for it.

22. When you create something unique one day, critics will say that you are a freak. A critic will require you to follow the status quo. When you start following the status quo, critics will call you a monkey because you are not unique. It’s a never-ending circle. Be sure not to dance to the critics’ tune, as pleasing them is an impossible mission!

23. Critics are your advisers, and you don’t even have to pay for their services.
You’ve been convinced time and time again that some people’s promises aren’t worth a penny. Because actions and not words show the true value of a person, so don’t be afraid to be deaf. But be afraid to be blind because the actions can only be seen with the eyes. Only the eyes will help to understand—to decode the real intentions of people. Therefore, it is not those who listen or talk nonsense who win in life, but those who OBSERVE AND DO.

24. I’m convinced that people would achieve more if they stopped criticizing each other, gossiping, being jealous, blaming, and getting angry.

25. When they slander you, remember this fact: Your dreams + relationships with friends cost much more than talking about you. Hell yes, there are far more important things in life than gossip.

26. You will always be criticized. It doesn’t matter what level of success you are on. You will be attacked even when you buy a new car. Someone will not like the color, or… If you buy a Jeep, people will say you drive a tractor! They will always find what to pick on.

So, don’t take too seriously what they tease about. Don’t let others steal your dreams!

Alex Monaco is a blogger and digital marketer. He is the creator of the Grenade Method and 3W System of Change. Alex is a founder of a spectacular marketing agency, s-o-c-i-a-l.com, and the online coaching system known as Onbotraining. He helps people to be successful, using the most effective ways to achieve their goals.

A major tool against malaria in Africa has been the use of rapid diagnostic tests, which have been part of the "test-treat-track" strategy in Ethiopia, the second most-populated country in Africa. But researchers studying blood samples from more than 12,000 individuals in Ethiopia now estimate these tests missed nearly 10% of malaria cases caused by…
Read More

A new brain-computer interface with a flexible backing 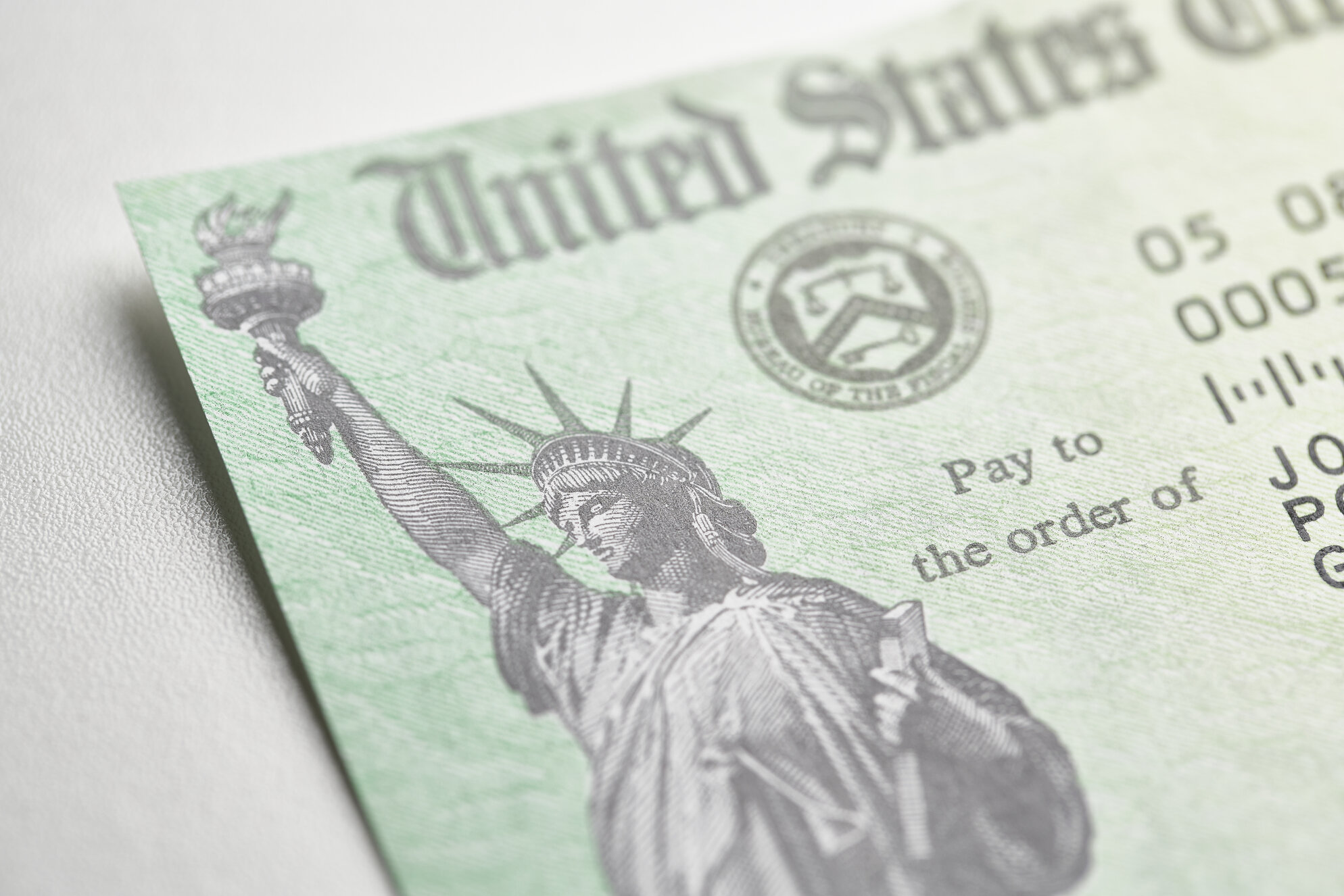 Where’s my stimulus check? Everything you need to know, and what comes next (December 2021)

2021 proved to be the year of the stimulus check, and then some. Over the past 12 months, there were more than a half-dozen stimulus checks distributed by the federal government. That wave of payments includes a third stimulus check for $1,400, as well as six monthly child tax credit payments. So many stimulus payments,…
Read More

A Year Full of Action Awaits Players: 10 Computer Games That Will Mark the Year 2022