A Daily Pill to Treat COVID?

Within a day of testing positive for covid-19 in June, Miranda Kelly was sick enough to be scared. At 44, with diabetes and high blood pressure, Kelly, a certified nursing assistant, was having trouble breathing, symptoms serious enough to send her to the emergency room.

When her husband, Joe, 46, fell ill with the virus, too, she really got worried, especially about their five teenagers at home: “I thought, ‘I hope to God we don’t wind up on ventilators. We have children. Who’s going to raise these kids?”

But the Kellys, who live in Seattle, had agreed just after their diagnoses to join a clinical trial at the nearby Fred Hutch cancer research center that’s part of an international effort to test an antiviral treatment that could halt covid early in its course.

By the next day, the couple were taking four pills, twice a day. Though they weren’t told whether they had received an active medication or placebo, within a week, they said, their symptoms were better. Within two weeks, they had recovered.

“I don’t know if we got the treatment, but I kind of feel like we did,” Miranda Kelly said. “To have all these underlying conditions, I felt like the recovery was very quick.”

The Kellys have a role in developing what could be the world’s next chance to thwart covid: a short-term regimen of daily pills that can fight the virus early after diagnosis and conceivably prevent symptoms from developing after exposure.

“Oral antivirals have the potential to not only curtail the duration of one’s covid-19 syndrome, but also have the potential to limit transmission to people in your household if you are sick,” said Timothy Sheahan, a virologist at the University of North Carolina-Chapel Hill who has helped pioneer these therapies.

Antivirals are already essential treatments for other viral infections, including hepatitis C and HIV. One of the best known is Tamiflu, the widely prescribed pill that can shorten the duration of influenza and reduce the risk of hospitalization if given quickly.

The medications, developed to treat and prevent viral infections in people and animals, work differently depending on the type. But they can be engineered to boost the immune system to fight infection, block receptors so viruses can’t enter healthy cells, or lower the amount of active virus in the body.

At least three promising antivirals for covid are being tested in clinical trials, with results expected as soon as late fall or winter, said Carl Dieffenbach, director of the Division of AIDS at the National Institute of Allergy and Infectious Diseases, who is overseeing antiviral development.

“I think that we will have answers as to what these pills are capable of within the next several months,” Dieffenbach said.

The top contender is a medication from Merck & Co. and Ridgeback Biotherapeutics called molnupiravir, Dieffenbach said. This is the product being tested in the Kellys’ Seattle trial. Two others include a candidate from Pfizer, known as PF-07321332, and AT-527, an antiviral produced by Roche and Atea Pharmaceuticals.

They work by interfering with the virus’s ability to replicate in human cells. In the case of molnupiravir, the enzyme that copies the viral genetic material is forced to make so many mistakes that the virus can’t reproduce. That, in turn, reduces the patient’s viral load, shortening infection time and preventing the kind of dangerous immune response that can cause serious illness or death.

So far, only one antiviral drug, remdesivir, has been approved to treat covid. But it is given intravenously to patients ill enough to be hospitalized, and is not intended for early, widespread use. By contrast, the top contenders under study can be packaged as pills.

Sheahan, who also performed preclinical work on remdesivir, led an early study in mice that showed that molnupiravir could prevent early disease caused by SARS-CoV-2, the virus that causes covid. The formula was discovered at Emory University and later acquired by Ridgeback and Merck.

Clinical trials have followed, including an early trial of 202 participants last spring that showed that molnupiravir rapidly reduced the levels of infectious virus. Merck chief executive Robert Davis said this month that the company expects data from its larger phase 3 trials in the coming weeks, with the potential to seek emergency use authorization from the Food and Drug Administration “before year-end.”

Pfizer launched a combined phase 2 and 3 trial of its product Sept. 1, and Atea officials said they expect results from phase 2 and phase 3 trials later this year.

If the results are positive and emergency use is granted for any product, Dieffenbach said, “distribution could begin quickly.”

That would mean millions of Americans soon could have access to a daily orally administered medication, ideally a single pill, that could be taken for five to 10 days at the first confirmation of covid infection.

“When we get there, that’s the idea,” said Dr. Daniel Griffin, an infectious diseases and immunology expert at Columbia University. “To have this all around the country, so that people get it the same day they get diagnosed.”

Once sidelined for lack of interest, oral antivirals to treat coronavirus infections are now a subject of fierce competition and funding. In June, the Biden administration announced it had agreed to obtain about 1.7 million treatment courses of Merck’s molnupiravir, at a cost of $1.2 billion, if the product receives emergency authorization or full approval. The same month, the administration said it would invest $3.2 billion in the Antiviral Program for Pandemics, which aims to develop antivirals for the covid crisis and beyond, Dieffenbach said.

The pandemic kick-started a long-neglected effort to develop potent antiviral treatments for coronaviruses, said Sheahan. Though the original SARS virus in 2003 gave scientists a scare — followed by Middle East respiratory syndrome, or MERS, in 2012 — research efforts slowed when those outbreaks did not persist.

“The commercial drive to develop any products just went down the tubes,” said Sheahan.

Widely available antiviral drugs would join the monoclonal antibody therapies already used to treat and prevent serious illness and hospitalizations caused by covid. The lab-produced monoclonal antibodies, which mimic the body’s natural response to infection, were easier to develop but must be given primarily through intravenous infusions.

The federal government is covering the cost of most monoclonal products at $2,000 a dose. It’s still too early to know how the price of antivirals might compare.

Like the monoclonal antibodies, antiviral pills would be no substitute for vaccination, said Griffin. They would be another tool to fight covid. “It’s nice to have another option,” he said.

One challenge in developing antiviral drugs quickly has been recruiting enough participants for the clinical trials, each of which needs to enroll many hundreds of people, said Dr. Elizabeth Duke, a Fred Hutch research associate overseeing its molnupiravir trial.

Participants must be unvaccinated and enrolled in the trial within five days of a positive covid test. Any given day, interns make 100 calls to newly covid-positive people in the Seattle area — and most say no.

“Just generally speaking, there’s a lot of mistrust about the scientific process,” Duke said. “And some of the people are saying kind of nasty things to the interns.”

If the antiviral pills prove effective, the next challenge will be ramping up a distribution system that can rush them to people as soon as they test positive. Griffin said it will take something akin to the program set up last year by UnitedHealthcare, which sped Tamiflu kits to 200,000 at-risk patients enrolled in the insurer’s Medicare Advantage plans.

Merck officials predicted the company could produce more than 10 million courses of therapy by the end of the year. Atea and Pfizer have not released similar estimates.

Even more promising? Studies evaluating whether antivirals can prevent infection after exposure.

“Think about that,” said Duke, who is also overseeing a prophylactic trial. “You could give it to everyone in a household, or everyone in a school. Then we’re talking about a return to, maybe, normal life.” 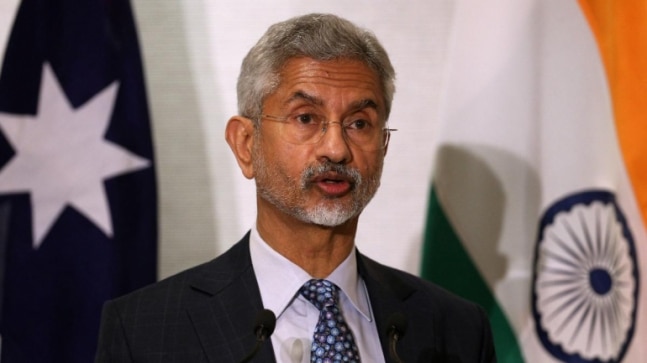 – Opinion – In recent days, the Food and Drug Administration released the 2020 Summary Report on Antimicrobials Sold or Distributed for Use in Food-Producing Animals, which showed sales levels close to those from recent years. These data have been compiled annually since 2011 as part of a regulatory reaction to the role of veterinary antimicrobial…
Read More 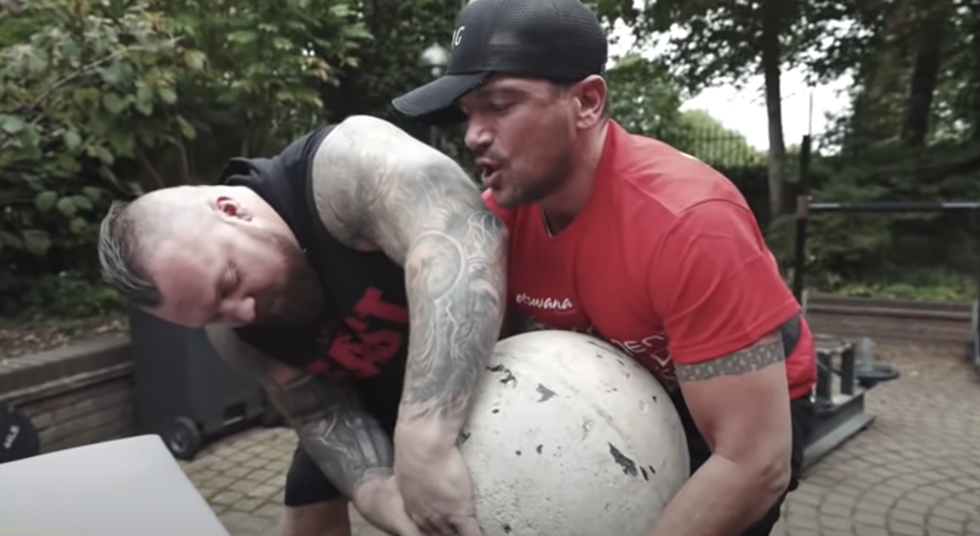 Former World's Strongest Man Eddie Hall has been on a boxing journey, as he preps to spar with Hafthor 'Thor' Björnsson. (Hall recently suffered a detached bicep during a boxing workout, and is currently on the mend after undergoing surgery.) In the meantime, he's continued to train, including a workout with British-Australian celeb Peter Andre.…
Read More

Men in Power Seem to Have a Serious Zipper Malfunction Problem

My respected neurosurgery colleague just ended his career inauspiciously -- having had an affair with a resident. While I don't know the details, I do know that many a male leader, like my friend, has fallen from his perch due to "zipper malfunction." Had they stronger zippers, maybe they would have kept their sensitive parts…
Read More

Invalid EmailSomething went wrong, please try again later.We use your sign-up to provide content in ways you've consented to and to improve our understanding of you. This may include adverts from us and 3rd parties based on our understanding. You can unsubscribe at any time.More infoMarried at First Sight UK has kept us all on…
Read More
Index Of News
Consider making some contribution to keep us going. We are donation based team who works to bring the best content to the readers. Every donation matters.
Donate Now
Total
0
Share