A murder in Zurich's Seefeld has been unsolved for ten years – thanks to a revision of the law, the investigation could now come a little closer

DNA traces at crime scenes are tell-tale: they can even provide information about what the perpetrator might look like. Parliament is now creating the legal basis for this. But the method has pitfalls.

On December 15, 2010, a 56-year-old psychoanalyst was found murdered in her practice. The Zurich police started one of the most extensive investigations of the last decades. For example, hundreds of men have to take part in a DNA mass test because genetic material from the male perpetrator was found at the crime scene. But the extensive investigations do not lead to the goal: The murder in Seefeld does go down in criminal history, but to this day it has not been clarified.

Five years later, a married couple is brutally murdered in Laupen, Bern. Once again, traces of the perpetrator’s DNA can be found at the crime scene. A comparison with the DNA database promptly resulted in a hit this time – albeit not with a registered person, but with the genetic traces from the crime scene of the murdered psychoanalyst. The investigators now know: Most likely, the same perpetrator was at work. And yet the Bern case can still not be resolved. The police can still not assign the DNA found to any person.

On Wednesday, Justice Minister Karin Keller-Sutter described this case in the Council of States. She wanted to show that technological progress could possibly lead to such crimes in the future. The so-called phenotyping of DNA samples is one of the great innovations for police work. Investigators can use blood, semen or other traces at the crime scene to make statements about the likely appearance of the alleged perpetrator.

In contrast to other countries, phenotyping is still not allowed in Switzerland. For a long time, skepticism prevailed. But now the introduction is practically a done deal: The National Council approved the necessary amendment to the DNA Profile Act in May. And the Council of States followed him on Wednesday without a dissenting vote. An important question remains unanswered for the time being: In which cases should the police be allowed to use phenotyping at all?

Thanks to the DNA samples, the investigators in the two murders from Laupen and Zurich would have been able to obtain information about the skin, hair and eye color of the alleged perpetrator. It would also be possible to make assumptions about the “biogeographical” origin and age. That would allow a more targeted search.

The National Council wants to go much further than the Council of States. The fact that there is even a discussion about this has to do with the importance of phenotyping in investigative work. This method cannot be compared with conventional DNA profile analysis. While the first-mentioned instrument allows the unequivocal assignment of traces to a perpetrator and therefore has the character of evidence in criminal proceedings, phenotyping is initially more similar to an interview with witnesses.

The eye color can currently be predicted with a probability of 90 to 95 percent based on a coded DNA sequence. The quota for statements about the geographical origin is in a comparable range. In the case of hair color, it is lower. And if statements on several characteristics are combined (“The perpetrator has brown eyes and blonde hair”), the probability also decreases. Therefore, only a few cases are known that could actually be cleared up thanks to the new method.

The lower the police added value of a method, the more cautiously it should be used – also because the analysis of coded DNA segments significantly encroaches on fundamental rights. But where is the sensible limit?

The Federal Council was originally of the opinion that phenotyping should be used may be used for all offenses that are punishable by a prison sentence of three or more years, i.e. for crimes. Offenses against life and limb are just as much a part of it as sexual offenses. But there are also less serious crimes among them, for example simple theft or forgery of documents. The National Council followed this view in May.

In the Council of States Beat Rieder (Wallis, cvp.), Himself a lawyer, advocated the greatest possible restraint. Otherwise there is a risk that incentives would be created for the public prosecutor to resort to this investigation method more and more frequently in the future, which must be prevented because of the high error rate. This view prevailed in the preliminary consultation commission.

Daniel Jositsch (Zurich, sp.), As a criminal law professor, also has reservations about a catalog of offenses that is too restrictive: They lead to the fact that in a special case one suddenly realizes that a crime in which the use the corresponding determination method would be necessary, “then again not in the catalog”. He spoke out in favor of a middle ground between the Federal Council proposal and the concept of the Commission.

Proponents of restrictive application had the better cards in hand on Wednesday. Nothing has been decided yet, because the two councils still have to come to an agreement on this issue. The only thing that is clear is that the law can come into force soon, maybe next year. Whether the mysterious murders in Zurich’s Seefeld and in Laupen can still be solved – that is a completely different story.

Feb. 25, 2021 -- Hypervigilance, sadness, rage, anger.Many young Ukrainians have taken to Instagram to express their emotions as Russian forces continue their push deeper into the country. Political unrest between Ukraine and Russia has a long history, but this is the first major conflict in the region since 2014.Recalling childhood stories from past crises with…
Read More

The most dramatic Strictly fallouts including Aliona Vilani and Gregg Wallace

Invalid EmailSomething went wrong, please try again later.We use your sign-up to provide content in ways you've consented to and to improve our understanding of you. This may include adverts from us and 3rd parties based on our understanding. You can unsubscribe at any time.More infoAs well as producing romantic relationships, Strictly Come Dancing can…
Read More Texas health officials are sounding the alarm as almost half of hospitals in the state operate in the red.More than 9% of hospitals in the Lone Star State are at risk of closure, compared with 4.7% in 2020, according to a report released this week from consulting firm Kaufman Hall. The firm identified a hospital’s
Read More 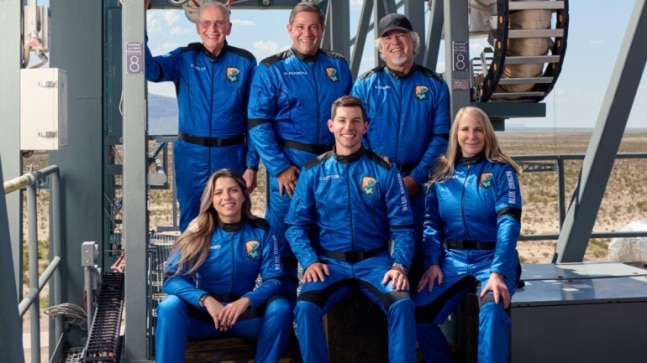 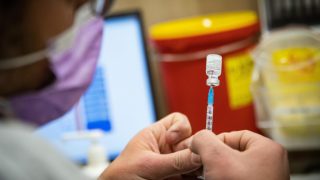 In the ongoing debate about how to address skyrocketing prescription drug prices, experts are at odds over whether the federal government should grant "march-in" rights for patents on the prostate cancer drug enzalutamide (Xtandi). Supporters, including prostate cancer patients who are currently petitioning HHS for a hearing on the matter, say granting march-in rights to…
Read More
Index Of News
Consider making some contribution to keep us going. We are donation based team who works to bring the best content to the readers. Every donation matters.
Donate Now
Total
0
Share