The Chief Veterinary Officer in Haiti on Sept. 20 reported a positive case of African swine fever (ASF) to the World Organisation for Animal Health. The sample was collected from a pig in a province bordering the Dominican Republic and was tested by USDA’s National Veterinary Services Laboratories through a cooperative testing program.

Haiti and the Dominican Republic share the island of Hispaniola in the Greater Antilles archipelago of the Caribbean Sea, to the east of Cuba. ASF was recently found in pigs in the Dominican Republic. It is not a threat to human health, cannot be transmitted from pigs to humans, and is not a food safety issue. However, there is no cure or vaccine for the virus, and all pigs that contract it must be destroyed

USDA’s Animal and Plant Health Inspection Service (APHIS) is assisting both Haiti and the Dominican Republic in dealing with ASF and continues to consult with animal health officials in both countries to support response and mitigation measures.

APHIS continues to work with partners including the Department of Homeland Security’s U.S. Customs and Border Protection (CBP) and the U.S. swine industry to prevent ASF from entering the United States. CBP is increasing inspections of flights from Hispaniola to ensure travelers do not bring prohibited products to the United States. CBP will also ensure that garbage from these airplanes is properly disposed of to prevent the transmission of ASF.

As part of the actions taken to create the protection zone, on Sept. 17, APHIS issued a Federal Order suspending the interstate movement of all live swine, swine germplasm, swine products, and swine byproducts from Puerto Rico and the U.S. Virgin Islands to the mainland United States until APHIS can establish sufficient mitigations to authorize such movement.

The USDA is taking these actions out of an abundance of caution to further safeguard the U.S. swine herd and protect the interests and livelihoods of U.S. pork producers.

Credit: Pixabay/CC0 Public Domain South Africa is witnessing a "worrying" spike in coronavirus cases after a relative lull in new infections, official data showed Friday. Daily official updates released by the National Institute for Communicable Diseases (NICD) on Friday showed 4,631 infections had been detected in the past 24 hours. This is the highest number…
Read More

TTHealthWatch is a weekly podcast from Texas Tech. In it, Elizabeth Tracey, director of electronic media for Johns Hopkins Medicine, and Rick Lange, MD, president of the Texas Tech University Health Sciences Center in El Paso, look at the top medical stories of the week. This week's topics include probiotics for ventilator-associated pneumonia, artemisinin-resistant malaria,…
Read More

What is the flu?

Credit: Pixabay/CC0 Public Domain Fever, upset stomach, diarrhea, sore throat, chills, coughing, sneezing and headache all can make you feel miserable. And when you're not feeling well, it sometimes can be hard to know exactly what's wrong and how you can help yourself feel better. With flu season approaching, this is a good time to…
Read More

Large Employers Are Suiting Up to Fix Healthcare

The American healthcare system has unique financial hydraulics, a sophisticated and opaque "Game" that depends on self-insured employers to make and keep providers whole for the perceived "underfunding" by public payers like Medicaid and Medicare. Both doctors and hospitals are completely dependent on the financial margin derived from commercial insurance. RAND studies show that on…
Read More

3D-model of DNA. Credit: Michael Ströck/Wikimedia/ GNU Free Documentation License The DNA that lies tightly coiled in nearly every human cell is subjected to thousands of insults and injuries from within and without daily, which is why the human body has evolved multiple highly effective mechanisms for repairing DNA damage. "We have in place exquisite…
Read More 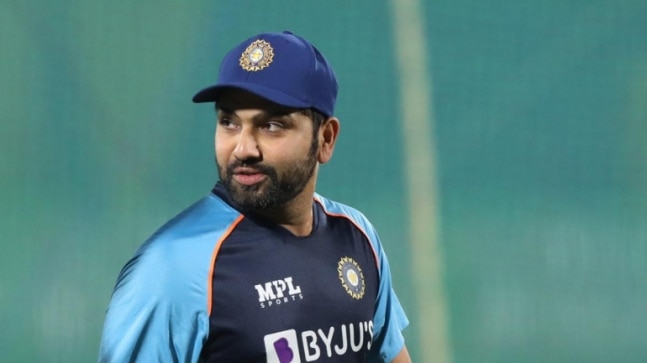 You don't have permission to access "http://www.indiatoday.in/sports/cricket/story/rohit-sharma-all-set-to-return-as-captain-clears-fitness-test-for-west-indies-series-1904709-2022-01-26?" on this server. Reference #18.5c67d117.1644721657.9cc1c64
Read More
Index Of News
Consider making some contribution to keep us going. We are donation based team who works to bring the best content to the readers. Every donation matters.
Donate Now
Total
0
Share