Delta Airlines is asking other air carriers to share their lists of passengers banned for unruly behavior such as refusing to wear face masks on a plane, CBS News reported.

CBS News said it reviewed a Delta memo sent to flight attendants that said: “We’ve also asked other airlines to share their ‘no fly’ list to further protect airline employees across the industry – something we know is top of mind for you as well. A list of banned customers doesn’t work as well if that customer can fly with another airline.”

The Federal Aviation Administration already keeps a banned flyer database using information provided by airlines. The FAA reported this week that it has received 4,385 reports of unruly passengers this year alone, including 3,199 reports of passengers refusing to obey the face mask rules.

Delta has banned more than 1,600 passengers itself and submitted more than 600 names of passengers to the FAA, CBS News said. The FAA says its database only contains incidents reported at the discretion of the crewmember.

Bad behavior on airliners has increased sharply during the COVID-19 pandemic, often occurring when passengers refuse to comply with federal rules that face masks must be worn in airports and on airplanes unless a person is eating, drinking, or has a medical exemption.

The FAA ordered the mask mandate in June 2020 and announced a zero-tolerance policy in January 2021. In February 2021, the agency implemented fines for unruly behavior.

Complaints dropped after that, the agency reported. So far this year, the FAA says it has initiated 789 investigations into passengers accused of unruly behavior. In 2020, the FAA started 183 investigations, CBS News said.

The FAA can propose fines of up to $37,000 per violation. One incident can result in multiple violations. Perhaps the largest fine proposed so far for unruly behavior was $52,000, for a passenger accused of trying to open the cockpit door and physically assaulting a flight attendant twice.

CBS News reported last month that the FAA has already requested fines of more than $1 million in 2021 for unruly passengers. It’s unclear how many of the fines have actually been paid.

Credit: Unsplash/CC0 Public Domain Researchers led by a team at Baylor College of Medicine have identified a novel neurodevelopmental disorder associated with mutations or deletions affecting a gene called PAX5. Their findings are published in the journal Human Mutation. Led by corresponding author Dr. Daryl Scott, the Baylor team connected with researchers around the globe…
Read More 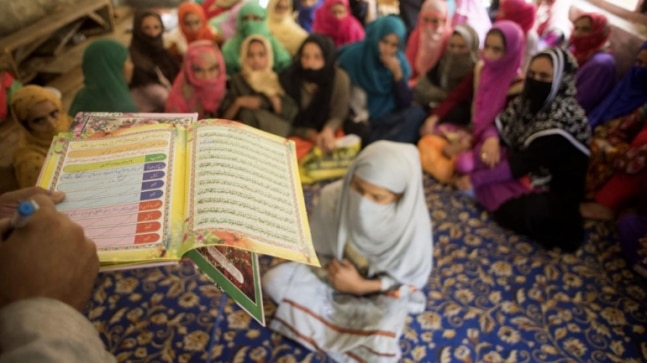 As clamour for UCC rises, here’s what you need to know about Uniform Civil Code After months of social media feuds and wildly publicized statements, rapper Kanye West has released a new album called Donda 2, to a strongly negative reaction from fans. The album was released quite unconventionally – through a $200 musical device, as well as a livestreamed event held at Miami’s LoanDepot Park: The album was unveiled…
Read More

The Swiss moors are drying up

Jason’s Death in Stranger Things Was Gruesome and Enjoyable

The following story contains spoilers for Stranger Things Season 4, Volume 2. In Season 4 of Stranger Things, we met a new jock character named Jason Carver. Through the years, Stranger Things has shown a skill for writing these sorts of characters in complex, sometimes unexpected ways; there is, of course, the fan-favorite Steve Harrington…
Read More

Strictly Come Dancing star Rose Ayling-Ellis has shared a rare glimpse into the home she shares with her boyfriend Samuel Arnold. Rose, 27, shot to fame as part of the cast of BBC One soap EastEnders and is now preparing to compete for the Glitterball trophy on Saturday 18 December alongside professional partner Giovanni Pernice.…
Read More
Index Of News
Consider making some contribution to keep us going. We are donation based team who works to bring the best content to the readers. Every donation matters.
Donate Now
Total
0
Share