Despite its second season only airing earlier this year, RuPaul’s Drag Race UK is already back on our screens with a brand new cast of queens ready to compete for the crown.

Every Thursday evening at 8pm on BBC3, a new episode will be available to stream as we all find out who head judge RuPaul Charles has chosen as the latest queen to sashay away.

Last night, it was revealed that Brighton-based queen Anubis was the first contestant to be sent packing, after her runway outfits failed to impress the judges.

Speaking about hers and season two queen Joe Black’s representation of hometown Brighton on the show, Anubis – real name Charli Finch – stated she was “gutted” and “upset” that they’ve not had the best track record.

Anubis, who was only 19 years old when the season was filmed earlier this year, has opened up about how “daunting” she found meeting idol RuPaul in the flesh.

“Growing up with RuPaul and with RuPaul’s Drag Race, it was a surreal experience”, said the star.

If she was given one word to describe the infamous American drag queen, she would use “intimidating, cause RuPaul is such a huge queer icon and she’s been around for so, so long now.”

At 60 years old, RuPaul has been filming TV shows long before Anubis was born, and the original US version of Drag Race aired its first season when she was only seven years old.

Speaking at a press conference earlier today, Anubis said of RuPaul: “She’s a very daunting character – she is lovely – but she is flawless to look at so thats quite intimidating, cause i’m not!”

She laughed as she added: “I’m not flawless, but that makes me the beautiful creature that I am”.

Despite her early exit, Anubis has stated she wouldn’t ever turn down an opportunity to return to the show.

“If they did ask me to return, I probably would say yes in a heartbeat,” she claimed.

The hilarious drag queen, who chose her stage name as a nod to her late Egyptian father, explained: “I auditioned for my talents as a singer, songwriter and comedian, but I didn’t get the chance to do that this time around.

“So who knows, I might come back soon, it’s up to RuPaul really!” 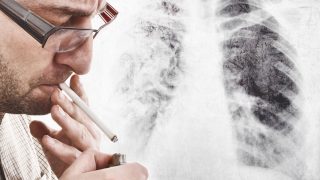 Alia Bhatt Has The Sweetest Wish For Her ‘Life’ Ranbir Kapoor

Alia Bhatt never leaves a chance to express her love for her boyfriend, Ranbir Kapoor. On the occasion of the actor’s birthday, Bhatt took to social media to post a sweet picture to wish ‘her life’ a very happy birthday. Also Read: Here’s Why Ranbir Alia On Instagram Is Relationship Goals The picture posted by…
Read More

FDA Stopped Use of Which COVID Treatment?

The 24-hour news cycle is just as important to medicine as it is to politics, finance, or sports. At MedPage Today, new information is posted daily, but keeping up can be a challenge. As an aid for our readers, here is a 10-question quiz based on the news of the week. Topics include FDA restricting…
Read More 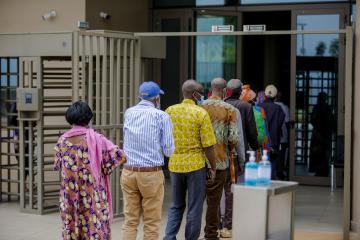 Brazzaville, 3 February 2022 – Although COVID-19 vaccine supplies to Africa have risen significantly, the continent is struggling to expand rollout, with only 11% of the population fully vaccinated. The vaccination rate needs to increase six times if the continent is to meet the 70% target set for the middle of this year. The World…
Read More

After a bacterial contamination at a Michigan plant that produces formula for Abbott Nutrition, the leading formula manufacturer in the U.S., killed two infants and sickened two more, nationwide voluntary recalls have left shelves empty and parents at a loss. "I had a mother that was so desperate that ... she was going to get…
Read More
Index Of News
Consider making some contribution to keep us going. We are donation based team who works to bring the best content to the readers. Every donation matters.
Donate Now
Total
0
Share