A new miniature satellite designed and built at CU Boulder’s Laboratory for Atmospheric and Space Physics (LASP) is providing proof that “cute” things can take on big scientific challenges.

The Colorado Ultraviolet Transit Experiment (CUTE) is slated to launch into space on September 27, 2021. The approximately $4 million spacecraft, a smaller-than-usual type of satellite known as a “CubeSat,” is about as large as a “family-sized box of Cheerios,” said LASP researcher Kevin France, principal investigator for the mission.

But it has mighty goals: Over the course of about 7 months, the mission will track the volatile physics around a class of extremely hot planets orbiting stars far away from Earth. It’s the first CubeSat mission funded by “>NASA to peer at these distant worlds—marking a major test of what small spacecraft may be capable of.

“It’s an experiment that NASA is conducting to see how much science can be done with a small satellite,” said France, professor in the Department of Astrophysical and Planetary Sciences. “That’s exciting but also a little daunting.” The mission will blast off aboard a United Launch Alliance Atlas V rocket alongside the Landsat 9 satellite from Vandenberg Space Force Base in Lompoc, California.

Once CUTE enters into orbit around Earth, it will set its sights on a suite of exoplanets called “hot Jupiters.” As their names suggest, these gaseous planets are both large and scalding hot, reaching temperatures of thousands of degrees Fahrenheit. The satellite’s findings will help scientists to better understand how these planets, and many others, evolve and even shrink over billions of years.

In recent years, LASP has led the development of multiple CubeSat missions to explore everything from the sun’s activity to supernovae in distant galaxies. Unlike larger space missions, which often net a price tag in the hundreds of millions of dollars, engineers can produce CubeSats on the cheap. A team installs CUTE into its launch system. Credit: NASA/WFF

“As little as a decade ago, many in the space community expressed the opinion that CubeSat missions were little more than ‘toys,’” said LASP Director Daniel Baker. “There was recognition that small spacecraft could be useful as teaching and training tools, but there was widespread skepticism that forefront science could be done with such small platforms. I am delighted that LASP and the University of Colorado have led the way in demonstrating that remarkable science can be done with small packages. CUTE and other CU CubeSat missions are changing the landscape for basic research.”

CUTE, in particular, tackles a hot topic in astrophysics.

Hot Jupiters, and their even more chaotic cousins ultra-hot Jupiters, are an especially inhospitable class of gaseous worlds. Take KELT-9b: This planet, which sits in a stellar system about 670 light years from our own, has a mass nearly three times larger than Jupiter’s. But KELT-9b also orbits much closer to its home star—so close that temperatures on the planet hit a mind-boggling 7,800 degrees Fahrenheit.

“Because these planets are parked so close to their parent stars, they receive a tremendous amount of radiation,” France said. That radiation takes a toll on a planet over time. At those temperatures, the atmospheres of hot Jupiters begin to expand like a pufferfish and may even tear away and escape into space.

Which is where CUTE comes in: Throughout its mission, the spacecraft will measure how fast gases are escaping from a minimum of 10 hot Jupiters, including KELT-9b. It will achieve this feat using its unique, rectangular telescope design, which was pioneered at LASP.

“Ultimately CUTE has one major purpose, and that is to study the inflated atmospheres of these really hot, pretty gassy exoplanets,” said Arika Egan, a graduate student at LASP who has helped to develop the mission. “The inflation and escape these exoplanetary atmospheres undergo are on scales just not seen in our own solar system.”

France added that the team’s findings may tell scientists a lot not just about hot Jupiters but about the full range of planets that exist in the galaxy. That includes small and rocky worlds like Earth and its close neighbors. (“>Mars, for example, also lost much of its atmosphere over nearly 3 billion years, making the planet uninhabitable for humans). This artist’s concept shows planet KELT-9b, an example of a “hot Jupiter,” or a gas giant planet orbiting very close to its parent star. Credits: NASA/JPL-Caltech

He noted that CUTE is well-suited for probing the atmospheres of alien worlds. Unlike larger space missions, such as the Hubble Space Telescope, this satellite only has one job to do: To scan as many hot Jupiters as it can during its short lifespan.

France said that, after spending four years developing CUTE in Boulder, he and his team are feeling bittersweet about the mission’s upcoming launch. Egan, for her part, is eager for the little craft to make a small dent in questions about Earth’s place in the galaxy.

“When you look up at the sky and see thousands of stars, that is existential on its own,” she said. “But then you think about the planets we’ve discovered around those stars, thousands of planets. We’ve just barely scratched the surface of characterizing them, of understanding their diversity. How little we know is astounding, and joining the effort to learn more is fulfilling.” 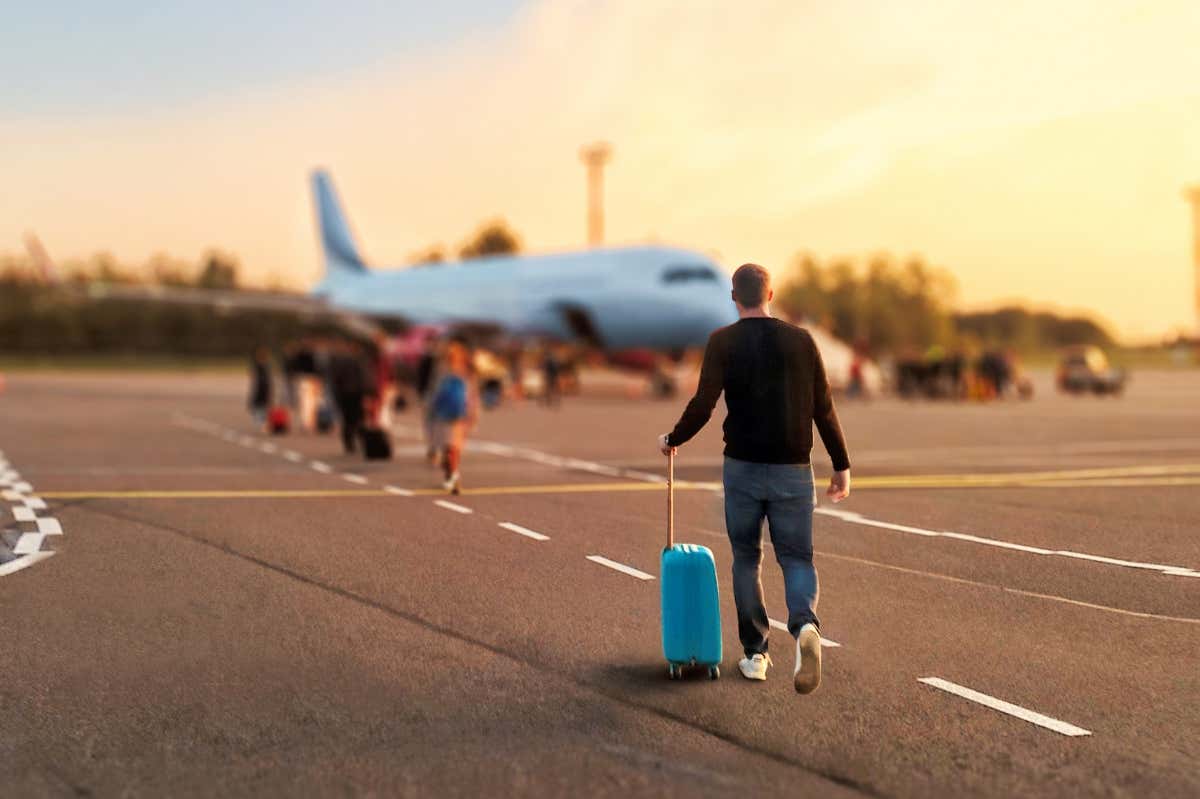 Fix the Planet newsletter: Why planes need a battery breakthrough

By Adam Vaughan This is Fix the Planet, the weekly climate change newsletter that reminds you there are reasons for hope in science and technology around the world. To receive it in your inbox, sign up here. Judging from recent conversations I’ve been having, many people soon plan to fly for the first time since…
Read More

Are you trying to understand what the Marvel Cinematic Universe hoopla is all about? Have you heard about it for years and still don’t know why people are so excited about it? If you’re someone who hasn’t seen any of the movies, you are definitely in the minority. But it’s never too late to learn…
Read More 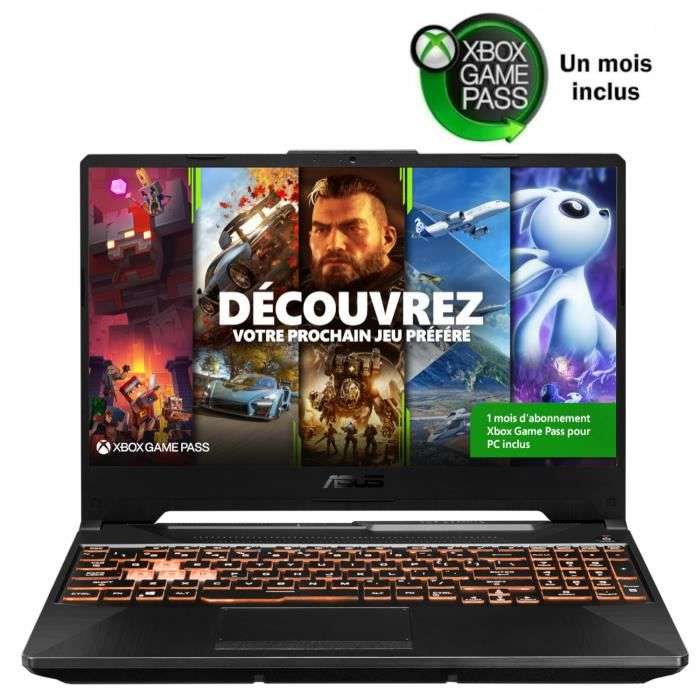 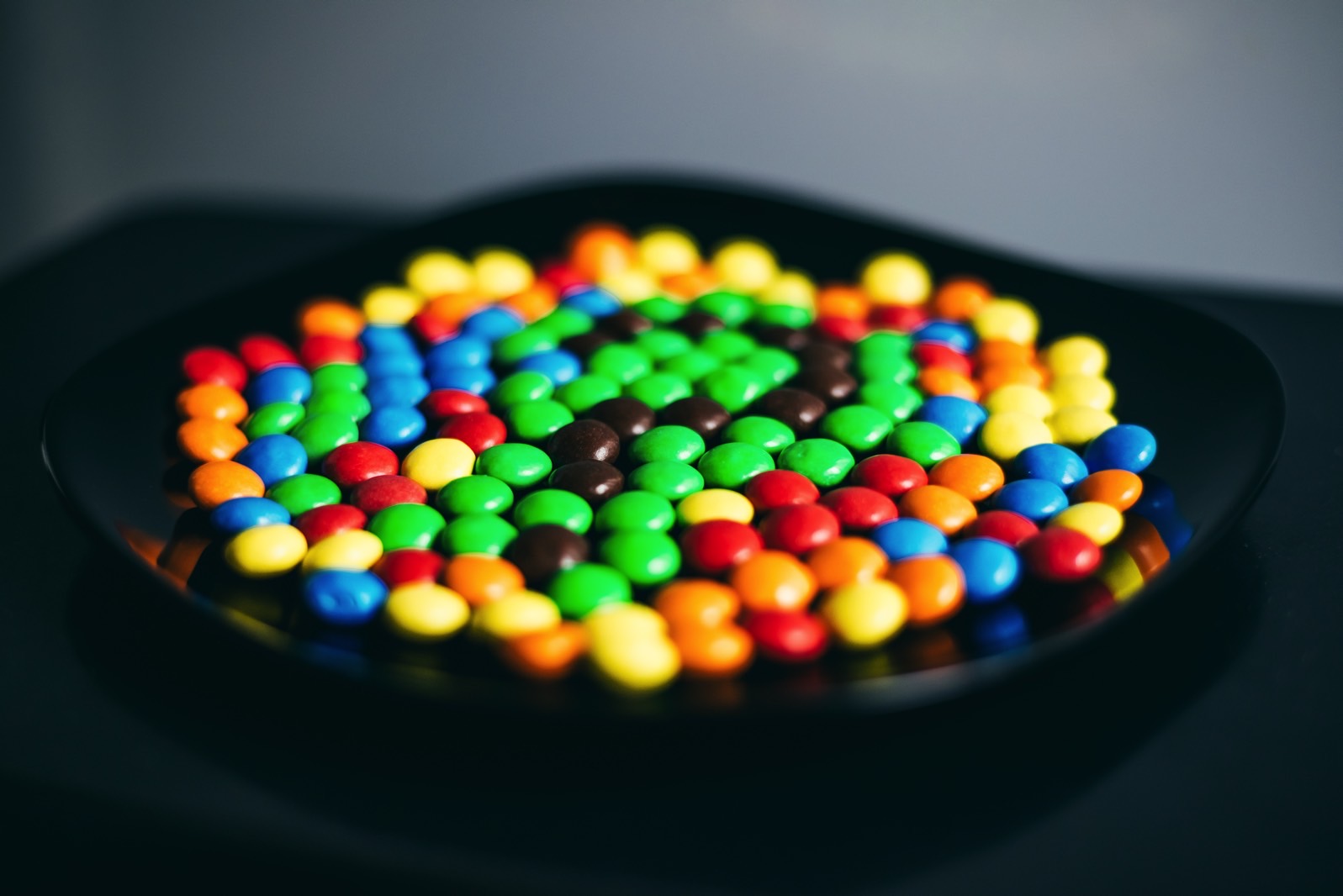 Urgent candy recall: Skittles, Starburst, and more may be dangerous to eat

Skittles fans, this is going to hurt — quite literally. Mars Wrigley Confectionary issued a big recall for various Skittles, Starburst, and Life Savers gummies. The action follows the detection of metal in the bags or even inside the candies. Eating gummies from the different brands in the recall might lead to accidental injury, so…
Read More 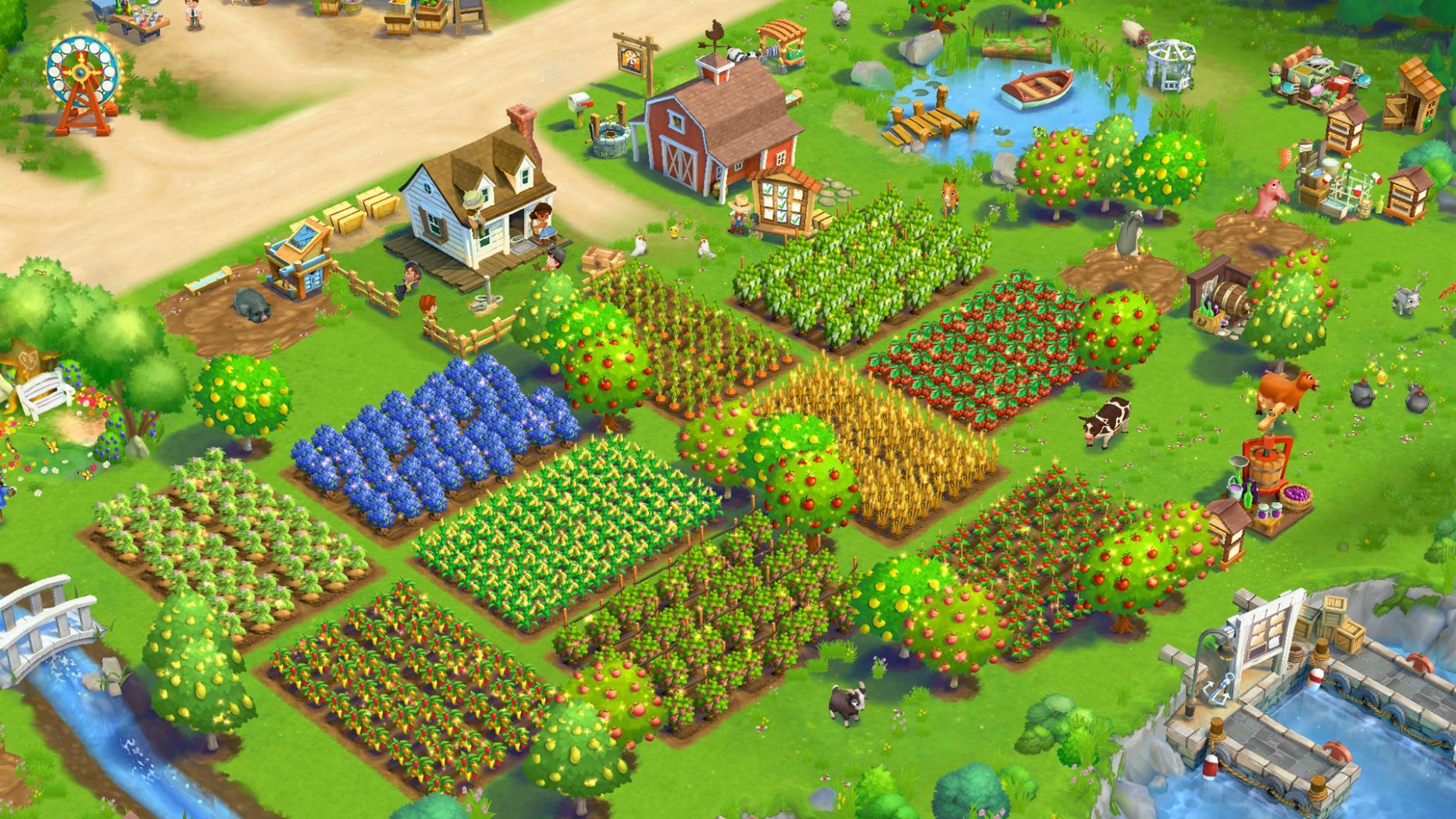 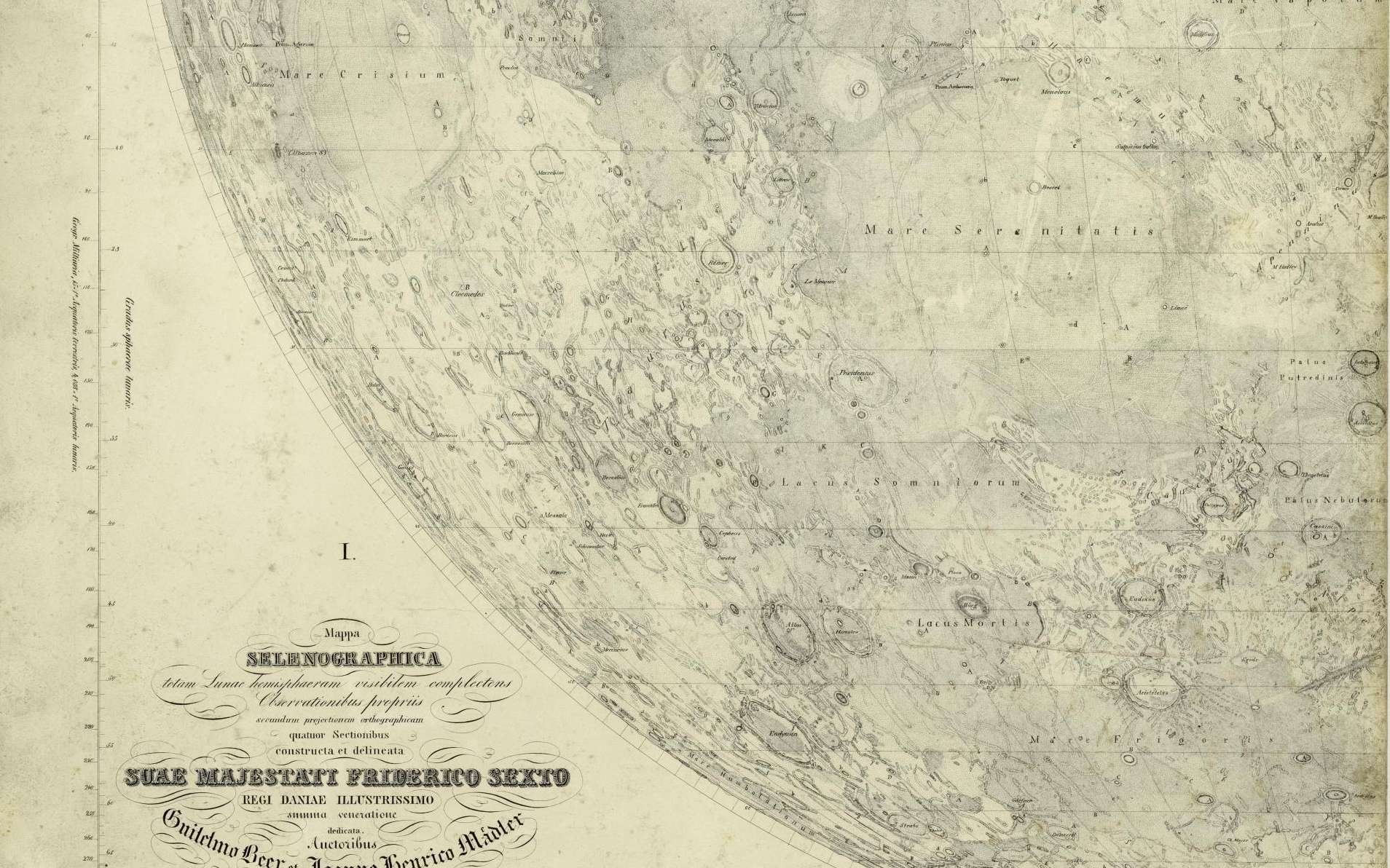