In a back-to-the-future twist on birth trends, California is seeing a sustained rise in the number of women choosing to deliver their babies in settings other than a hospital, a shift that accelerated as the pandemic created more risky and onerous conditions in many hospitals.

Births away from hospitals usually take place with the help of licensed midwives working at the homes of clients or at free-standing “birth centers.” In either setting, expectant parents typically meet with midwives several times during the pregnancy to get comfortable, express their hopes for the pregnancy and learn about the birthing process.

Intentional at-home births and deliveries at midwife-run birthing centers are typically restricted to “low-risk” pregnancies. Women giving birth in those settings generally do not have serious preexisting health conditions like diabetes or high blood pressure that could complicate their babies’ births; they are giving birth to one child — no twins or triplets; and they are not expected to undergo a breech delivery, in which the baby emerges feet first, said Erina Angelucci, a certified nurse midwife at Best Start Birth Center in San Diego.

“I think people are looking to be more empowered in their birth and less ‘just go along with whatever happens,’” said Shari Stone-Ulrich, a certified nurse midwife and midwife services clinical director at Best Start.

Many people want to avoid cesarean sections unless absolutely necessary, several midwives said. About 30% of births in California hospitals last year were via C-section, though that figure has dropped some in recent years, state data shows.

“For first-time moms, C-sections in hospitals are very high,” said Miriam Singer, 32, who gave birth to her son, Eitan, at Best Start a few weeks ago. “So, knowing that the birth center is going to work with you and understand it’s going to be a longer process and just make sure everything’s going well, you really minimize your chances of having a C-section or an emergency situation.”

Singer has three older children, ages 4, 6 and 9. Three of her kids were born in a free-standing birth center and one was born at home.

“Birth is just a very natural part of life, and it should be approached as something that is natural, and we should follow our body and listen to our body going through the process,” she said. “I find the approach maybe in the hospitals a little bit more like it’s an emergency.”

As the coronavirus swept across California, families sought births outside hospitals for other reasons. Some didn’t want to give birth in a setting where they feared contracting covid-19. Others bristled at rules restricting when partners and family members could be present during labor.

“The home-birth practices were just filled to capacity immediately,” said Kaleem Joy, a certified professional midwife and clinical director at California Birth Center in Rocklin. More recently, when some local hospitals announced they would again restrict visitors, “we went from having maybe six to 10 calls in a week to … I think we had a hundred in a day,” Joy added.

State health data show positive outcomes for the vast majority of out-of-hospital births. However, those figures don’t account for the fact that complicated, risky deliveries are, when feasible, transferred to a hospital.

Among more populous counties with at least 2,500 births in 2020, the highest rates of out-of-hospital deliveries were in Sonoma (3.6%), Placer (2.9%) and Santa Barbara (2.1%). Rates were lowest in the largely agricultural Central Valley, particularly in Tulare, Merced, Solano, Fresno, San Joaquin and Kern counties.

The analysis also revealed racial and educational disparities between people giving birth in a hospital and those delivering at home or in a free-standing birth center last year.

Those numbers likely reflect long-standing socioeconomic disparities in health care that are exacerbated by the unwillingness of some insurance companies to cover births outside a hospital, said Katherine Hemple, a legislative consultant for the California Association of Licensed Midwives.

Also, Medi-Cal, the public insurance program for low-income Californians, typically is difficult to use or not accepted for at-home births, a situation that is the subject of intense debate. The program is more likely to cover deliveries in midwife-run birthing centers.

A client paying with cash for a delivery at the California Birth Center or Best Start Birth Center will be charged around $8,000, officials at those facilities said. By comparison, the average out-of-pocket cost for families nationwide with employer-based insurance giving birth in a hospital was about $4,500, according to a 2020 study in the journal Health Affairs.

Rosanna Davis, a certified professional midwife and president of the board of directors of the California Association of Licensed Midwives, said the preference for out-of-hospital births would increase even faster if the state and insurance companies offered more financial support for the choice.

“There are significant numbers of people who would choose midwife care,” she said, “but the access is limited.”

Phillip Reese is a data reporting specialist and an assistant professor of journalism at California State University-Sacramento. 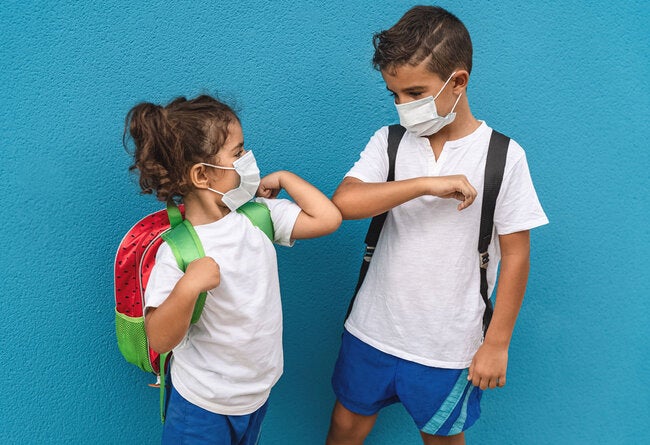 Millions miss out on routine care, including vaccination. Educational crisis also impacts their social, mental, and physical wellbeing. Washington D.C. January 26 (PAHO) – As the COVID-19 outbreak reaches its third year in the Americas, millions of children are missing out on routine vaccinations, putting countries at risk of losing two decades of immunization progress,…
Read More 2021 was a year where we all needed to see good things happen. Sitting in our homes, we had to rely on shows and movies to get by and feel joy. One of the top highlights, obviously, was the FRIENDS reunion. There sat our favourite stars giving us a peek into one of the most…
Read More

Credit: Unsplash/CC0 Public Domain Beijing on Tuesday launched mass coronavirus testing for nearly all its 21 million residents, as fears grew that the Chinese capital may be placed under a strict lockdown like Shanghai. Under its zero-COVID policy, China has used lockdowns, mass testing and travel restrictions to stamp out infections. Its biggest city, Shanghai,…
Read More 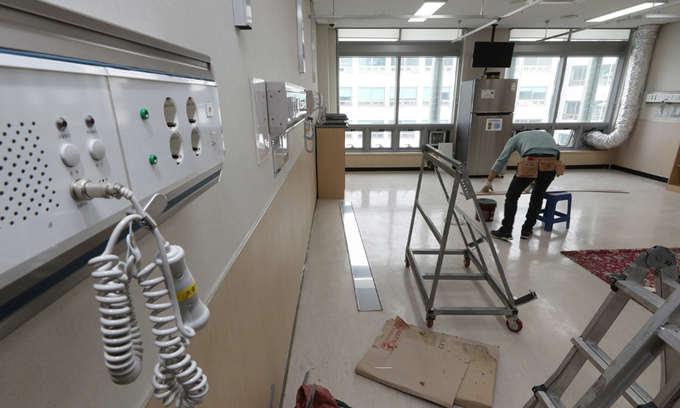 [Editorial] Omicron's 'dominant bell' is right around the corner

Seropositivity was widespread in South Africa prior to the Omicron wave, and higher infection rates when Omicron arrived did not lead to a corresponding rise in hospitalizations and deaths, researchers found. There was 73.1% seropositivity in Gauteng province from Oct. 22 to Dec. 9, 2021 (95% CI 72.0-74.1), including 68.4% seroprevalence among unvaccinated individuals and…
Read More

Warning: The following contains spoilers for 1883 episode 6.After a one-week break (because football?), 1883 is back in full swing with episode 6, titled “Boring the Devil.” The title comes from the episode’s final narrational monologue, where Elsa explains how overcoming pain and suffering forces the devil to move on to another victim. If you…
Read More
Index Of News
Consider making some contribution to keep us going. We are donation based team who works to bring the best content to the readers. Every donation matters.
Donate Now
Total
0
Share