Israel says US booster plan supports its own aggressive push

Israel is pressing ahead with its aggressive campaign of offering coronavirus boosters to almost anyone over 12 and says its approach was further vindicated by a U.S. decision to give the shots to older patients or those at higher risk.

Israeli officials credit the booster shot, which has already been delivered to about a third of the population, with helping suppress the country’s latest wave of COVID-19 infections. They say the differing approaches are based on the same realization that the booster is the right way to go, and expect the U.S. and other countries to expand their campaigns in the coming months.

“The decision reinforced our results that the third dose is safe,” said Dr. Nadav Davidovitch, head of the school of public health at Israel’s Ben-Gurion University and chairman of the country’s association of public health physicians. “The main question now is of prioritization.”

The World Health Organization has called for a moratorium on boosters until at least the end of the year so that more people in poor countries can get their first two doses, but Israeli officials say the booster shot is just as important in preventing infections.

“We know for sure that the current system of vaccine nationalism is hurting all of us, and it’s creating variants,” said Davidovitch, who is also a member of an Israeli government panel of experts. But he added that the problem is “much broader than Israel.”

Israel raced out of the gate early this year to vaccinate most of its adult population after striking a deal with Pfizer to trade medical data in exchange for a steady supply of doses. It has also purchased large quantities of the Moderna and AstraZeneca vaccines.

Most adults had received two doses of the Pfizer vaccine by March, causing infection levels to plummet and allowing the government to lift nearly all coronavirus restrictions.

But in June, the highly infectious delta variant began to spread. After studying the matter, experts concluded that the vaccine remained effective against the virus, but that its efficacy waned roughly five months after the second shot.

In late July, Israel began distributing booster shoots to at-risk citizens, including those over 60. Within weeks, it expanded the campaign to the general population.

More than 3 million of Israel’s 9 million citizens have gotten a third dose of the Pfizer vaccine, according to the Health Ministry.

In a study published last week in the New England Journal of Medicine, Israeli experts said that in people who had been vaccinated five months earlier, the booster increased vaccine efficacy tenfold compared with vaccinated patients who didn’t receive it.

That study tracked about 1 million people 60 and older and found that the booster was “very effective at reducing the rate of both confirmed infection and severe illness,” the Health Ministry said.

A senior Israeli health official, Dr. Sharon Alroy Preiss, was among the experts testifying before the U.S. Food and Drug Administration panel last week in favor of the booster shot. But the regulator decided against boosters for the general population, opting only to authorize it for people aged 65 or older and those in high-risk groups.

Experts cited a lack of safety data on extra doses and also raised doubts about the value of mass boosters, rather than ones targeted to specific groups. The U.S. Centers for Disease Control and Prevention made a similar endorsement Thursday.

The Israeli Health Ministry said the FDA decision “gave validity to the third vaccine operation” underway in Israel, which “decided to act responsibly and quickly in order to treat growing infections.” It said statistics show the booster dose has “restored protection.”

Recent weeks have seen “a declining rate of new infections among the elderly,” the vast majority of whom have received booster shots, and “a continuous increase in the proportion of unvaccinated individuals within the new severe cases,” Dr. Ran Balicer, head of the government’s expert advisory panel on COVID-19, told The Associated Press.

In recent weeks, as the booster campaign has been rolled out, the percentage of unvaccinated among serious COVID-19 cases has climbed, and the overall new cases among people with at least two shots has dropped.

As of Friday, around 70% of Israel’s 703 serious cases of COVID-19 were among the unvaccinated, and about 20% had not received a booster. A month earlier, after Israel vaccinated 1.5 million people with a third dose, those two groups were equally represented among the serious cases.

Over 60% of Israelis—the overwhelming majority of the adult population—have received at least two doses of the coronavirus vaccine.

Some experts noted that the U.S. and Europe were several months behind Israel’s vaccination campaign and predicted those countries would follow suit in the months ahead.

“We are experiencing first a phenomenon that will become apparent likely in many other countries in the coming months and create a similar challenge there,” Balicer said. “Few, if any at all, other countries are walking in our shoes right now.”

The U.K. already is rolling out a booster campaign, with third doses to be offered to anyone over 50 and other vulnerable groups.

The WHO has called on rich countries to refrain from exhausting vaccine stockpiles on boosters while much of the world has yet to receive any. A third shot may be necessary for people with certain health conditions, but “boosters for the general public are not appropriate at this stage of the pandemic,” it said.

“The longer vaccine inequity persists, the more the virus will circulate and change, the longer social and economic disruptions will continue, and the higher the chances that more variants will emerge that render vaccines less effective,” it said in a statement Friday.

Balicer said that Israel, as a small country, has little effect on global supplies and that its role as the world’s laboratory provides “a very important source of knowledge” for other countries.

Israeli Prime Minister Naftali Bennett has exhorted the public to get vaccine boosters as part of his aggressive public relations campaign since taking office in June.

“Israel is the only country in the world that is giving its citizens this gift of the possibility—both legally and in terms of supply—of a booster,” he said last week.

Balicer said other states should ready national plans for the rollout of booster shots.

“Countries that vaccinated more recently should be prepared for the impact of waning vaccine immunity manifesting in midwinter, further intensifying the challenge,” he said.

Chances are you've heard about a food, drug or other method that claims to prevent, treat or cure coronavirus disease 2019 (COVID-19). But while it might be tempting to use a questionable product or method to stay healthy during the pandemic, it's extremely unlikely to work and might cause serious harm. COVID-19 treatment and prevention…
Read More 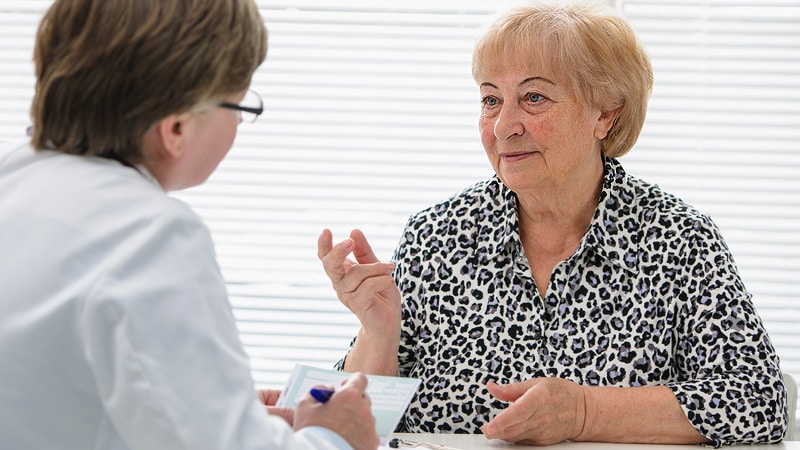 Providing detailed informed consent does not appear to improve patients' comprehension, according to a study published on researchsquare.com as a preprint and not yet peer reviewed. Key Takeaway Patients with cancer are equally likely to understand their treatment when provided long, involved informed consent forms designed for clinical trials and shorter, less comprehensive forms used…
Read More

The study covered in this summary was published in medRxiv.org as a preprint and has not yet been peer reviewed. Key Takeaways Enrollment in a personalized, home-based multidisciplinary heart failure (HF) outreach program was associated with a significant reduction in all-cause mortality at a median of 2.6 years' follow-up. Participants also had fewer and shorter…
Read More

European-wide review on how community pharmacies dealt with COVID

Credit: Unsplash/CC0 Public Domain A network of community pharmacies must be involved in future country preparedness plans for public health emergencies, such as the COVID19 pandemic, when a rapid response to massive population is needed within a short time frame. This is just one of the recommendations to come out of a European-wide research project co-led…
Read More 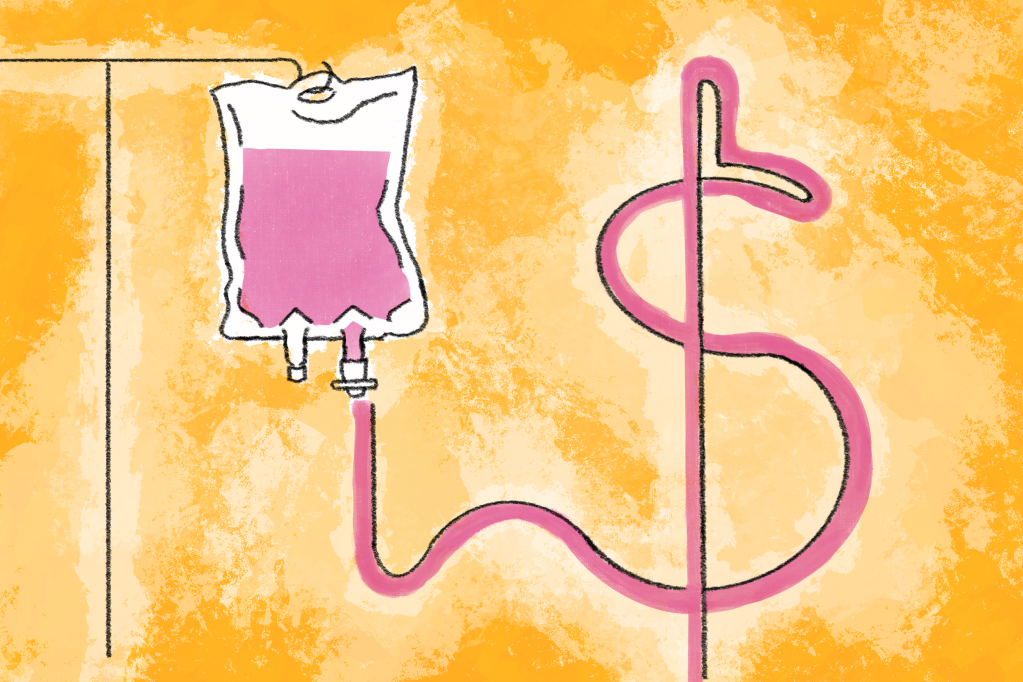 [UPDATED at 12:30 p.m. ET] The drug industry, patient advocates, and congressional Republicans have all attacked federal officials’ decision to decline routine Medicare coverage for a controversial Alzheimer’s drug. They’ve gone as far as to accuse them of tacit racism, ageism, and discrimination against the disabled — and hinted at a lawsuit — over the…
Read More

There could be significant monkeypox transmission before symptoms appear, making it tougher to get infected people into timely quarantine, according to an observational study. An analysis of contact-tracing data from the U.K. Health Security Agency (UKHSA) showed that transmission was spotted up to a maximum of 4 days before symptom onset, and that 53% of
Read More
Index Of News
Consider making some contribution to keep us going. We are donation based team who works to bring the best content to the readers. Every donation matters.
Donate Now
Total
0
Share