A national task force announced Thursday that it is recommending the immediate implementation of a new diagnostic equation for measuring kidney function, which advocates say will promote health equity and increase access to transplantation for Black patients.

The recommendation is supported by ongoing research from clinical researchers in the Perelman School of Medicine at the University of Pennsylvania, who have played a critical role in quantifying the benefits and risks of abandoning race in kidney function estimation. The clinical change, which is anticipated to go into effect at Penn Medicine this year, was identified as a key priority for the health system’s Action for Cultural Transformation (ACT) strategic plan that launched in 2020.

“My hope is that this change will spearhead a movement across all of medicine for clinicians to reevaluate whether they are using race responsibly,” said Nwamaka Eneanya, MD, MPH, a nephrologist, an assistant professor of Medicine and Epidemiology, and director of Health Equity, Anti-Racism, and Community Engagement in the Division of Renal-Electrolyte and Hypertension at Penn.

Eneanya has been a vocal advocate for the removal of race from the kidney function algorithm and is a member of the joint task force of the American Society of Nephrology and the National Kidney Foundation, which generated the recommendations. She is also a co-author on a paper published this week in the New England Journal of Medicine (NEJM), which introduces new equations for measuring kidney function that do not include race. A second NEJM paper published this week—co-led by Harold Feldman, MD, MSCE, a professor of Epidemiology and Medicine at Penn—recommends that, as a more long-term solution, national efforts should be made to increase the widespread use of the protein cystatin C as a biomarker of kidney health.

Because the direct measurement of kidney function is infeasible at the bedside, clinicians instead evaluate its level using an estimating equation called eGFR, which stands for estimated glomerular filtration rate. eGFR estimates how much creatinine is in a patient’s blood to give a picture of how well their kidneys are working. Its value is an important part of the information used to determine if and when a patient is referred to some types of clinical care, including kidney transplantation.

The problem, critics of the current equation say, is that it assigns a higher eGFR to patients who self-identify as Black. This means that Black patients must reach a higher creatinine level than white patients to be put on the kidney transplant waitlist.

In a widely-cited opinion piece published in JAMA in 2020, Penn Medicine researchers argued that it is harmful for eGFR equations to assert that existing organ function is different between individuals who are otherwise identical except for race. They write that population studies reveal only small differences in gene distributions between racial groups, and that “the history of medicine offers abundant evidence that racial categories were often generated arbitrarily and at times implemented to reinforce social inequality.”

The piece—authored by Eneanya, along with Peter Reese, Ph.D., MD, MSCE, a professor of Medicine and Epidemiology, and Wei Yang, Ph.D., an associate professor of Biostatistics—helped to spark a national conversation about removing race from the kidney function algorithm. In response, the American Society of Nephrology and the National Kidney Foundation created a joint task force to reassess the inclusion of race in eGFR, as well as its implications for diagnosis and subsequent management of patients with kidney diseases.

The task force’s final report recommends that U.S. clinical laboratories immediately implement a newly refit CKD-EPI creatinine equation that does not incorporate race information. This new equation “has acceptable performance characteristics and potential consequences that do not disproportionately affect any one group of individuals,” the authors say.

However, the task force report also notes that there should be long-term national efforts to increase the routine and timely measurement of cystatin C, rather than or in addition to creatinine, to estimate kidney function. This is because—as data from 1,248 patients in the Chronic Renal Insufficiency Cohort (CRIC) Study published in the NEJM paper co-authored by Feldman shows—”estimating GFR using cystatin C generates similar results to estimates based on creatinine and race while eliminating the negative consequences of today’s race-based approaches.” Currently, Feldman says, cystatin C tests are costly and less readily available at hospitals and other clinical laboratories around the country.

While increasing access to cystatin C-based lab tests will be an important future step in the nephrology field, the removal of race from the eGFR algorithm is a major milestone toward advancing health equity, according to Eneanya and the authors of the joint task force report. 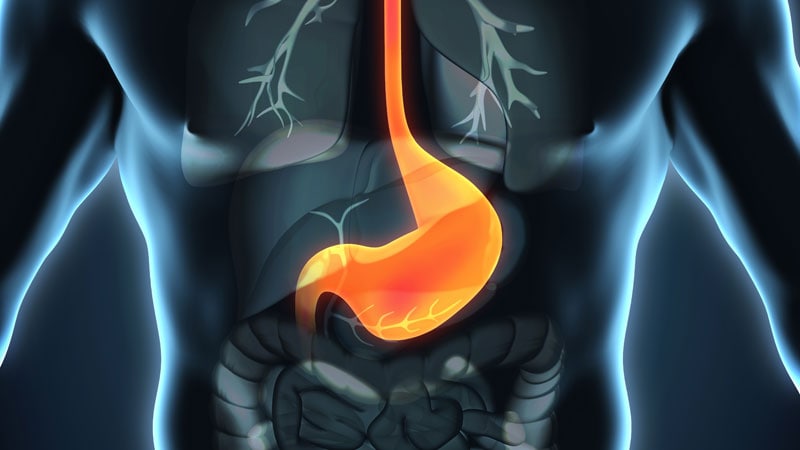 Gastroparesis can be tricky to diagnose and treat, in part because its symptoms can be difficult to distinguish from functional dyspepsia. A new clinical practice update from the American Gastroenterological Association aims to help physicians treat medically refractory gastroparesis with practical advice stemming from expert opinion and a literature review. Although gastroparesis can be caused…
Read More

Fewer Kids Hospitalized for Other Infections During COVID

Feb. 2, 2022The U.S. Army announced Wednesday that it has started discharging soldiers who don’t comply with its COVID-19 vaccination policy.“Army readiness depends on soldiers who are prepared to train, deploy, fight and win our nation’s wars,” Secretary of the Army Christine Wormuth said in a news release.“Unvaccinated Soldiers present risk to the force and…
Read More The buzz around Shah Rukh Khan’s Jawan has hit a fever pitch. And, well, right from him posting pictures with his 8-pack abs on Instagram to teasing fans with glimpses, King Khan is doing it all to keep excitement levels amped. The movie is scheduled to release on June 2, 2023.   Adding to the
Read More

WHO / Tatiana Vorovchenko The new WHO online tool will help countries to choose and implement healthier policies WHO/Europe has released a new data visualization dashboard that allows users to quickly identify key challenges, existing policy responses and progress towards agreed targets for noncommunicable diseases (NCDs) in Europe.The data can be explored interactively in easy-to-understand…
Read More
Index Of News
Consider making some contribution to keep us going. We are donation based team who works to bring the best content to the readers. Every donation matters.
Donate Now
Total
0
Share