President Moon, who met Chung Eui-sun and Choi Tae-won, said, “The hydrogen economy is limitless, we are a 'team'”

Meet with major business leaders such as President Moon, Eui-sun Eui-sun, and Choi Tae-won and receive a report on the hydrogen economy
Promises such as “Building more than 2,000 hydrogen refueling stations by 2050”
“Companies and governments are one team for a hydrogen-leading nation” 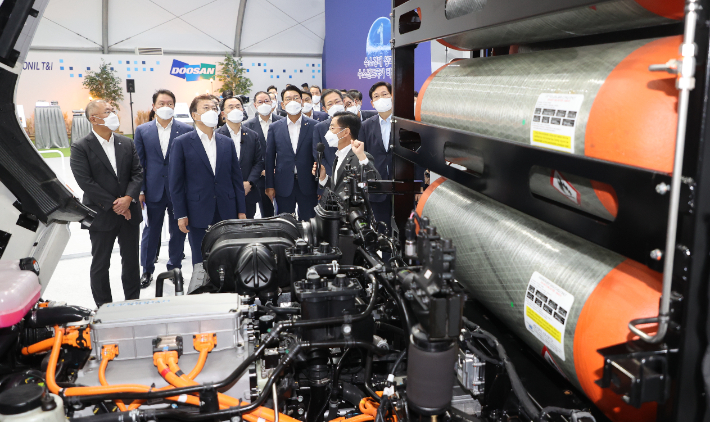 After President Jae-in reported on the hydrogen economy performance and the vision of a hydrogen-leading nation held at the planned investment site for the Hyundai Mobis hydrogen fuel cell plant in Seo-gu, Incheon on the 7th, and after completing the groundbreaking ceremony for the next-generation hydrogen fuel cell specialized complex I am listening to the explanation of the hydrogen tank inside Rotem’s hydrogen truck. yunhap news President Moon Jae-in visited Cheongna district in Incheon on the 7th and received a report on hydrogen economy performance, promising that “by 2050, more than 2,000 hydrogen refueling stations will be built.”

President Moon said on the same day that Hyundai Mobis was building a special production and research cluster in the Cheongna district of Incheon to supply next-generation hydrogen fuel cells.

President Moon said in his remarks at the event, “Hydrogen is the first democratic energy source in history that can be obtained equally anywhere on the planet. He said, “Korea, with the world’s best innovation capabilities, can become a proud hero of new energy.”

yunhap news In January 2019, President Moon announced the ‘hydrogen economy revitalization roadmap’, enacted the world’s first hydrogen law, and established a pan-government hydrogen economy committee to establish a hydrogen support system. The hydrogen industry ecosystem is revitalized and the economy is growing rapidly as the bold investments of companies and companies add up.”

President Moon said, “Hydrogen is a safer energy than lpg, city gas, and gasoline, but there are still many vague concerns. The supply will also expand faster,” he added. We made several promises that we would strongly promote ‘leading country’ as Korea’s core future strategy.

Finally, President Moon said, “The hydrogen economy is still in its infancy, but it is a possibility. “Now, the government and companies are a ‘one team’ toward a hydrogen-leading nation. Together as ‘Team Korea’, we will open up the future of Korea, a leading nation in hydrogen.” 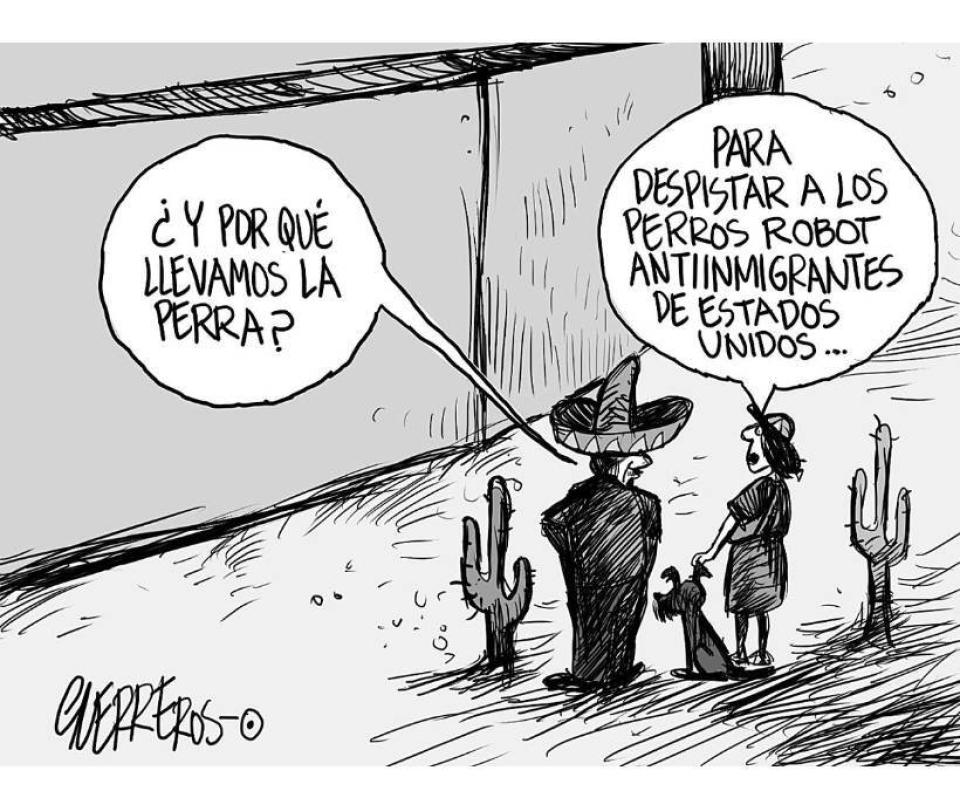 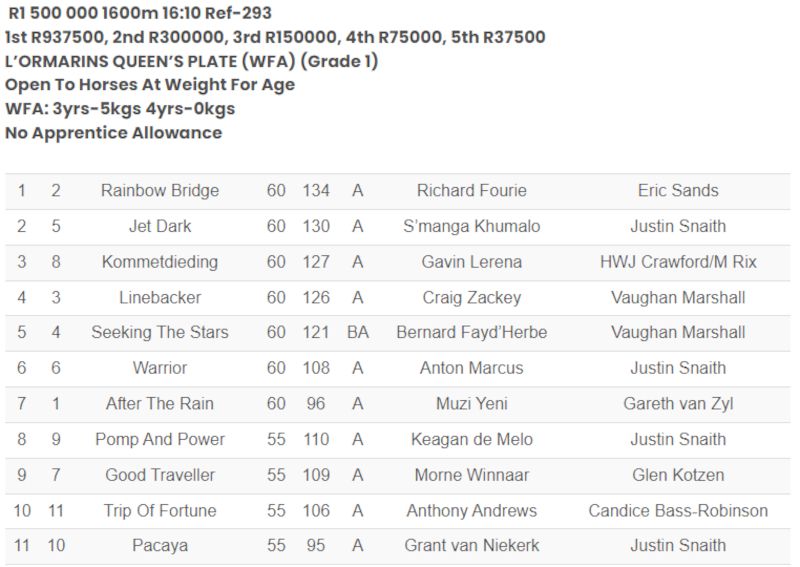 TheSouthAfrican.com is all about South Africa and the stories that affect South Africans, wherever they are in the world.We’re independent.No agenda.No Bias.Follow usOur offices are for administrative purposes only, no visitors will be accepted without an appointment.South Africa – Blue Sky Publications (Pty) Ltd T/A TheSouthAfrican Number: 2005/028472/07. Address: Regus Business Centre 1st Floor, Block…
Read More For migrant women in China, though, there were two exceptions, and both have paved a path to help the community in an unusual, personal, and creative way. Nestled in the industrial Niushipu district of Shenzhen, Green Rose Workers’ Service Center 绿色蔷薇社会工作服务中心 is the city’s only NGO that specializes in migrant women services. The center’s main…
Read More

As live shows and concerts continue to suffer due to COVID lockdowns, venue owners try to cope and adapt to different options With a looming threat of a possible third wave, social distancing norms and limited seating capacity, musicians and venue owners in the city are a worried bunch. Although live music is up and…
Read More 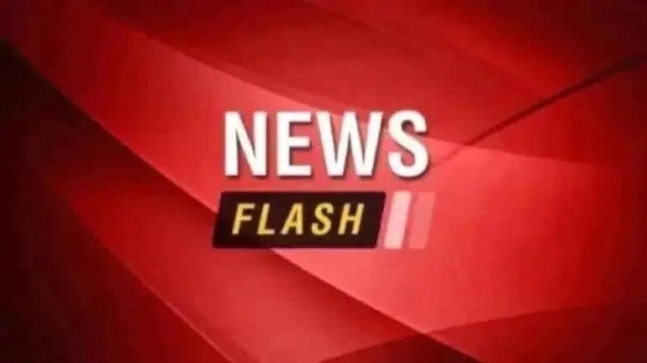 New Delhi | October 04, 2021 23:05 IST This IndiaToday.in Breaking News blog (October 4) brings you the latest news from across India and the world. Find all the news updates here from across the country and world as they happen. Check Latest Updates Posted by Iram Ara IbrahimTamil Nadu reports 1,467 fresh Covid-19 cases,…
Read More 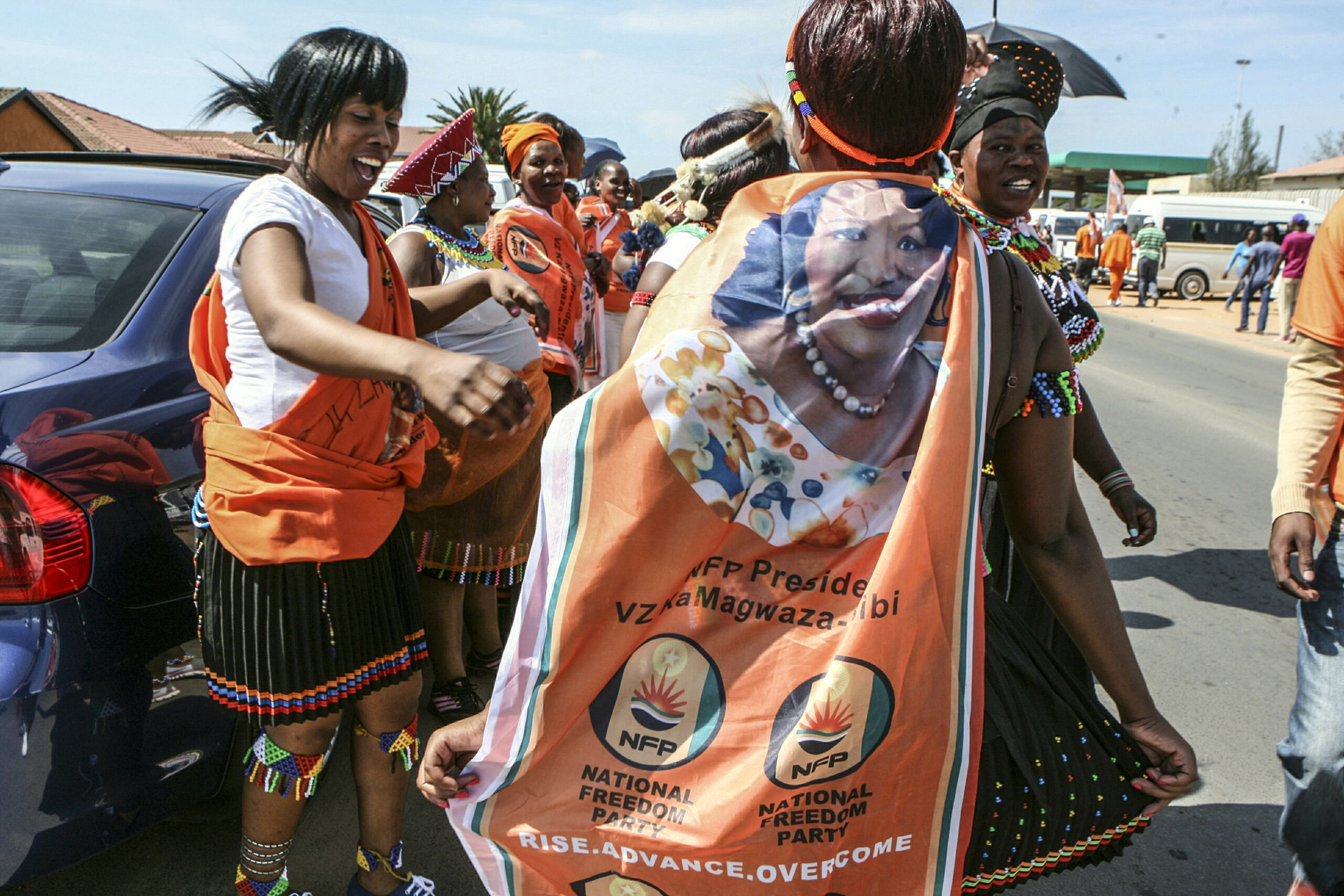 ANC bartering for election? Wards for the proportional representatives seats

National Freedom Party members at the launch of the party's 2014 election manifesto at Mehlareng Stadium in Tembisa, South Africa. (Photo by Gallo Images /Sowetan / Mohau Mofokeng) On 27 August the ANC was left with few options after the party failed to meet the deadline to register candidates for the local government elections with…
Read More
Index Of News
Consider making some contribution to keep us going. We are donation based team who works to bring the best content to the readers. Every donation matters.
Donate Now
Total
0
Share