For the second year in a row, domestic cricket concluded at Lord’s in enthralling fashion. No silverware was lifted this time, nor tears cried in the Pavilion. This year, there was relief rather than champagne in the dressing room. But, thanks to another virtuoso bowling performance, this time from Steven Finn who took 8 for 79 to see off Lancashire, Middlesex are out of the relegation zone, with a do-or-die showdown against Somerset still to play.

Everything went right for Finn, bowling with pace, control and the verve of a man operating close to his peak, wary he had to be the man to preserve his county’s Division One status. The only blemish on an immaculate day for the 28-year-old came when a member of the press accidentally kicked over his celebratory beer. Thankfully, it was only Fosters.

The cold hard numbers are remarkable in themselves, not least because they highlight some peculiarities in Finn’s back catalogue. Those figures of 8 for 79 were his best in first class cricket since a spectacular 9 for 37 against Worcestershire in April 2010 – a month after he made his England Test debut against Bangladesh in Chittagong. This was also his first five-wicket haul since July 2015, when he made a triumphant return to the format against Australia with 6 for 79. His last five-fer in Championship cricket came against Nottinghamshire – 5 for 91 at Lord’s back in April 2014.

In the context of the game, Finn’s haul was Roy of the Rovers stuff, at a time when Middlesex needed him most. Having begun the day with no Toby Roland-Jones, off-spinner Ollie Rayner suffered an intercostal side-muscle injury. Both are unlikely to play at Taunton, where a turning Taunton pitch awaits. “Ollie won’t play next week,” said Voges. “He could hardly breathe out there.” How special, then, that Rayner – as good a team man in the game – continued on in the field and took a stunning catch, diving to his left to grab a flying thick edge with his right hand, to remove the dangerous Ryan McLaren for Lancashire’s ninth and Finn’s seventh wicket.

Many thought that was Lancashire all out after Haseeb Hameed, needing a score of note to be in consideration for the upcoming Ashes tour, took a blow from James Harris on his bottom hand (right) at the start of the 26th over. After a long break with the physio and Hameed seeing if he could hold the bat effectively, he retired hurt. While he was able to return upon McLaren’s wicket, Lancashire confirmed at the end of the day that he had suffered a fractured finger. While it is not a reoccurrence of the injury he sustained out in India during last winter’s Test series, which was a break of the little finger of his left hand, the inability to push his case next week, let alone the recovery time for the injury, almost certainly rules him out of contention for Australia.

Finn, on the other-hand, has pushed himself to the front of the queue. Roland-Jones’ back issue – England, with Middlesex, have arranged for a CT scan after a precautionary scan on day two was inconclusive, with the results to be revealed tomorrow – and Mark Wood’s niggle leaves England worryingly short of fit an X-factor quick ahead of Australia. Voges, in his capacity as resident Aussie, offered his thoughts on whether Finn should tour: “He’s bowled as well as I’ve ever seen him bowl today. If he bowls like that, he should. One-hundred percent. He had rhythm, his pace was up and his areas were good.” Finn was more phlegmatic.

“We’ll see what happens. I’m pretty content with where my game’s at. I felt really good. I felt that my pace was there for most of the game. It’s up to the selectors and whoever picks the team to see who goes Down Under. It’s a really exciting opportunity and really exciting prospect to potentially – hopefully – be in the mix.

“I’ve got experience in playing down there in both one-day internationals and Test matches. Good and bad. I think I could add to whatever group goes down there.” Finn was part of the touring party in England’s 3-1 win in 2010-11, but was dropped after playing the first three Tests. At that point in the series, no England bowler had taken more than his 14 wickets.

Even without an Ashes on the horizon, is it ever possible to discuss Finn without talking about England credentials? He seems to exist on that peculiar plane between the county and international game. Too good for one, jury still out for the other. But by Finn’s own estimation, he hasn’t quite been at his best for Middlesex this season. The opportunity to play such an emphatic part in this victory, against a county who offered him a lucrative contract to move earlier this summer, was the least he owed to his boyhood club.

“I’ve played for this club for a long time and I’m very proud to represent it, and will be into the future. It was about time I did something for the boys!”

Both teams arrived today with a match perfectly set up for the neutral. Lancashire started the day needing 175 more runs for their target of 221. Middlesex, nine chances. Personnel on both sides looking ahead to the winter and wondering whether they should make their own plans.

Finn’s opening burst from the Pavilion End set the tone: five overs of the perfect length to take out Liam Livingstone’s off stump and wrap Lancashire skipper Steven Croft low on the front pad for two wickets, conceding just 14 runs. Voges, standing in as captain after James Franklin dropped himself for this match, needed to rotate three seamers, while also knowing Finn required downtime in the field to prepare for the bursts that would turn this game.

Tim Murtagh and Harris were the perfect foils, offering control and picking up the two that Finn left behind. Shivnarine Chanderpaul, cool as ice, seasoned as oak, was a marquee name in a dangerous middle order. Murtagh trapped him in front to leave Lancashire reeling on 59 for 4, 162 still to get.

Hameed’s blow followed before Dane Vilas injected some impetus into the chase, using Finn’s downtime to drive and cut Murtagh and inventively work Rayner with reverse sweeps and the odd chip-and-charge down to midwicket. Finn’s four-over burst before lunch, while a tad expensive, accounted for Vilas who gloved down the leg side attempting to hook a well-directed bouncer.

Vilas’ counter-attack was carried over by McLaren and Jordan Clark – the latter scoring six of his seven boundaries against Finn, before becoming his fifth victim of the innings. Harris’ graft was rewarded with Tom Bailey adjudged lbw before Finn’s sixth came with Kyle Jarvis forcing Voges to take a brilliant catch above his head at first slip.

Matthew Parkinson, previous best of 9, came out to hold up an end on McLaren’s behalf. Together, they moved to within 38. Then, a sharp delivery from Finn, an attempted ramp from McLaren and a worldie from Rayner at second slip. Out strode a courageous Hameed, in visible discomfort, to block a few balls (Middlesex had no doubt that, despite his broken finger, he would come out to bat at the end). Parkinson, on 13, knew he was Lancashire’s only hope. A drive low to Voges was taken, capping off a brilliant fielding effort to give Finn his eighth and seal a precious third win of the season for Middlesex.

Currently, the defending Champions are up to third, but they are under no illusions that, for once, the table is lying. Onto Somerset they go, in charge of their own destiny. That is all they could have asked for.

Vithushan Ehantharajah is a sportswriter for ESPNcricinfo, the Guardian, All Out Cricket and Yahoo Sport 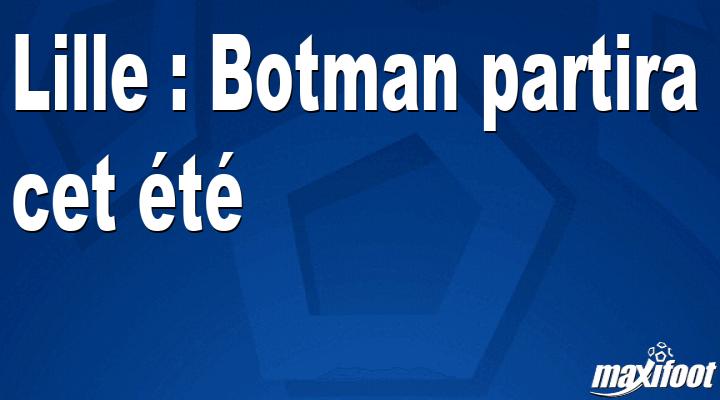 Billie Jean King says Emma Raducanu needs to be given “breathing room” as she bids to compete for tournament wins in 2023.That shock victory has not been followed by further success as Raducanu has struggled with niggling injuries and has been unable to settle on a full-time coach, parting ways with four over the last
Read More 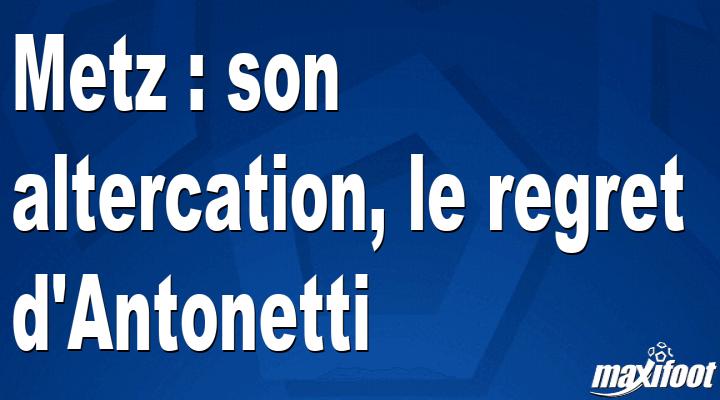 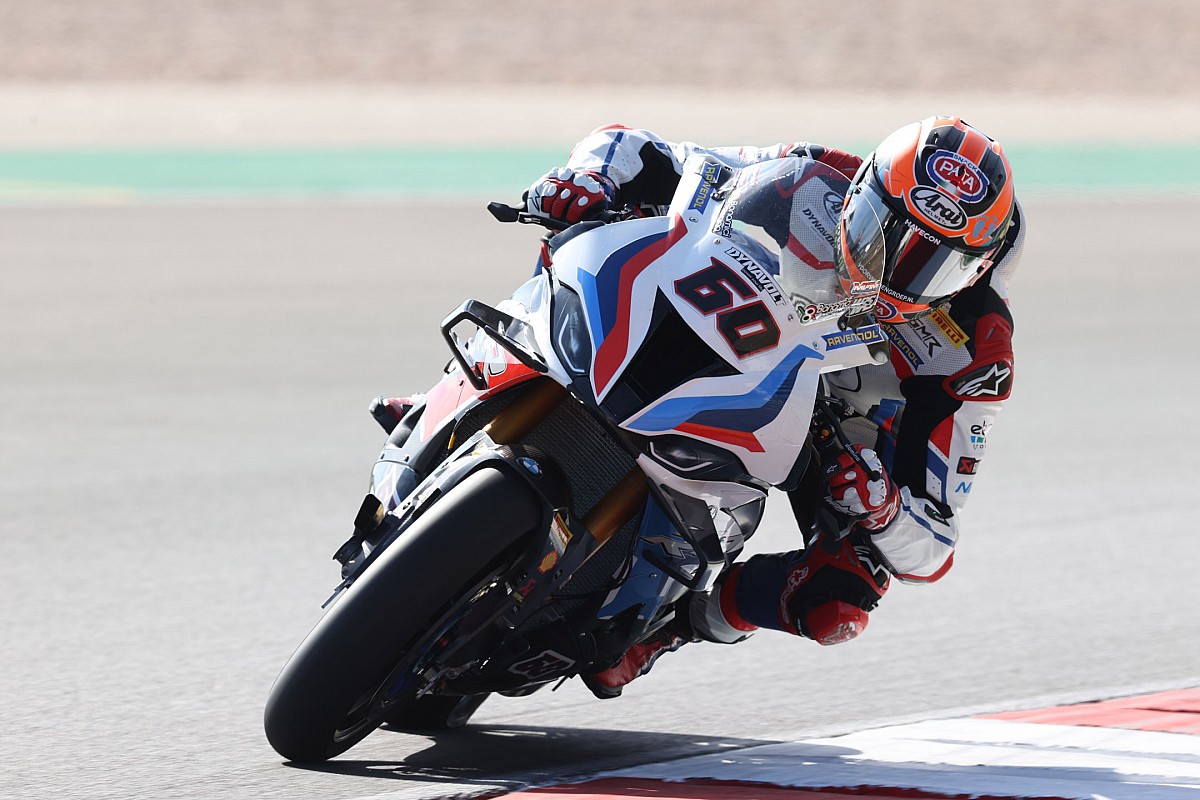 On a damp-but-drying track, van der Mark was the clear class of the field, scything through from fifth on the grid to take the lead from Scott Redding's Ducati and then escaping at the head of the field. The Dutchman went on to give the BMW M1000RR its first victory and end an eight-year wait…
Read More
Index Of News
Consider making some contribution to keep us going. We are donation based team who works to bring the best content to the readers. Every donation matters.
Donate Now
Total
0
Share