What Is the Basic Attention Token (BAT)? | The All-Encompassing Guide

The mission of the BAT team is to fix the broken state of the current digital advertising space in which users are unknowingly tracked, publishers are having trouble monetizing content, and advertisers are constant victims to fraud.

Digital advertising revenue has quickly become monopolized by the two big kids on the block: Facebook and Google. These two companies alone receive 73% of all online ad dollars. The team behind the Basic Attention Token wants to change that.

BAT cuts out the middlemen from the advertising process. Users are paid for their attention watching ads, and publishers receive the majority of the ad revenue directly. Additionally, advertisers gain a better ROI and more accurate data to analyze using BAT.

In this Basic Attention Token guide, we cover:

How Does the Basic Attention Token Work?

Currently, the only web browser able to use the Basic Attention Token is the Brave Browser – a browser created by the BAT development team. Their original roadmap for 2018 stated that the BAT system would be integrated into other browsers and apps by the end of the year. However, it seems as if they’ve pushed that back in priority.

Using smart contracts, advertisers send ads with a token payment in a locked state to users. When a user views the ad, they receive a portion of that token payment. The Brave browser also receives some of the token payment. The remainder of the payment goes to the publisher hosting the advertisement. As a user, you can spend your BAT on several things in the browser including premium articles and products, donations to content providers, or high-resolution photos and data services. The BAT ecosystem may even expand to use micropayments for comments and up/down voting in forums.

A system like this is advantageous for everyone in the digital advertising space.

What Is the Brave Browser?

The Brave browser is an open-source web browser created by the BAT team. With a focus on privacy and speed, the browser blocks intrusive ads and trackers automatically. Even the leading ad blockers on traditional browsers let some advertisements and trackers monitor your behavior. Brave blocks them all.

It also upgrades every site that it can to use the HTTPS protocol, adding an extra layer of security when you browse. The Brave browser uses a background ledger system to anonymously track which sites and content you’re spending most of your time on so it can pay publishers accordingly.

Although the browser constantly measures your attention, this information is completely anonymous, and your private information never leaves your device.

The Brave browser also tracks the attention you’ve devoted to an advertisement.

Your Attention Value for each ad is calculated based on the incremental time the ad is in view and the number of ad pixels that are visible in proportion to relevant content.

Using machine learning on your Attention Value for different ads enables the Brave browser to serve up advertisements that are most relevant to what you’d want to see – a win for both users and advertisers. The team argues that their machine learning strategy creates content that’s more relevant than that of any third-party tracking systems can produce.

The Brave browser uses a ledger to track your online activity.

Over 150 publishers have already partnered with BAT to join Brave Payments, the micro-payment service in the Brave browser. Some of the most notable publishers include Wikihow, Archive.org, and Smashing Magazine. Expect additional partnership announcements as the platform grows.

Officially announced in March 2017, the BAT platform is relatively young. The project had a successful token sale in May, raising $35 million in under 30 seconds. Since then, the development team has accomplished numerous roadmap milestones. They launched the Brave browser, integrated a BAT wallet into the browser, added support for Twitch/YouTube, and began trialing opt-in ads in which you earn rewards for viewing them.

The Brave browser now has well over three million monthly active users. And, there are more than 18,000 Brave verified publishers.

The BAT team consists of some heavy hitters – one of the most notable being Brendan Eich, the founder and chief visionary. Eich created Javascript (yes, that Javascript) and co-founded the Mozilla project leading to Firefox. If there’s anyone you want leading a new browser-based advertising company, it’s this guy.

Who owns your attention? Who owns your web browsing experience? Who gets paid? If not you, then you’re “product”.

The project has a notable advisory board with figureheads such as Zooko Wilcox, founder and CEO of Zcash, and Ankur Nandwani, product manager at Coinbase.

BAT has partnered with Uphold to provide wallet services. And, on the publisher front, is working with the Dow Jones Media Group. Additionally, the Brave Publisher platform utilizes Civic’s identity service.

BAT is one of a handful of cryptocurrency projects focusing on digital advertising. The only other company of note is AdEx which is also creating a decentralized ad exchange. The primary difference between the two is that AdEx has a focus on advertising (specifically on videos) while the Basic Attention Token expands beyond advertising to include premium content, publisher support, micro-donations, etc.

Many popular cryptocurrencies use some form of mining (proof-of-work) or staking (proof-of-stake) to release additional coins into the ecosystem. The Basic Attention Token is different in this regard. Once the user growth pool is empty, no more tokens will enter circulation.

The team uses the UGP to incentivize people to participate in the BAT ecosystem. Starting in June 2018, they began rewarding early users of the Brave browser with $500,000 worth of BAT rewards – the only requirement being that you must spend those rewards on the Brave platform. If you don’t use your BAT within 90 days, they’ll be put back in the UGP for distribution.

The BAT price did feel the effect of the following bear market. However, it hasn’t fallen as much as its crypto brethren. Since the start of the 2018 fall, the coin has experienced three rallies: one in April, one in July, and most recently, the current November rally. November 2018’s upswing in price has been directly caused by Coinbase’s announcement to list the Basic Attention Token as a tradeable asset.

With the Brave browser launch already in the books, BAT adoption will be the main catalyst of positive price movement moving forward. This adoption may come in the form of increased Brave use, other browsers implementing BAT, or more publishers and advertisers tapping into the system.

Where to Buy BAT

You can purchase BAT as a trading pair with Bitcoin (BTC) on Bittrex and Binance. It’s also available to exchange with Ethereum (ETH) on those platforms, but with significantly less volume.

As of November 2018, you can also purchase BAT for USD on Coinbase Pro (formerly GDAX). It’s safe to assume that it’ll soon be available on Coinbase as well.

You also receive BAT by using the Brave browser. As an early adopter of the browser, you receive an award of up to 5 BAT per month. Once the team fully releases opt-in ads, you’ll begin receiving BAT for viewing ads as well.

Where to Store BAT

Because it’s an ERC20 token, you can store BAT in any ERC20 compatible wallet. MyEtherWallet is a great option.

If you’d like to store your funds in a hardware wallet (something we highly recommend), the Ledger Nano S or Trezor hardware wallets work great as well.

Most importantly, you can store BAT in the Brave browser wallet.

The Basic Attention Token is one of the few cryptos out there with a rockstar team, straightforward use-case, and working product. Even more impressive, the leader of the whole project has already produced one popular browser, Firefox, and has the relationships to implement BAT into the other already existing ones.

As content continues to grow in importance on the web, BAT may just shape the way that providers, advertisers, and users interact with each other from now on. 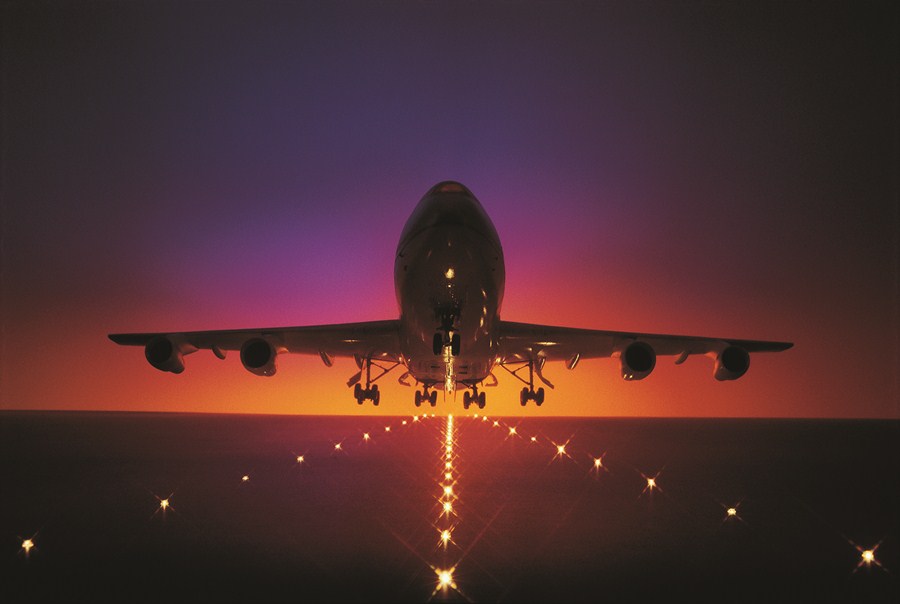 Within a day of 5G launch, US airlines say technology could cause 'catastrophic' outages

The defence ministry on Wednesday approved the procurement of military platforms and hardware worth Rs 13,165 crore that includes 25 indigenously-developed ALH Mark-III helicopters. The cost of acquiring the helicopters has been estimated at Rs 3,850 crore, while a batch of rocket ammunition will be procured for Rs 4,962 crore, the defence ministry said. The…
Read More

Choose your subscription Trial Try full digital access and see why over 1 million readers subscribe to the FT For 4 weeks receive unlimited Premium digital access to the FT's trusted, award-winning business news Digital Be informed with the essentialnews and opinion MyFT – track the topics most important to you FT Weekend – full…
Read More 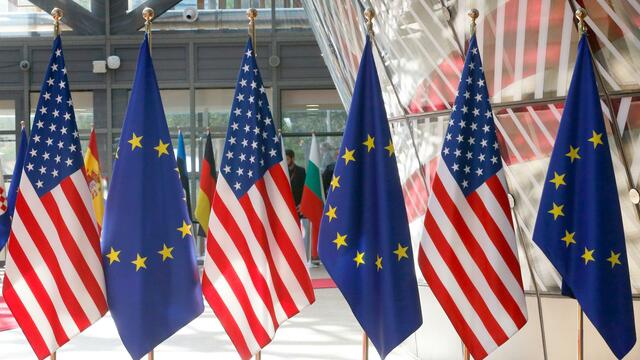 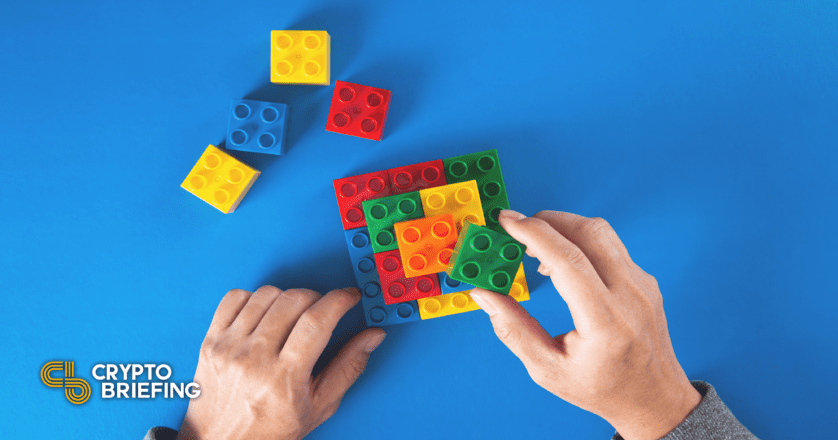 Key Takeaways Build Finance DAO was targeted by a governance attack this week that allowed the perpetrator to mint and sell tokens. The attacker likely gained the equivalent of 160 ETH or $470,000 from the various tokens that were stolen. Build Finance's BUILD token has been compromised but it claims its METRIC token and Metric…
Read More
Index Of News
Consider making some contribution to keep us going. We are donation based team who works to bring the best content to the readers. Every donation matters.
Donate Now
Total
0
Share