Will ‘Dr. Disinformation’ Ever Face the Music?

Earlier this month, Dr. Rashid Buttar posted on Twitter that covid-19 “was a planned operation” and shared an article alleging that most people who got the covid vaccine would be dead by 2025.

His statement is a recent example in what has been a steady stream of spurious claims surrounding the covid vaccines and treatments that swirl around the public consciousness. Others include testimony in June by Dr. Sherri Jane Tenpenny before Ohio state legislators that the vaccine could cause people to become magnetized. Clips from the hearing went viral on the internet. On April 9, 2020, Dr. Joseph Mercola posted a video titled “Could hydrogen peroxide treat coronavirus?” which was shared more than 4,600 times. In the video, Mercola said inhaling hydrogen peroxide through a nebulizer could prevent or cure covid.

These physicians are identified as members of the “Disinformation Dozen,” a group of top superspreaders of covid vaccine misinformation on social media, according to a 2021 report by the nonprofit Center for Countering Digital Hate. The report, based on an analysis of anti-vaccine content on social media platforms, found that 12 people were responsible for 65% of it. The group is composed of physicians, anti-vaccine activists and people known for promoting alternative medicine.

The physician voices are of particular concern because their medical credentials lend credence to their unproven, often dangerous pronouncements. All three continue to hold medical licenses and have not faced consequences for their covid-related statements.

But leaders of professional medical organizations increasingly are calling for that to change and urging medical oversight boards to take more aggressive action.

In July, the Federation of State Medical Boards, the national umbrella organization for the state-based boards, issued a statement making clear that doctors who generate and spread covid misinformation could be subject to disciplinary action, including the suspension or revocation of their licenses. The American Board of Family Medicine, American Board of Internal Medicine and American Board of Pediatrics issued a joint statement Sept. 9 in support of the state boards’ position, warning that “such unethical or unprofessional conduct may prompt their respective Board to take action that could put their certification at risk.”

And the superspreaders identified by the center’s report are not alone. KHN identified 20 other doctors who have made false or misleading claims about covid by combing through published fact checks and other news coverage.

For example, at an Indiana school board meeting in August, Dr. Dan Stock claimed the surge in covid cases this summer was due to “antibody mediated viral enhancement” from people receiving covid vaccines. PolitiFact rated his claim “Pants on Fire” false.

Dr. Stella Immanuel, a member of a group America’s Frontline Doctors, which has consistently made false statements about covid, said in a video that went viral in July 2020 that masks weren’t needed because covid could be cured by hydroxychloroquine. Immanuel’s website currently promotes a set of vitamins, as well as hydroxychloroquine and ivermectin, as covid treatments.

Two of the doctors mentioned by name in this article responded to requests for comment. Mercola offered documents to rebut criticisms of his hydrogen peroxide covid treatment and took issue with the center’s “Disinformation Dozen” report methodology. Buttar defended his positions, saying via email that “the science is clear and anyone who contests it, has a suspect agenda at best and/or lacks a moral compass.” He also pointed to data from the Centers for Disease Control and Prevention’s Vaccine Adverse Event Recording System, considered inconclusive by many experts.

Since the onset of the covid pandemic, misinformation has been widespread on social media platforms. And many experts blame it for undermining efforts to curb the coronavirus’s spread. A recent poll showed that more than 50% of Americans who won’t get vaccinated cited conspiracy theories as their reasons — for example, saying the vaccines cause infertility or alter DNA.

Some physicians have gained notoriety by embracing covid-related fringe ideas, quack treatments and falsehoods via social media, conservative talk shows and even in person with patients. Whether promoting the use of ivermectin, an anti-parasitic drug primarily used to treat animals in the U.S., or a mix of vitamins to treat covid, doctors’ words can be especially powerful. Public opinion polls consistently show that Americans have high trust in doctors.

“There is a sense of credibility that comes with being a doctor,” said Rachel Moran, a researcher who studies covid misinformation at the University of Washington. “There is also a sense they have access to insider info that we don’t. This is a very confusing time, and it can seem that if anyone knows what I should be doing in this situation, it’s a doctor.”

While covid is a novel and complicated infectious disease, physicians spreading misinformation generally have no particular expertise in infectious diseases. Dr. Scott Atlas, who endorsed former President Donald Trump’s unproven statements about the course of the pandemic, is a radiologist.

Traditionally, the responsibility of policing physicians has fallen to state medical boards. Beyond overseeing the licensing process, these panels investigate complaints about doctors and discipline those who engage in unethical, unprofessional or, in extreme cases, criminal activity. Any member of the public can submit a complaint about a physician.

“The boards are relatively slow and weak and it’s a long, slow process to pull somebody’s license,” said Arthur Caplan, founding head of the Department of Medical Ethics at New York University. “In many states, they have their hands full with doctors who have committed felonies, doctors who are molesting their patients. Keeping an eye on misinformation is somewhat down on the priority list.”

To date, only two doctors have reportedly faced such sanctions. In Oregon, Dr. Steven LaTulippe had his license suspended in December 2020 for refusing to wear a face mask at his clinic and telling patients that masks were ineffective in curbing the spread of covid, and even dangerous. Dr. Thomas Cowan, a San Francisco physician who posted a YouTube video that went viral in March 2020 stating that 5G networks cause covid, voluntarily surrendered his medical license to California’s medical board in February 2021.

Dr. Humayun Chaudhry, president of the Federation of State Medical Boards, however, said it’s possible some doctors could already be the subject of inquiries and investigations, since these actions are not made public until sanctions are handed down.

KHN reached out to the medical and osteopathic boards of all 50 states and the District of Columbia to see if they had received covid misinformation complaints. Of the 43 that responded, only a handful shared specifics.

During a one-week period in August, Kansas’ medical board received six such complaints. In all, the state has received 35 complaints against 20 licensees about spreading covid misinformation on social media and in person. Indiana has received about 30 in the past year. South Carolina said it had about 10 since January. Rhode Island didn’t share the number of complaints but said it has taken disciplinary action against one doctor for spreading misinformation, though it hasn’t moved to suspend his license. (The disciplinary measures include a fine, a reprimand on the doctor’s record and a mandate to complete an ethics course.) Five states said they had received only a couple, and 11 states reported receiving no complaints regarding covid misinformation.

Confidentiality laws in 13 states prevented those boards from sharing information about complaints.

Social media companies have also been slow to take action. Some doctors’ accounts — specifically those among the Disinformation Dozen — have been suspended, but others are still active and posting misinformation.

“Even when it’s the same companies, Facebook will sometimes take posts down, but Instagram will not,” Ahmed said, referring to Facebook’s ownership of Instagram. “It goes to show their piecemeal, ineffective approach to enforcing their own rules.”

A Facebook spokesperson said the company has removed over 3,000 accounts, pages and groups for repeatedly violating covid and vaccine misinformation policies since the beginning of the pandemic. Buttar’s Facebook and Instagram pages and Tenpenny’s Facebook page have been removed, while Mercola’s Facebook posts have been demoted, which means fewer people will see them. Tenpenny and Mercola still have Instagram accounts.

Part of the challenge may be that these doctors sometimes present scientific opinions that aren’t mainstream but are viewed as potentially valid by some of their colleagues.

“It can be difficult to prove that what is being said is outside the range of scientific and medical consensus,” said Caplan. “The doctors who were advising Trump — like Scott Atlas — recommended herd immunity. That was far from the consensus of epidemiologists, but you couldn’t get a board to take his license away because it was a fringe opinion.”

Even if these physicians don’t face consequences, it is likely, experts said, that the public health will. 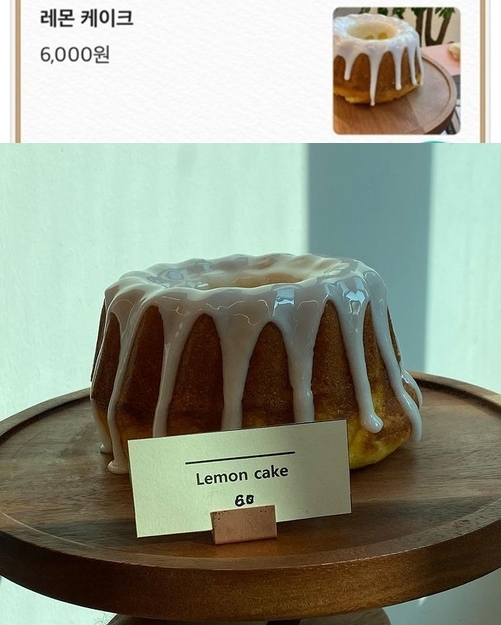 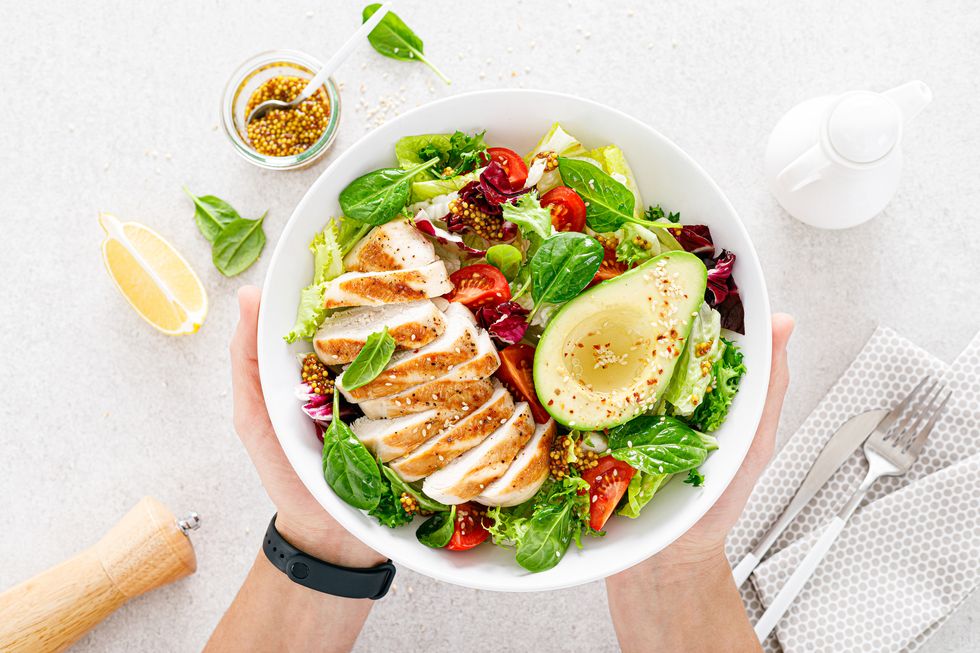 Everything You Need to Know About the Keto Diet for Beginners

THE KETOGENIC DIET has powered everything from celebrity cookbooks, to Instagram influencers to macro-tracking apps. To say the Keto market is booming is an understatement—and it's not slowing down any time soon. From its humble beginnings in the 1920s, our perception of the diet has changed dramatically—it's been seen as a treatment for epilepsy (yes
Read More

There could be significant monkeypox transmission before symptoms appear, making it tougher to get infected people into timely quarantine, according to an observational study. An analysis of contact-tracing data from the U.K. Health Security Agency (UKHSA) showed that transmission was spotted up to a maximum of 4 days before symptom onset, and that 53% of
Read More

Your Kid’s Aversion to Broccoli May Be Genetic

By Steven Reinberg HealthDay Reporter THURSDAY, Sept. 23, 2021 (HealthDay News) -- Parents and their children often share numerous traits -- including a dislike for broccoli and other veggies in the same family. Noxious enzymes from bacteria in saliva may be the reason why, a new study suggests. Levels of these compounds are similar in…
Read More
Index Of News
Consider making some contribution to keep us going. We are donation based team who works to bring the best content to the readers. Every donation matters.
Donate Now
Total
0
Share