While us tech nerds love to debate whether or not the iPad Pro could replace your laptop, most people tend to stick with the entry-level iPad. It makes sense. The device may not offer the flashiest design or the most powerful performance, but it’s nearly identical where it matters — the software experience and integration with Apple’s wider ecosystem.

For 2021, Apple has updated the entry-level tablet once again. The new device offers the same design, same display, and same support for only the first-generation Apple Pencil. So what’s new? Well, it has a new processor and a new front-facing camera. That’s about it.

While a little boring, the processor bump is still a welcome change, even though it indicates that Apple will probably keep this design around for at least another year or so. But given the fact that the design is getting a bit long in the tooth, should you buy the 2021 entry-level iPad? I’ve been testing the device to find out.

If you’ve seen Apple’s cheaper tablet before, you know exactly what the 2021 model looks like. The device keeps the same design as the previous generation, with its larger forehead and Touch ID button at the bottom. It doesn’t have flat edges, like all other recent iPad models, and it doesn’t support the second-generation Apple Pencil — so you’ll have to deal with plugging the Apple Pencil into the Lightning port.

Speaking of the Lightning port, that’s another holdover from the iPads of old. The entry-level iPad is now the only one to not offer a USB-C port. I assume that will change when Apple finally gives the device the design refresh. At least, I hope so.

None of this is to say that the device looks bad. It’s just…dated. It still offers Apple’s classic aluminum unibody build, and is clearly well-made. It’s still thin and light, and easy to carry around the house. And, it’s currently the only Apple tablet with a headphone jack.

In a world of edge-to-edge displays and flattened edges, it’s time Apple brings the most recent iPad in line with the rest of the lineup. Until then, the entry-level iPad looks fine.

The display on the tablet is still 10.2 inches, making it the smallest display on any iPad that’s not the iPad Mini. But it doesn’t look under-sized. The display is easily big enough for watching movies, playing games, and so on.

Despite being a little old-school, the display is still pretty nice. It’s an LCD display with a 1620 x 2160 resolution, and while it doesn’t get quite as bright as some models, nor does it have quite the contrast, it’s more than good enough to watch movies and TV shows in style.

New for this model is support for Apple’s True Tone technology. This means that the display will slightly change the colors of the display depending on the ambient light in the room — helping make sure that it looks more accurate.

Performance and A15 Bionic

Apple surprised us a little by putting the ultra-powerful A15 Bionic chip in the new iPad Mini. Unfortunately, the entry-level iPad has not gotten the same treatment — but it still gets an A13 Bionic chip, which is an upgrade from the A12 Bionic in the 2020 model.

Really, it doesn’t matter much that the tablet doesn’t have the latest chip. It’s still easily powerful enough to handle pretty much everything you can throw at it. That includes heavier gaming and multitasking, as well as productivity tools. While there’s no Magic Keyboard for the iPad, many could use it with the Smart Keyboard and replace their laptop. The difference between this and a higher-end iPad is more than it might take an extra second or two to load — not that you’ll see more app crashes and freezes.

Of course, there are some things that you should still buy a higher-end tablet for. If you’re looking for something for graphic design and other heavier creative tasks, then an iPad Air or iPad Pro may be worth considering again. The entry-level iPad is still the tablet for the masses — not necessarily the tablet for professionals.

Benchmarks confirmed the pretty excellent performance. Below can be found the benchmark results that we achieved.

These results don’t reach the heights of the iPad Air or Pro, but they certainly beat the last-generation iPad, and show that the device can still easily hold its own for the vast majority of tasks you would use a tablet for.

The tablet offers a 10-hour battery life, according to Apple. Really, most users should expect to get at least a few days of moderate use out of the iPad, especially those that only really plan on using it to surf the web and use social media.

While you’ll definitely run down the battery in a full day of heavy use, most users shouldn’t have to worry too much about battery life on the 2021 iPad.

Camera gets upgraded to 8 megapixels

The 2021 iPad comes with an 8-megapixel rear-facing camera, which is the same as the previous-generation. The photos it takes may end up being slightly better than the last-gen model thanks to the better image processing tech on the A13 Bionic, however without a last-gen iPad to test I wasn’t able to put them head-to-head. Basically, the rear camera is fine, but the camera on your phone is probably better.

Perhaps more important for this year is the improvement to the front-facing camera. Apple has put a 12-megapixel ultrawide camera on the front of the device, and it supports Center Stage, which is great to see. Center Stage is a very helpful feature, and I love that it’s now available on Apple’s cheapest tablet. Only a year ago, it was only in the iPad Pro.

The iPad comes with Apple’s iPadOS 15 — the latest and greatest version of the still relatively new operating system. On this tablet, it works great. If you’ve used an iPhone or iPad before, you’ll have no problem navigating the software on the 2021 iPad.

The new tablet supports the Smart Keyboard, which works pretty well and offers a decent typing experience. It’s not quite as great as the Magic Keyboard, which feels even better and has a touchpad. But it will definitely work for those who want a keyboard experience.

Unfortunately, the device does not support the second-generation Apple Pencil. You’re limited to the first-gen model, with its Lightning connector. Frankly, if you want a tablet to use with the Apple Pencil, we recommend upgrading to the iPad Air.

The 2021 iPad isn’t very exciting. It takes an aging design, and gives it a better processor and improved front-facing camera — but for most, that’s enough. I really want to see an updated entry-level model in the near future. Hopefully, that will come next year. But the device still works just as well as it always has, and the support for Center Stage does help.

The real question is whether or not you want to buy the $600 iPad Air, or save your cash and go for the cheaper tablet. Ultimately, the Air is a much better tablet. It offers a more modern design, is a little more powerful, and supports the second-gen Apple Pencil. If you can afford it, it’s worth buying instead.

But if you just want a solid tablet for web browsing, social media, and the occasional mobile game, the entry-level iPad is still a great way to go.

Yes. It’s not the most exciting tablet, but it’s still an iPad, and it works great.

Extreme warming at the end-Permian induced profound changes in marine biogeochemical cycling and animal habitability. These changes led to the largest metazoan extinction in Earth’s history. However, a causal mechanism for the extinction consistent with various proxy records of geochemical conditions through the interval has yet to be determined. Generally, scientists believe Siberian volcanos spitting…
Read More

How to Win ‘Sober October’ (Even If You Drink a Little)

Photo: MaxyM (Shutterstock)As you’ve probably guessed from the name, Sober October is an effort aimed at getting folks to take a month off from drinking alcohol. It began in 2014 as a fundraiser for Macmillan Cancer Support in the UK, and has grown into a worldwide trend, boosted, perhaps by the increase in alcohol consumption
Read More

AppleIf you use a modern iPhone on T-Mobile’s cellular network, there’s a good chance you’ll see the “5G UC” icon on the status bar instead of “5G.” Here’s what it tells you about your cellular connection. 5G UC Stands for “5G Ultra Capacity” This icon indicates you’re connected to a type of 5G network, and…
Read More 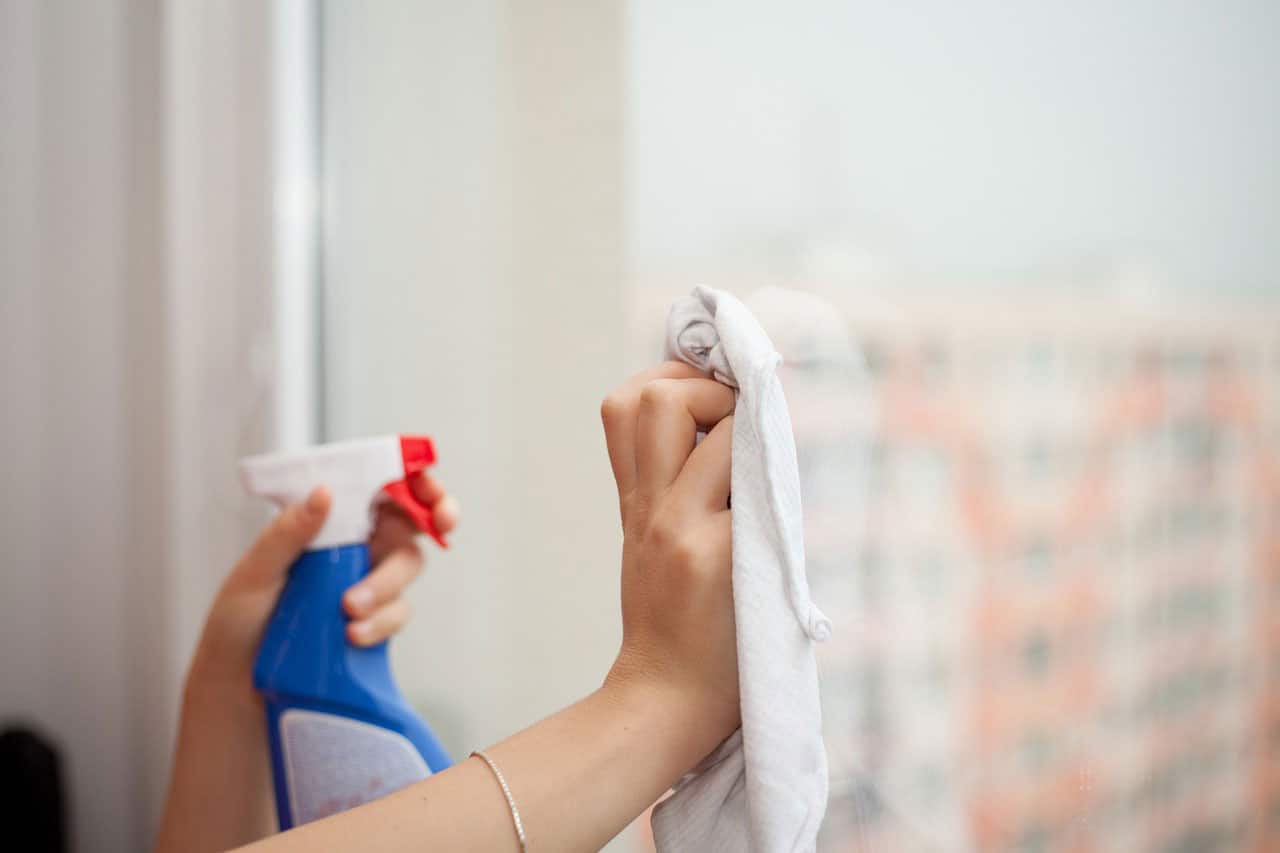 Current physical activity guidelines focus on volume and intensity for Cardiovascular Disease prevention rather than common behaviors responsible for movement. A new study by a multi-institutional team examined the associations of a machine‐learned, accelerometer‐measured behavior termed daily life movement (D.L.M.) with incident CVD. The study shows that simply being “up and about” performing routine activities,…
Read More

On Dec 31, 2021 firefighters walk near a home destroyed by a wildfire in Boulder County, Colorado. Three people are missing after a wildfire tore through several Colorado towns, quickly destroying nearly 1,000 homes as part of the latest in a string of US natural disasters. "We're very fortunate that we don't have a list…
Read More
Index Of News
Consider making some contribution to keep us going. We are donation based team who works to bring the best content to the readers. Every donation matters.
Donate Now
Total
0
Share