Ashes call-up Vince toughs it out as Hampshire survive

Having needed the help of the ECB to keep them in Division One this season, Hampshire at least earned the right to be there in 2018, securing the draw they required to finish ahead of Middlesex, thus relegating the 2016 champions following their defeat in Taunton.

They finished seven down, with Vince at the centre of their resistance as he held out for nearly two-and-three-quarter hours in making 30.

Every indicator from days two and three of this match – the first was entirely lost – suggested there would be a positive outcome, with nine more wickets for Warwickshire looking a stronger possibility than 239 more runs for Hampshire, who resumed on 20 for 1.

Even a one-hour delay to the start, the effects of heavy overnight rain on an already damp surface requiring almost a carpet of sawdust on the bowlers’ approach at the Pavilion End, there was no reason to revise that view.

Yet after flirting with a collapse just after lunch, when three wickets fell in the space of 15 deliveries, Hampshire hunkered down and battled, for 62 overs more, until they were able, with great relief, to exchange handshakes with their opponents and begin to slap each other on the back.

They had some scary moments. When they were not contending Jeetan Patel’s extravagant turn, they had Ryan Sidebottom’s searing pace to think about. The Australian-born right-armer with the famous name will be a real threat to Division Two batsmen as Warwickshire attempt to bounce back from relegation, provided they can keep him fit.

It was Sidebottom, in particular, who made them sweat. He began the post-lunch wobble, dismissing Sean Ervine with a ball from the unplayable category, one from round the wicket to the left-hander that straightened up late to take the edge, and he rocked them back again after tea.

Until then, Vince and Liam Dawson seemed to have done the job, guiding Hampshire to within 33 overs of safety, grinding out 30 overs of resistance in which Patel, who had removed Tom Alsop and George Bailey in consecutive overs after lunch, had tried everything in his extensive repertoire without conjuring a chance. Bailey, the captain, had been leg before, inexplicably attempting to reverse sweep his second ball. It was an aberration that looked likely not to matter.

But then Sidebottom, who had switched to the Birmingham End, tempted Dawson to flash at one outside off and he was caught behind, having faced 94 balls for his nine. 31.2 overs still remained.

Ian Holland arrived, with a calm head, and another 10 overs rolled by. The balance again tipped the way of Hampshire, only to shift back as Vince, so solid for 159 minutes, followed his partner in finding a ball from Sidebottom with his name on it, one like Ervine’s that he could do little about, gone for 30 from 124 balls.

Sidebottom looks a real prospect, fast and skilful, which begs the question why, at the age of 28, so little has been seen of him previously. The answer to that question is that, a late starter in the game, he has been plagued by stress fractures, to ankles and feet, which caused Victoria to let him go last winter after three seasons and one Sheffield Shield match.

Confident those injuries are behind him, he has been playing Birmingham League cricket and touting himself for a county this year. Northamptonshire and Nottinghamshire both had a look, but Warwickshire have taken the chance, giving him a one-year deal for 2018.

With Vince’s dismissal, Hampshire faced a test of nerve, and 22 overs suddenly seemed a long way from safety.

Sidebottom took a breather, with 3-40, but Patel came back for another go, six men and the wicketkeeper round the bat. Warwickshire, playing only for self-respect, kept the pressure on and Middlesex can thank them for that.

The new ball, available and taken with eight overs remaining, offered the possibility of another twist. Sidebottom returned. Four slips and a gully took their places. There is no Keith Barker in this Warwickshire side, though, and Olly Hannon-Dalby was not quite such a threat.

Holland now had the experience of Gareth Berg as company, to absorb some more pressure. Eventually, Hannon-Dalby sent Berg’s middle stump flying. Three wickets in hand and only 14 balls left, the odds were with Hampshire, yet the tension lifted only when defeat was impossible.

It will have felt like a victory, yet Hampshire were top of the table after they beat Warwickshire in Southampton in June, with high ambitions. They may have survived but can expect an inquest, nonetheless.

Cozy autumn time: 5 things you can do in October 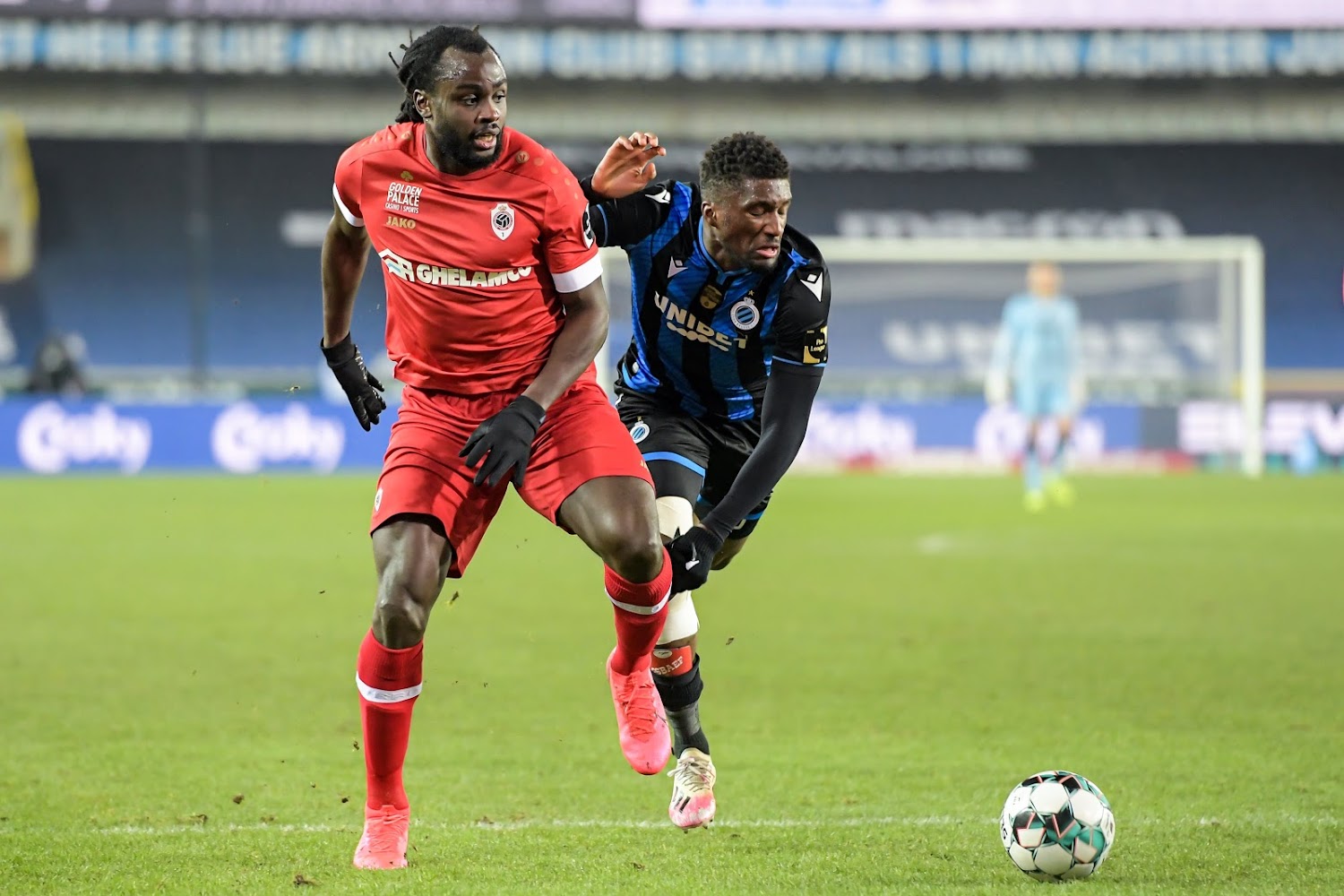 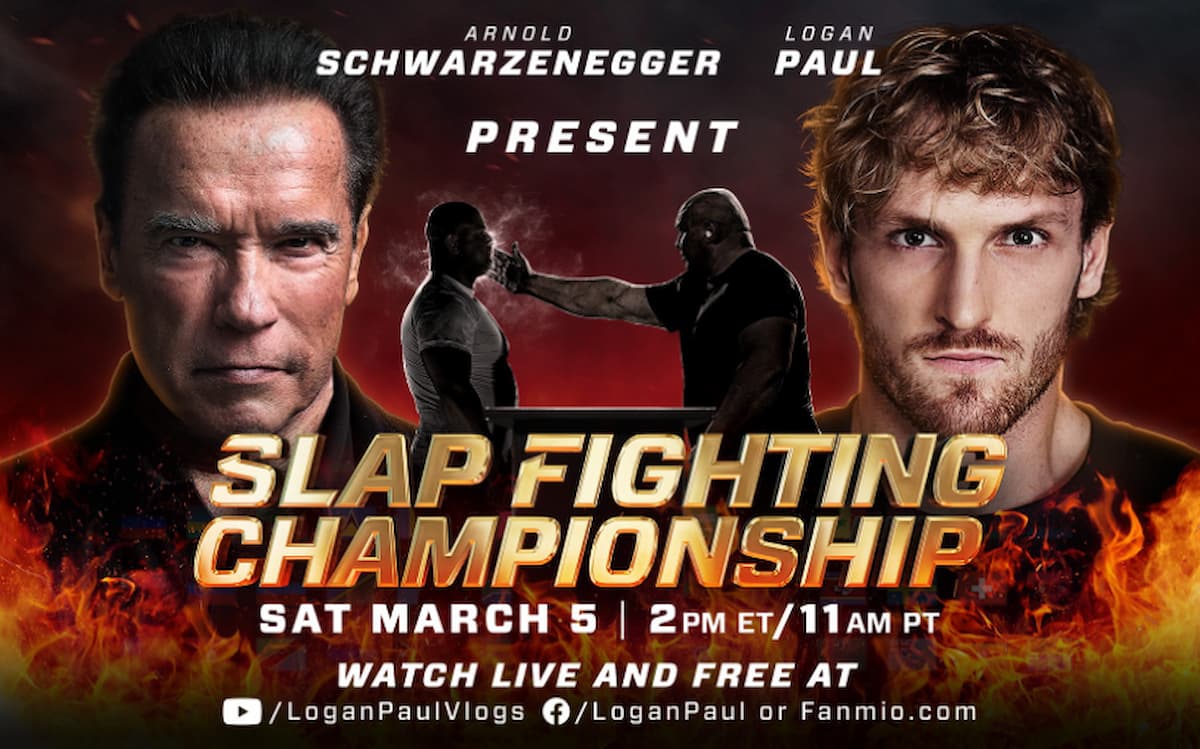 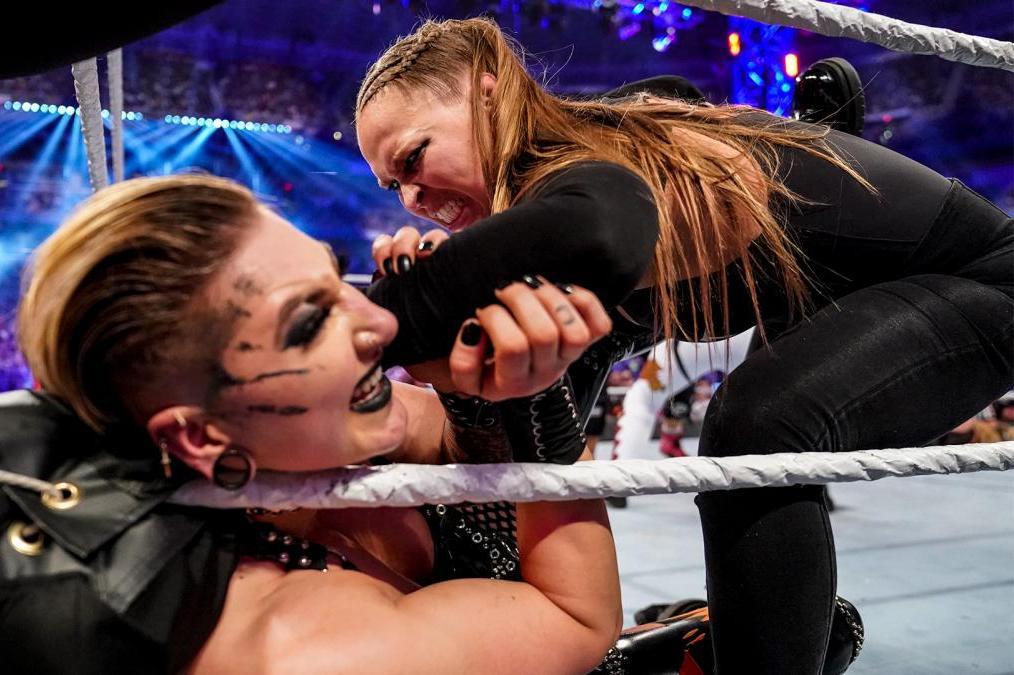 The Real Winners and Losers from 2022 WWE Royal Rumble

0 of 5Credit: WWE.comThe 2022 WWE Royal Rumble had the chance to be something special. It's a rare night when WWE can rarely lose. With so many chances to surprise people, the company can let the talent shine while booking a few twists along the way.Unfortunately, it managed to fail this year when it should have been…
Read More 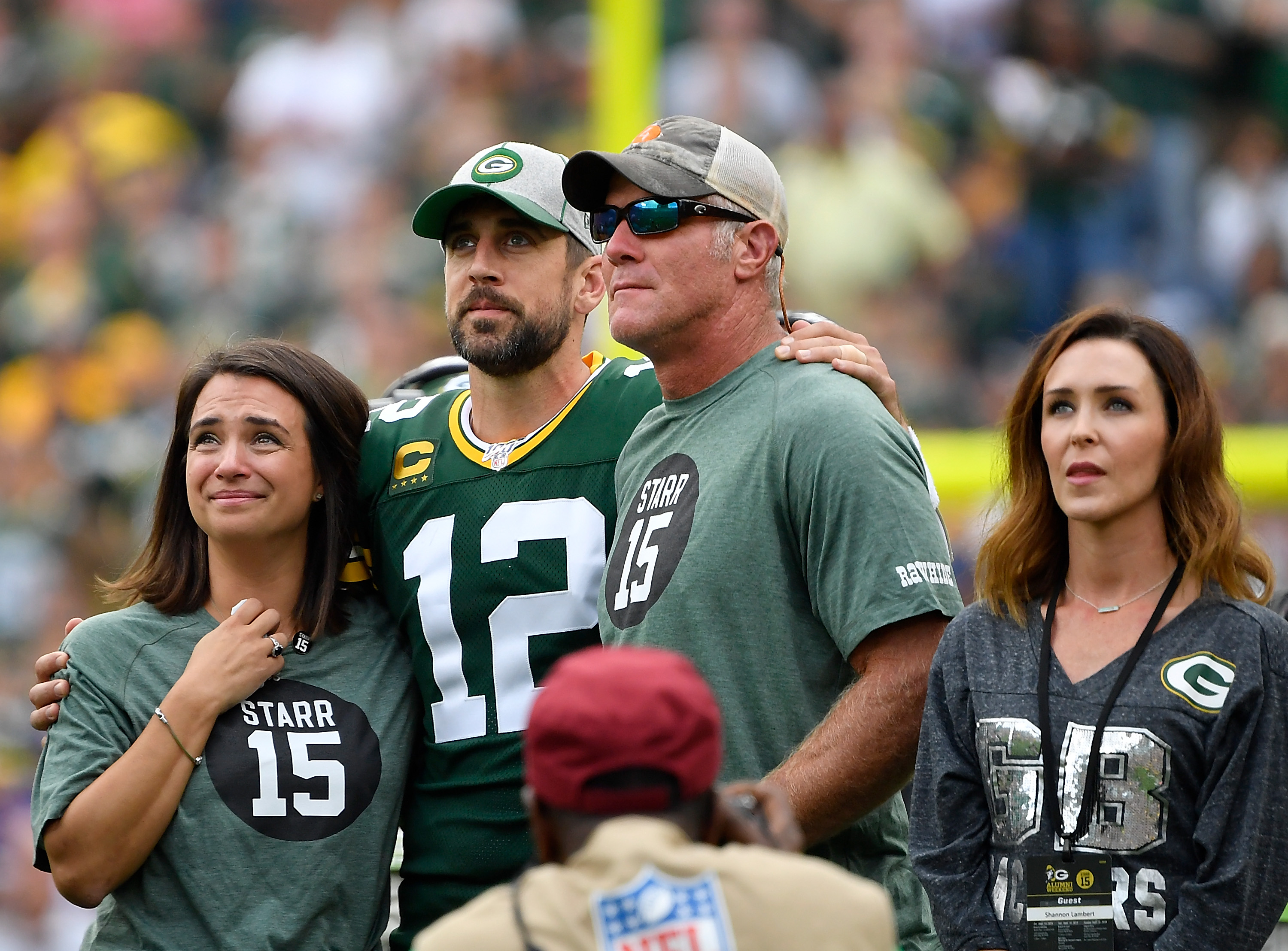 Quinn Harris/Getty ImagesNFL Hall of Famer and former Green Bay Packers quarterback Brett Favre thinks Aaron Rodgers won't be with the Packers come the 2022 season."I think we may have seen the last of Aaron in Green Bay," he told AL.com's Mark Helm and Lee Shirvanian on WNSP-FM 105.5's The Opening Kickoff on Tuesday. "I don't know that…
Read More 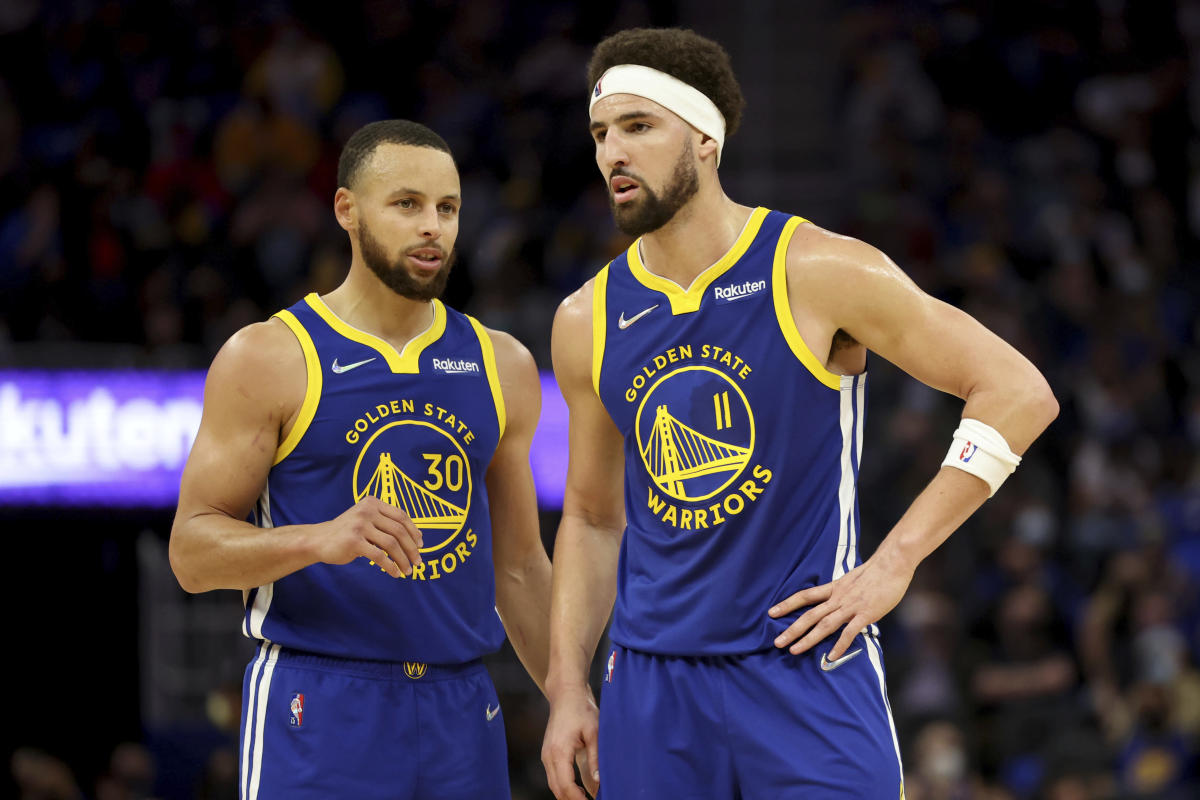 SAN FRANCISCO (AP) The Golden State Warriors were frenzied, rushing shots and being careless with the basketball. It led to perhaps their worst loss this season to an Indiana team with a handful of injured stars watching in street clothes.Keifer Sykes hit a go-ahead 3-pointer with 1:41 left in overtime and a layup the next…
Read More
Index Of News
Consider making some contribution to keep us going. We are donation based team who works to bring the best content to the readers. Every donation matters.
Donate Now
Total
0
Share