National Cabinet of Experts: “The green mark in its current form does not achieve its purpose”

Prof. Blitzer presented the main issues for discussion: The recommended containment measures now given the morbidity data and its complications: Does the concept of management according to the number of critically ill patients prove itself? Do morbidity rates now meet the definition of ‘reasonable morbidity’ that can be accepted and contained? Is it necessary to update the strategic perception in light of the lessons of the development of the fourth wave?

Magen Yisrael “as well as the main dilemmas in daily activities. Yoram Hamo presented his proposal to update the strategic concept in light of the lessons of the fourth wave. The risks in the education system – reducing contacts and implementing the Education Protector program in areas where morbidity is high, emphasizing that now almost nothing remains the main components of this outline. Some have been canceled, it was reported, by the government and the Knesset Education Committee and some cannot be implemented in the current scope of illness.

In the discussion that ensued, the following facts were emphasized: The Cabinet of Experts states that despite the hope for a reduction in morbidity due to the vaccination campaign, it is not possible and unlikely to continue on the existing route and a policy change is required for the interim period until a significant and steady decline in severe morbidity is demonstrated. , Braking, absorption – and it was recommended to stick to one of them: braking. But the government chose an intermediate option, an “absorption” policy for an indefinite period, with almost no major effort to curb and reduce infection, and in the case of reaching the threshold of critically ill, return to braking efforts.

“Except as we warned in advance”, The summary report of the discussion stated, “A long series of critical tools for containment – tools focused on and around the infected such as epidemiological investigation, early detection, careful isolation and enforcement – are no longer applicable at a stage where there are between 8,000 and 10,000 verified patients per day. The braking systems are not up to the task now and the range of options is reduced to the family of non-selective tools which, by their nature, are more detrimental to the economy and less acceptable to the public. “

As a conclusion to the medium term and after the fourth wave, the experts’ cabinet argues, “This approach of management according to the number of difficult patients up to a very advanced stage is dangerous, and the approach operates a wider range of tools, including A green mark, a congestion limit, at an earlier stage, is correct in the future, in light of the lessons of the fourth wave so far. “

It was further argued that” in the absence of other tools that meet the definition of The government is blaming the vaccines, and especially the booster vaccines, alongside a minimum of economic restrictions even if the morbidity increases rapidly and even reaches a peak. Thus, the forum warns that this approach has so far not proven itself, and hence also that future perception of vaccines as an answer alone carries with it an excessive risk. Additional tools should be incorporated both in the response now and in the policy prepared for the next event. “

Later in the document details were given: the expectation was both to reduce the serious morbidity by directly protecting the elderly population and to reduce infection by direct effect (prevention Vaccination of the vaccinee) and indirectly mainly in the young vaccine. And go and they fill the intensive care units in the hospitals. “

Regarding the inhibition of infections: “Booster vaccines for young people provide a significant solution in reducing infections, morbidity and mortality, but they can not be used as an almost exclusive solution. Greater emphasis is now needed both on the first and second vaccines (for the hundreds of thousands who have not yet been vaccinated) and on dealing with the corresponding vectors that led to further infections: opening the school year in the way it was performed; Tishrei holidays – and the continuation of the gatherings under the conditions of a green sign that allows unattended entry for people infected with an increasing rate (vaccinated in two doses when the effect of the vaccine on them decreases).

According to the report, in the population where schools remain open – As in the Arab sector – a significant and steady increase is now observed over the past few weeks, especially at school age. The same has happened in the ultra-Orthodox society around A. Elul. In morbidity, and because it is already difficult to give optimal care to all patients in need of intensive care and Acme, we may reach difficult events of prioritizing young patients in need of critical care – in corona and routine diseases, “experts warn and note that” High priority, compared to other activities. That is why a correct outline is so critical.

“The education outline does not include most of the components that were planned to be included in it by the Ministry of Health. There are minimal tools for reducing infections. It is proposed to proceed with a new outline based on non-isolation tests Once the significance of the step has been clarified in terms of adherence to pilots to a sufficient extent. “

Hope that the morbidity will decrease despite returning to school, just so as not to impose even the minimum congestion limit, is unlikely, in the opinion of the experts.

The government is taking action. There is no room to consider closures. But there is also no logic or reasonableness in holding large gatherings in favor of events such as cultural and sporting events during a period of uncontrolled infection, with dozens of young patients coming for treatment every day. Events of this kind do not detract from the need to continue to do more to encourage public immunization, by all means aimed at the Ministry of Health Signal.

“Lessons learned from the trip to Uman, with thousands infected and two deaths of young people so far following this incident are evidence of the consequences of widespread gatherings in crowded conditions at this time – and the price per capita especially for unvaccinated young people (at least 20 patients Difficult and critical).

, According to which the purpose of the green label is to prevent infection and to protect the population taking part in activities in circumstances of high risk of infection, while allowing the economy to open up as much as possible now, in light of current infection trends and declining vaccines In its current form.

“Immunized in two doses after six and sometimes eight months after the vaccine, have lost most of the protection from infection and others and can create multiple infections at green marker sites. There is therefore no escape from updating the settings. Those who are not interested in getting vaccinated will enter these sites only with a quick check. All this should be done while constantly evaluating the effectiveness of the green label in preventing infection over time, and applying it mainly to gatherings indoors, including as part of the academic year that opens in a few days. “

The discussion also discussed an alternative to stopping. Braking efforts from the fact that most casualties are becoming increasingly unvaccinated who have apparently made a decision to take the risk. For . Non-immunization, similar to smoking), and the need and obligation to treat people according to the severity of their illness and the clinical indication.

Regarding the children’s vaccine, it was stated: To the public, since this is a key element in stopping the vicious circle of school infections and derivative infections of older family members. “

Decisions that prevent infection control – the heavy price both for children (Long Covid) with uncommon complications and for the contacts of adults, especially the unvaccinated and vulnerable adults.

1. Formally change the government’s goal for this intermediate stage and determine that we will strive to reduce serious illness by reducing and controlling infections. At all ages, including children, as the only tool for reducing morbidity. In the coming weeks, as predicted by the models, there may be a decrease in vaccine-related infections, but the possibility must be reversed when returning to school, as long as there is no “braking distance” or sufficient redundancy in the health system, so further increases may be costly.

2. Update the green label as content so that anyone who received two doses of vaccine six months or more ago will be required to undergo a negative test to enter events where the green label rules apply, in order to implement the green label’s purpose – preventing infection in risk gatherings.

3. Impose convergence restrictions on events within the framework of a green label, in particular a restriction within closed spaces (up to 300 people).

4. An individual effort must be made to reach and make the vaccine accessible to the 800,000 adults and boys who have not been vaccinated in the first dose. Relief of the congestion restrictions may be considered after a continuous decrease in morbidity.

5. The information and vaccination effort in the booster dose for the target population must be continued.

6. The administration of the regenerative drug should be promoted as widely as possible – within the allocation limits of the Ministry of Health – and ensure that all funds actively access this treatment to patients who are entitled to it.

7. A discussion should already be held about future conduct when a new variant or additional wave emerges due to the Delta strain, and the need to restore the balance between the good of the economy and the reduced likelihood of paying compensation to businesses, and public health and reducing morbidity and mortality. In our opinion, this matter has shifted too much in the direction of the good of the economy.

8. The outline of education must be updated and strengthened. Operate a wider range of tools than a green classroom outline – with an emphasis on classroom ventilation, outdoor learning when possible. Implementing the protective education program and operating a green classroom – only in circumstances that will prove, in the pilot, to prevent a large majority of cases of infection.

9. The first phase of a long-term and budgeted plan for investment in the health system as a key tool in national resilience and readiness for the future must now be promoted and implemented immediately.

WASHINGTON, Sept 24 (Reuters) The White House said on Friday that millions of federal contractors must be vaccinated against COVID-19 by Dec. 8 and that the administration will add clauses to future government contracts mandating inoculations. President Joe Biden signed an executive order on Sept. 9 requiring federal contractors to mandate vaccinations, but many U.S.…
Read More

CDC Staff: After Third Dose for the Immunocompromised, Hold Off on ‘Booster’

Immunocompromised people who received an additional dose of COVID-19 vaccine are among those not yet indicated for boosters, and the jury is still out on boosters for previously infected individuals, CDC staff said on Tuesday. During a call with clinicians, CDC staff clarified the definitions of "additional dose" and "booster dose," noting that an additional…
Read More 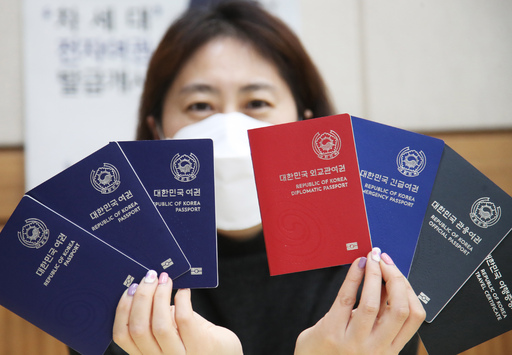 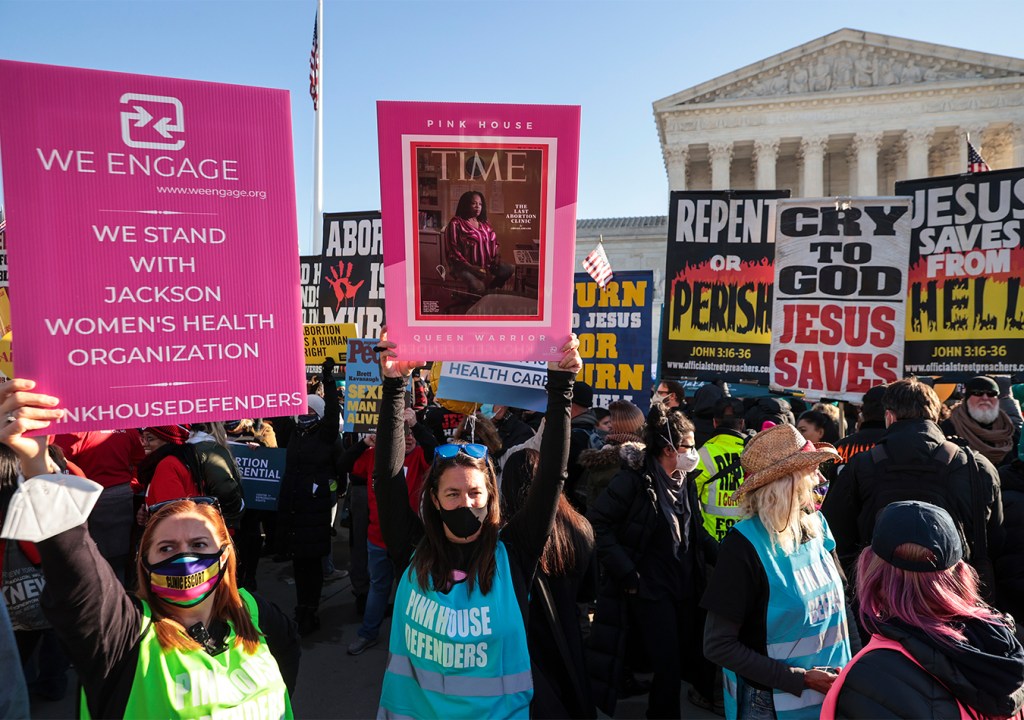 A crowd rallies outside the U.S. Supreme Court on Dec. 1 as the justices hear arguments in a case about a Mississippi law that bans most abortions after 15 weeks. (Chip Somodevilla / Getty Images) When he was running for president in 1999, George W. Bush, then governor of Texas, famously fended off the strong…
Read More 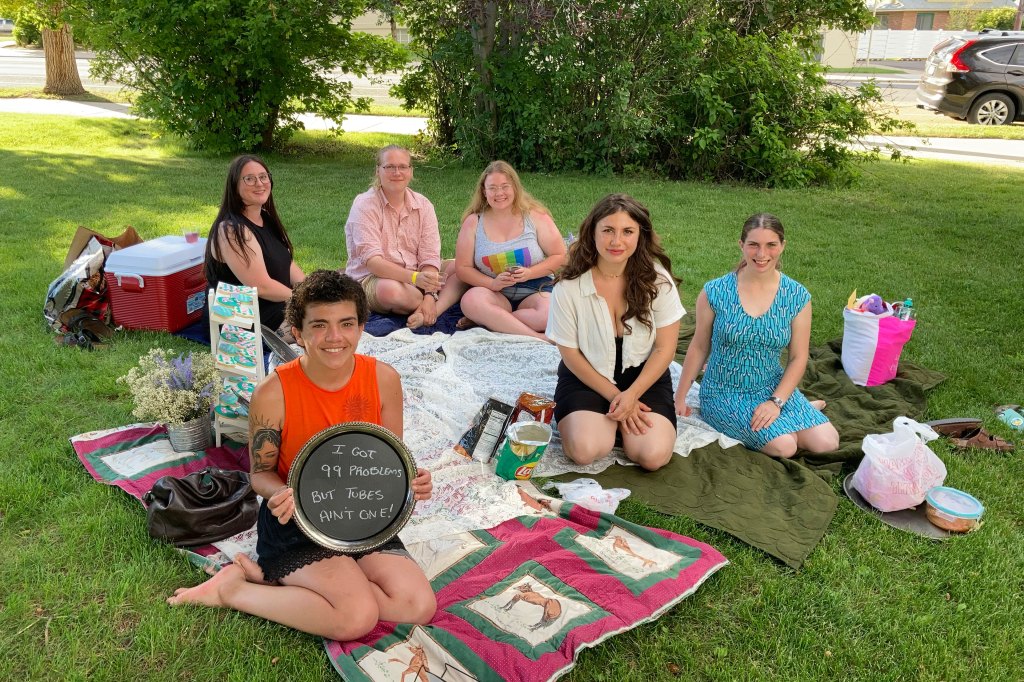 Post-‘Roe,’ People Are Seeking Permanent Sterilizations, and Some Are Being Turned Away

HELENA, Mont. — A handful of people recently gathered in the shade of a large pine tree for a going-away party of sorts. Their friend, Dani Marietti, was going to have her fallopian tubes removed, a decision she made after a leaked draft of the U.S. Supreme Court’s decision to overturn the constitutional right to…
Read More 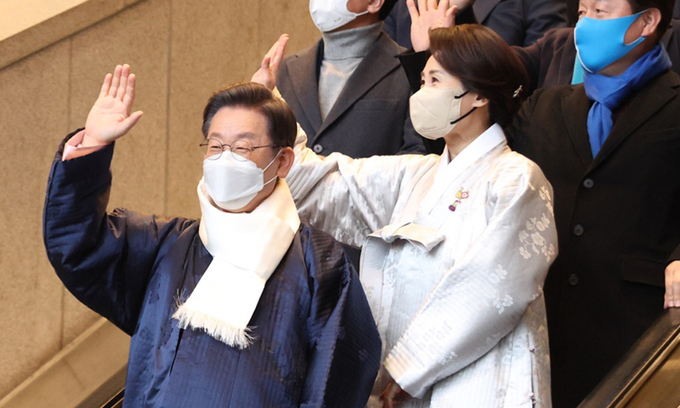