A new equation to estimate kidney function without a race variable is being recommended for use in clinical practice, a joint task force of the National Kidney Foundation (NKF) and the American Society of Nephrology (ASN) reported.

Published in both the American Journal of Kidney Diseases and the Journal of the American Society of Nephrology, the final report reassessed the long-standing practice of using race-based equations when measuring estimated glomerular filtration rate (eGFR).

Co-chaired by Cynthia Delgado, MD, and Neil R. Powe, MD, MPH, MBA, both of the University of California San Francisco, the task force is instead now recommending that laboratories and clinicians immediately adopt a new Chronic Kidney Disease Epidemiology Collaboration (CKD-EPI) creatinine equation when screening U.S. adults, which was newly developed without the inclusion of the race variable.

“The NKF and ASN urge all laboratories and healthcare systems nationwide to adopt this new approach as rapidly as possible so that we can move towards a consistent method of diagnosing kidney diseases that is independent of race,” said Paul M. Palevsky, MD, president of the NKF, in a statement. “While the work of the task force is an important initial path forward, both of our organizations are committed to continuing to work to eliminate disparities in the diagnosis and treatment of kidney disease.”

In a similar vein, Susan E. Quaggin, MD, president of the ASN, said in her own statement that adopting the CKD-EPI creatinine equation refit without the race variable is “promoting healthcare justice.”

During the 10 months of deliberation, the task force delved into each of the 26 eGFR approaches, half of which included race as a variable in either the calculation or reporting. After whittling down equation candidates, eliminating some based on ease of implementation across laboratories and how they might disproportionately affect certain patient groups, they settled on five potential approaches to closely weigh and validate. These eGFR equations were compared with measured GFR or to the reference equation, the CKD-EPI creatinine-based equation (eGFRcr).

In an attempt to quantify differences between potential equations, the CKD-EPI led by Lesley Inker, MD, MS, of Tufts Medical Center in Boston, developed some of their own eGFR equations without the race variable.

“An equation that doesn’t consider a variable for race groups in its development would be the most inclusive for all patients, and we sought to evaluate this new equation for its accuracy compared to measured GFR and impact on chronic kidney disease prevalence in the United States,” Inker told MedPage Today, who was also part of the task force. “For best care of patients and optimal planning for public health, we thought it was important that any change to GFR estimates be based on rigorous evaluation of the data.”

This study, separately but simultaneously published in the New England Journal of Medicine (NEJM), found that the current creatinine equation, eGFRcr(ASR) — incorporating age, sex, and race — overestimated measured GFR in Black patients by a median of 3.7 mL/min/1.73 m2. That being said, this standard equation also slightly overestimated GFR in non-Black patients, but only by a median of 0.5 mL/min/1.73 m2. This discrepancy showed an overall differential bias of 3.2 mL/min/1.73 m2 (95% CI 1.3-5.0).

These comparisons were based on a validation dataset of 12 studies, incorporating 4,050 participants, of whom 14.3% were Black.

However, when the race variable was simply omitted from the existing eGFR equation, measured GFR in Black patients was then underestimated by a median 7.1 mL/min/1.73 m2.

Dovetailing with this study, a second study not affiliated with the task force but also published in NEJM, likewise sought to determine which variables needed to be included to most accurately estimate GFR.

Similar to the study from Inker et al., they found that using a current equation that omitted race underestimated GFR (median difference between measured and estimated GFR 3.99 mL/min/1.73 m2) and was less accurate than a model that included race.

Even when other metrics were included — such as body composition metrics and urinary excretion of creatinine — there still appeared to be some degree of misclassification.

Go’s group also found that estimating GFR with cystatin C seemed to be best. Specifically, there was the least amount of bias and greatest amount of accuracy when cystatin C was included in the estimation for Black patients, allowing for race to be eliminated (median difference 0.33 mL/min/1.73 m2; P10 41% for accuracy, 95% CI 34-49).

“We were pleasantly surprised our study showed that neither self-reported race or degree of genetic African ancestry were associated with a person’s blood level with the cystatin C test,” Go told MedPage Today. “Even better, we found that using cystatin C instead of serum creatinine to estimate actual kidney function was as accurate without the need to consider race or genetic information among the diverse population of people with chronic kidney disease we studied.”

He added that his group was “a little surprised that even when we also accounted for a number of other factors that contribute to a person’s blood creatinine level besides age and sex, you still need to include race — or genetic ancestry — information if you want to use blood creatinine to estimate kidney function the most accurately.”

“This means that there are things we were not able to measure that lead to different blood levels of creatinine between different racial groups,” he pointed out. “It also means that you can’t just drop the race variable from existing estimating equations.”

While the NKF-ASN task force’s suggestion for the new CKD-EPI creatinine equation without the race variable doesn’t include cystatin C, the report does make a call for greater national efforts to increase the use of cystatin C in confirming eGFR.

“Combining filtration markers (creatinine and cystatin C) is more accurate and would support better clinical decisions than either one marker alone,” they noted in their recommendations.

The modified versions of the CKD-EPI eGFR-cystatin C and eGFR creatinine-cystatin C equations without the race variable could be used in first-line testing, as well as confirmatory testing, only if “ongoing evidence supports acceptable performance,” they added.

“We were pleased to see that the task force’s other recommendation — to move to increased use of a reliable serum cystatin C test — aligned with our study findings,” Go said. “Ultimately, we have the same goal: identifying and implementing an equation that does not include race, accounts for the diversity in the U.S., and will create equity in the diagnosis and management of kidney disease.”

While this “refitted CKD-EPI equation using blood creatinine levels without a race variable is a reasonable interim step in clinical care, this approach is still not as accurate as we need it to be for all patient groups,” Go pointed out.

Rounding out the task force’s recommendations, the panel made a final call encouraging more research on GFR estimates using new endogenous filtration markers, as well as for interventions aimed at eliminating racial disparities.

“An investment in science is needed for newer approaches that generate accurate, unbiased, and precise GFR measurement and estimation without the inclusion of race, and that promote health equity and do not generate disparate care,” the task force concluded.

The NKF and ASN have invited the public to comment on the task force’s final report.

The task force members received no funding, but members reported many disclosures.

The Inker et al. study was supported by grants to Tufts Medical Center from the National Institute of Diabetes and Digestive and Kidney Diseases. Inker, Eneanya, Crews, and Powe also served on the task force.

The Go et al. study was supported by a cooperative agreement with the National Institute of Diabetes and Digestive and Kidney Diseases and several institutions. 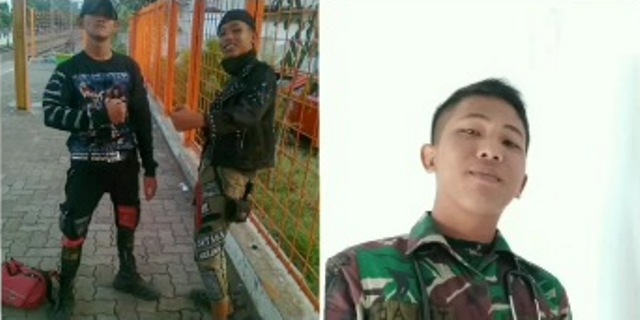 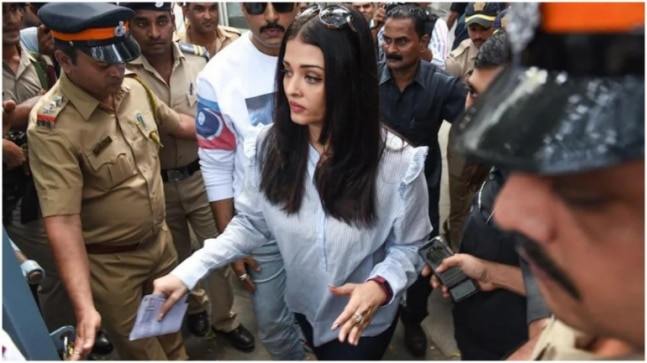 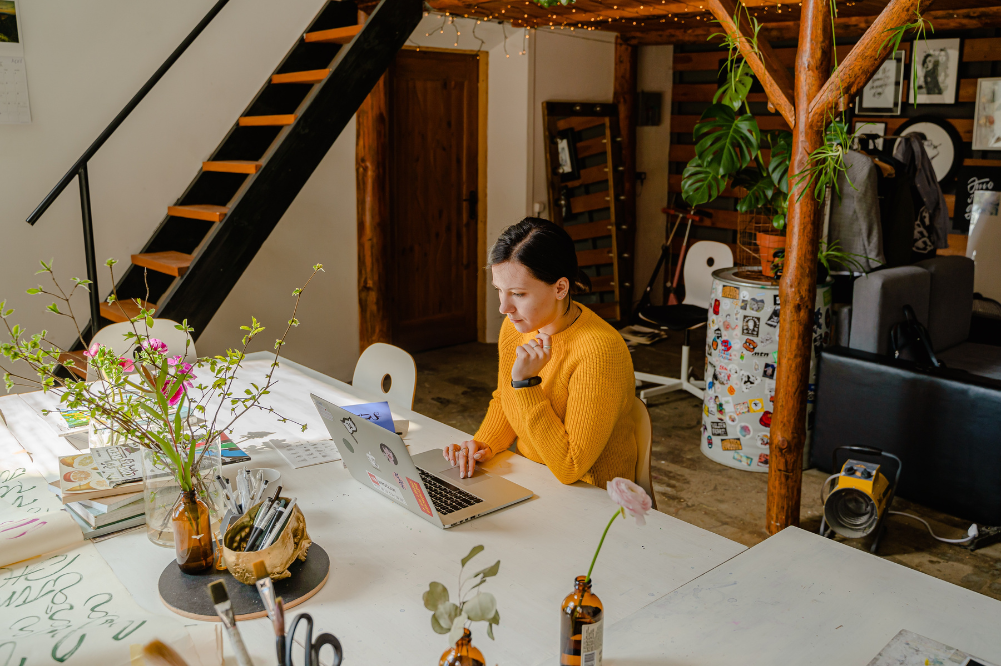 It helps to untangle productivity from moral goodness and virtue. Hard work is not morally superior to relaxation. If you place your worth on getting a lot done, you will always be taking on more than is healthy. Doing “enough” is never enough once you have fallen into the “toxic productivity” trap. And that doesn’t
Read More Responding to patients who may mistrust you

People who mistrust healthcare organizations due to discrimination and other factors are less likely to take medical advice and keep follow-up appointments. Transforming Care spoke to Laura Bogart, Ph.D., a social psychologist and senior behavioral scientist at the RAND Corporation whose research has documented the effects of medical mistrust on HIV prevention and treatment outcomes
Read More 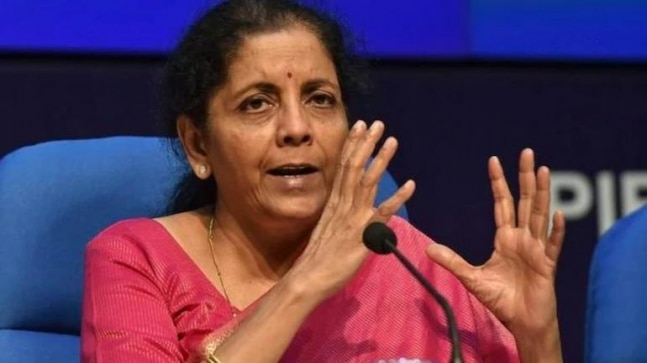