What Is The Evergrande Crisis Affecting Some Of The Wealthiest Names

Evergrande Group is China’s biggest real estate firm that is on the brink of bankruptcy.

The group has seen its shares plunge nearly 80 per cent this year and has already faced multiple downgrades by rating agencies.

The crisis is also costing the big names. Elon Musk’s net worth took a toll of $7.2 billion to reach $198 billion on Monday, while Jeff Bezos, once the richest man on the planet, say his net worth fall to $194.2 billion, losing $5.6 billion, according to the Bloomberg Billionaires Index.

But what is this crisis causing jitters in the market?

Simply put, the firm is facing debts it doesn’t have the resources to pay off.

The company had started out in 1996, selling bottled water. Following a brief stint in pig farming, the company now owns China’s top professional soccer team (Guangzhou Football Club, managed by former Real Madrid centre back Fabio Cannavaro), and has long been the face of the Chinese real estate boom.

It rose as it did by riding on a sustained surge in property prices in China — also the main driver of the post-pandemic Chinese economic expansion — to expand into more than 250 Chinese cities selling home-ownership dreams to the country’s middle class.

However, trouble came the firm’s way when Chinese regulators kicked off probes into the high borrowings of property developers, as part of a widespread clampdown on sectors such as the digital economy and education. As a counter, Evergrande tried selling off some of its business.

But the demand for property has been dwindling in the Chinese markets of late.

The property developer is now left under a $300 billion liabilities burden that has annihilated both its credit rating and share price, leading it further down the rabbit hole.

Faced with nearly 800 unfinished residential buildings, many unpaid suppliers and over a million homebuyers who have partially paid for their properties, the company has nowhere to turn to.

Most immediately, the property developer has two interest payment deadlines coming up worth nearly $84 million on its bonds on Thursday and another worth over $47 million on September 29. It may be noted that both bonds would default if Evergrande fails to settle the interest payments within 30 days of scheduled payment dates.

Analysts believe the company is likely to default unless it successfully negotiates a restructuring plan with banks.

To top that off, the company has also been unable to repay investors in the wealth management business.

This company falling could mark the start of a chain effect, primarily within the nation but also amongst many nations that are in business with China. For that very reason many are of the opinion that the Chinese Communist Party will intervene to save the day for this company.

Evergrande Group’s founder and Chairman Hui Ka Yan has also seen his fortune plummet to $7.3 billion from a peak of $42 billion back in 2017.

Also Read; India May Have Its First Electric Highway Soon These Chef-Recommended Quick Lunch Recipes Are Worth Trying

From quick, healthy salads to desi meals, we curate ten-minute lunch recipes that are perfect for your daily cravings, and follow clean eating habits We all know that breakfast gets the title of the most important meal of the day, whereas dinner gets the lowest. But what about lunches? The Westin Pune Koregaon Park’s chef…
Read More 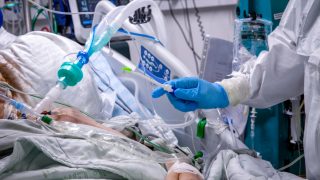 Sidharth Malhotra and Kiara Advani’s chemistry was unmissable in Shershaah, and it had people talking more and more about their equation. While the lovebirds have not admitted that they are dating each other, they subtly have dropped hints about each other with their social media posts, red carpet arrivals and more. Also Read: Are Kiara…
Read More

Fight coronavirus (COVID-19) transmission at homeUsed properly, most common household disinfectants will kill the virus that causes COVID-19.By Mayo Clinic Staff Getting a COVID-19 vaccine is the most effective way to prevent the spread of the COVID-19 virus and lower the risk of serious illness. Frequent, thorough hand-washing and wearing a well-fitted face mask in…
Read More You don't have permission to access "http://www.indiatoday.in/movies/celebrities/story/sonu-nigam-conferred-with-padma-shri-padma-bhushan-for-bengali-actor-victor-banerjee-1904372-2022-01-25?" on this server. Reference #18.3d67d117.1644635271.65e38c6
Read More
Index Of News
Consider making some contribution to keep us going. We are donation based team who works to bring the best content to the readers. Every donation matters.
Donate Now
Total
0
Share