A fourth-wave, pandemic edition of RBC Bluesfest wrapped up Saturday after three nights of concerts at Lansdowne Park’s Great Lawn, and the prevailing sentiment was: “I forgot how much I needed this.”

After the long months of lockdowns, isolation and uncertainty, a pair of back-to-back music festivals was just the cure for the pandemic-weary population of Ottawa-Gatineau. We needed the escape of dancing, singing and grooving along to our favourite songs, not to mention the camaraderie of sharing a collective experience with other like-minded, double-vaxxed music lovers.

The second of the two Ottawa Fall Festivals (after last weekend’s CityFolk), Bluesfest was an occasion for celebration for everyone involved, not only fans and performers but also backstage workers, techs, food vendors, volunteers, security personnel and all the others who supply services to a festival.

“It’s warm, it’s not raining and you’re all vaxxed,” proclaimed Tom Cochrane during his terrific headlining set with Red Rider on Saturday, his tone of triumph eliciting a huge cheer from the crowd of several thousand.

He had a point. With the capacity of the site set at 5,000 instead of 15,000 and everyone required to show proof of full vaccination at the entrance, many of the risks associated with hosting a gathering in the COVID-19 era were mitigated. Other safety measures included cashless transactions and plenty of sanitization stations.

Attendance was good throughout the weekend, despite the ever-changing weather conditions. About 2,500 people endured heavy rain to see an epic performance by Half Moon Run on Thursday, while about 5,000 braved Friday’s chilly breeze for the thoroughly entertaining double bill of Jann Arden and Barenaked Ladies, the festival’s biggest night.

Like every artist who performed, Cochrane was thrilled to see the throngs of beaming faces in front of him, a peaceful and well-behaved crowd whose imbibement of choice appeared to be the gummy form of edible cannabis, judging by the number of times I heard the word “gummy” from folks yacking during the show.

Most people wore masks when they weren’t sipping a beverage or noshing on snacks, and everyone generally kept a respectful distance from each other, even in the mosh-pit zone in front of the stage.

The 68-year-old Can-rock legend was in top form, his voice strong and clear during a hit-packed set that also showed a soulful, sensitive side during an acoustic segment. With the full band, there were glorious sing-along versions of Sinking Like a Sunset, No Regrets and Life is a Highway, as well as a cathartic rendition of Big League, with its message that life can change in an instant, dedicated to the victims of the Westboro bus crash.

Cochrane also emphasized the renewed relevance of his 1981 anti-racism song, Lunatic Fringe, urging people to push back against misinformation. “Don’t ever let anyone confuse you about democracy,” he said.

Saturday’s program, which also featured veteran rockers April Wine, began with a blast of blues-rock finery by hometown heroes MonkeyJunk, the only Ottawa-based act on the all-Canadian weekend program. For band members Steve Marriner, Tony Ditodoro and Matt Sobb, it was a long-anticipated return to their natural habitat, the stage, and they didn’t waste a minute of it, delivering a hard-hitting set that ranged from the powerful, gospel-infused Once Had Wings to the fiery Light It Up.

The band was tight and the energy level high, partly because there were some new fans in the audience to impress: Marriner’s future in-laws, who made the trip to Bluesfest from Southern Ontario, and Sobb’s seven-month-old grandson were all seeing the band for the first time.

Other weekend highlights included the Barenaked Ladies’ slaying of the crowd on Friday with a stretch of tunes that veered from the lilting If I Had a Million Dollars to the arena-rock punch of drummer Tyler Stewart singing Bon Jovi’s Living on a Prayer. It was a climactic peak that was followed by the warm voice and comfortable tunes of songstress Jann Arden, leaving some to wonder if the order of artists should have been reversed. Looking for a no-nonsense, go-anywhere machine? Ford has something for you. The American company has just taken the wraps off the Bronco Raptor. Yes, it is a meaner and off-road friendlier version of the Ford Bronco. And boy, it seems like it’s going to be a hoot!  Designed by the same folks who worked on…
Read More

A former student of the University of California Los Angeles has filed a lawsuit against her alma mater and the UC Board of Regents, accusing Edward Wiesmeier, MD, a gynecologist who worked at the school's student health center, of committing acts of sexual assault and battery during their appointments. According to court documents obtained by…
Read More Ryerson University’s The Creative School will be offering a course called “Deconstructing Drake & The Weeknd.” The course would delve into the lives of artists Drake and the Weeknd. Aubrey Graham, who likes to go by the Drake and Abel Makkonen Tesfaye, who we know as The Weeknd, are both award-winning musicians that hail from…
Read More

Netflix's latest horror limited series from writer/director Mike Flanagan, Midnight Mass, is set on a small, remote island. The show explores the ideas of religion, belief, forgiveness, and asks the age-old question of whether or not people can change and ideas can evolve. So given all that, it's natural that we get a soundtrack that…
Read More 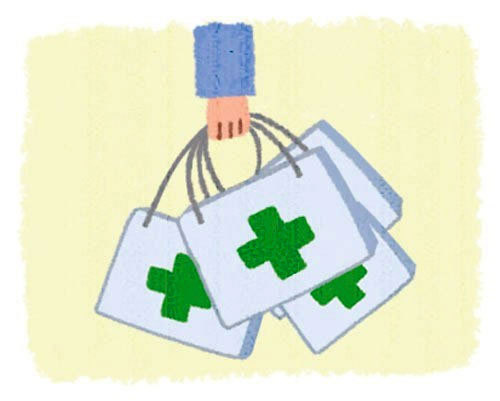